SMPTE 2110: Is it fit for the future of broadcast?

As live production moves to the cloud, can SMPTE Standard 2110 evolve to retain broadcast quality standards or should the industry wholeheartedly embrace web technologies? 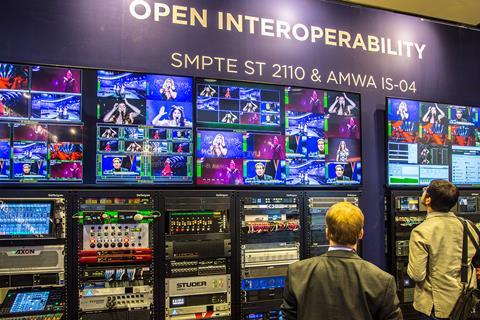 SMPTE 2110: At a crossroads due to rapidly changing content consumption

Broadcast production is at a crossroads and CTOs have a decision to make: should their new studio or mobile facility be built using SMPTE standard 2110 or something that might be more suitable for the cloud computing age?

It’s a problem that has surfaced in recent months as large-scale live production — the area of premium broadcast programming for which 2110 was principally designed — has shut down or reverted to using less conventional technologies to keep on air.

For many, ST 2110 still represents the bedrock of professional production and a relatively risk-free way to segue the industry’s legacy SDI base into IP. Others see an existential crisis in which broadcast engineering-based standards are a cul-de-sac and that if traditional players are ever to innovate on par with internet-first streamers they need to change the narrative.

“A growing number of broadcasters are asking themselves do they really need to continue building the broadcast stack along conventional lines or is now the time to embrace web and other technologies more generally in production.”

For many the issue boils down to the engineering mindset. If your starting point is to build a perfect pipeline where all the important performance indicators like frame sync are under full control and can be guaranteed, then this will inevitably fail when working in the cloud.

A STOP2110 website is blunt. It lambasts the standard as a “train wreck”, “worse than SDI” and “old school hardware engineering combined with design by committee.” The site doesn’t suggest any genuine alternative and its author lacks the courage to go public, but it begs the question – why has a dry international specification drawn such ire?

The value of ST 2110
From the analogue era through SDI the industry has used baseband video simply because it’s the highest quality. Without processing, uncompressed media also offers the lowest latency because in live you want to interact with your studio and your performers.

“Audiences started to accept glitches, streaming issues and for that matter more often than not poor video and audio quality; our expectations for more 4K UHD in 2020 turned into Covid Quality,” IABM report

When it came to devising a means to migrate the industry into IP, these fundamentals were sensibly maintained. Standard 2110, for which SMPTE and co-developers VSF, EBU and AMWA have been awarded a Technical Emmy, reinvents SDI by providing for uncompressed video and precision timing.

It differs significantly from SDI in splitting audio, video and metadata into separate streams (or essences). Instead of having to worry about running the correct type of cable and signal to various locations, broadcasters have far greater versatility to be a responsive studio business. 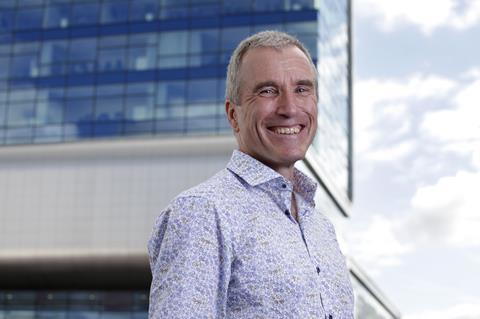 “The idea that you could separate the flexibility that you needed from the cabling you laid down was considered a goal worth achieving,” says Bruce Devlin SMPTE’s Standards Vice President.

Since standardisation in 2017, ST 2110 interfaces have been added to core equipment from cameras to multiviewers enabling broadcasters to build new facilities entirely in IP. BBC Wales’ new facility in Cardiff, is one example.

It achieved its aim of unifying the industry around a common suite of IP specs and allows broadcasters to migrate as fast as their investment allows by keeping one foot in the SDI camp.

However, the rocketing rise of OTT streaming and the advance of cloud computing exacerbated by Covid-19, has put the future of 2110 under scrutiny —even at SMPTE itself.

“It is not really that 2110 is the wrong standard, it’s that the means of content consumption has started to change rapidly,” Devlin says. “The global pandemic accelerated this when live sports and stage events, all the stuff that 2110 is dedicated to, almost vanished overnight.”

Cloud-based workstations using PCoIP, and low-cost low bandwidth video transmission has become the norm. Business teleconferencing tools, smartphone cameras and webcams are in routine use in at home scenarios for both production crew and on-air talent. ST 2110 was not designed for this.

What’s more, the audience has begun to accept what the IABM calls ‘Covid Quality.’

“The use of off-the-shelf collaboration tools may not be ideal, but it keeps the media factories running,” it finds. “Audiences started to accept glitches, streaming issues and for that matter more often than not poor video and audio quality; our expectations for more 4K UHD in 2020 turned into Covid Quality.”

PTP meets floppy timing
It’s not as if things will go back to normal when the pandemic passes. Remote production links contributed over the internet were advancing anyway. Now they are entrenched. Cloud computing and cloud services are becoming ubiquitous.

“We’re having to find ways to use the 2110 ecosystem to connect nano-second accurate studio environments with remote operations over the internet or in the cloud where floppy timing exists,” Devlin says.

The Joint Taskforce on Network Media (JT-NM) which coordinates SMPTE 2110 and the wider development of a packet-based network infrastructure, is investigating ways to connect the Wide Area Network of a production plant with tools, applications and facilities outside of the studio.

However, current cloud connections are not up to the quality standards required for low latency live streaming media. Therefore, SMPTE says research into quality-enhancing technologies, such as retransmission or Automatic Repeat reQuest (ARQ), is crucial to improving the network infrastructure required to deliver broadcast-quality transmissions.

“The JTNM say we still need 2110 accuracy within a facility but we don’t necessarily need 2110 perfection between two facilities or between an OB truck and a facility,” says Devlin.

“It is not really that 2110 is the wrong standard, it’s that the means of content consumption has started to change rapidly…the global pandemic accelerated this when live sports and stage events, all the stuff that 2110 is dedicated to, almost vanished overnight,” Bruce Devlin, SMPTE

“It’s finding a way to take the gold-plated excellence of 2110 together with parts of the ecosystem which are less gold plated and using them both to produce better in a Covid world.”

One option is to compress media to get it to and from the main production plant or into and out of cloud. The leading scheme is ISO standard JPEG XS, a mezzanine compression that squeezes the bits sufficiently to save on bandwidth but not hard enough to destroy the quality needed for manipulation, like chroma keying, in production. Crucially for live production, JPEG XS exhibits extremely low latency. It is already mapped into the 2110-22 ecosystem and products are launching with JPEG XS capability.

ProAV interoperability
Also in the works is a proposal to standardise the interoperability of products within the Pro AV sphere. The Internet Protocol Media Experience (IPMX) would encompass many technologies being used by at-home productions such as robotic PTZ cams and web-cams as well video conference codecs.

IPMX is based on 2110 and promoted by the Alliance for IP Media Solutions (Aims), which is chief cheerleader for ST 2110 in broadcast. This makes sense since, according to Aims, a quarter of its members sell into both broadcast and AV markets.

The move also recognises that both AV and broadcast are undergoing a transition to IP. The benefits are similar for both industries such as bi-directional cables and reduced space. The gear used to produce and distribute content for giant screens at music venues, for digital signage or esports events is also sold into broadcast. And in many cases the quality of AV content exceeds that of broadcast.

The elephant in the room when talking to SMPTE, Aims and ST2110 supporting vendors like Imagine and Sony is the widely used video over IP transport scheme NDI. Developed by NewTek and owned by Vizrt, NDI is a live production protocol considered a non-starter by backers of 2110 because its heavy compression is considered unsuitable for broadcast and its proprietary nature incompatible with open standards. 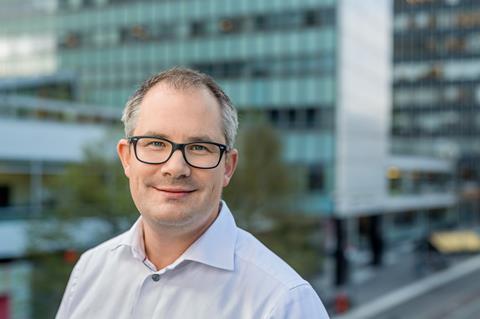 Innovating production
However, these arguments are precursors to the wider challenge of evolving production to deliver truly personalised, interactive media.

This is generally considered the future of ‘TV’ and is tantalisingly in reach thanks to high-speed high bandwidth technologies like 5G. In comparison, the production of content itself remains in the dark ages and ST 2110 is considered by some to be part of the problem.

“Fundamentally, if TV is to transform it must overcome the brick wall between production and distribution,” says Bolin. “These two domains are separated and 2110 is not the solution.”

He argues the while the upstream process in TV all about creating content the downstream process attempts to reach as wide an audience as possible, whether through satellite, cable or DTT and now the internet.

“Upstream has worked with the same production processes and tech stacks for five decades but the growth of the internet has forced broadcasters to increasingly work with internet-based technologies downstream.

“Yet it is incredibly difficult today for viewers to contribute video upstream. This is by design. It is not a consequence of the technology. It is how we have designed the technology.”

Bolin says he wants to see technology that “not only allows” but “encourages the industry to mix and blend downstream and upstream processes” to enable TV formats more tailored to the viewer or concepts that allow viewers to contribute to the live programme.

BBC in the cloud
These are not the thoughts of one maverick vendor. The BBC is thinking along identical lines.

Having started to use IP in production centres like BBC Wales fitted with 2110 it now says, “the content-making capacity and equipment in these facilities is still mostly fixed during the design and fitout stages, meaning large changes can only occur during a re-fit. The business operating model of a current generation IP facility is also fairly inflexible, with large capital expenditure required upfront.”

Those are alarming statements given that they could equally apply to SDI, the prison from which ST 2110 promised escape. Content still has to be created using traditional broadcast equipment in a physical production facility.

BBC R&D is therefore investigating how it can apply the cloud computing technologies which run iPlayer to its production operations.

“R&D are working with colleagues from around the BBC to join up these two areas, enabling broadcast centre-style production operations to occur within a software-defined cloud environment,” it states.

“If TV is to transform it must overcome the brick wall between production and distribution,” Johan Bolin, Edgeware

“We think the benefits of this will be huge, making our physical IP facilities even more flexible, and enabling us to deploy fully virtualised production systems on demand. Ultimately, this will help the BBC make more efficient use of resources and deliver more content to audiences.”

Edgeware is making similar explorations. “The idea is to take web-based technologies and the tech stacks and concepts from games development and esports and incorporate those into the TV stack,” says Bolin.

No matter how perfect the upstream there will always be imperfection in the downstream. That’s true with SDI or 2110 since the source is always degraded in some form during distribution. Bolin says the industry should prioritise innovation in production and work with internet’s concept of best effort distribution.

Indeed, there are a number of protocols for smoothing loss, jitter and latency such as MPEG DASH, RIST and SRT which do mitigate the internet’s deficiencies.

“We should facilitate innovation rather than seek perfection,” he says. “Today’s best effort is pretty darn good.”