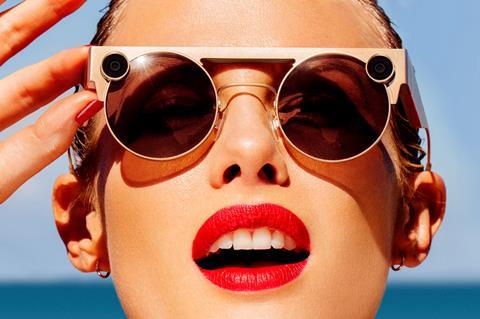 Spectacles 3 is the company’s third version and attempt to enter the niche market capitalising on augmented reality (AR) technology and the consumer opportunities.

In a statement, the Snapchat creator announced the frames are built with a strong yet lightweight steel and features dual HD cameras on either side of the frames to capture “depth and dimension the way your eyes do.”

The new production of the smart glasses aims to power new AR creative tools linked directly with Snap and a suite of new 3D effects.

“Use the included 3D Viewer to immerse yourself in one of your own memories or enjoy someone else’s perspective.”

The company is mitigating the risk failure after the previous two versions did not gain widespread popularity with its third version set to be shipped this autumn with a limited release and priced at $380.

In 2017 Snap wrote down $40 million in unsold glasses after launching only a year prior.

Snap gained popularity among users through its AR features, including lenses that can overlay effects like dog ears, or the most recent fad of changing a user’s gender in Snapchat images.

The company added 13 million users in the second quarter, of which 7 million to 9 million were from the new AR lenses, the company announced.

Last week, Snap said it would raise $1.1 billion in debt to fund further investments in AR, content and possible acquisitions.

Last month, IBC365 reported Snapchat is rolling out Creator Shows on its Discover page, where the initiative is expected to provide popular content creators an opportunity to gain revenue through Snapchat, similar to YouTube’s business model.

Celebrities and influencers have begun airing short-form programmes on Snapchat in a move to extend audience engagement and monetise video content.