The final whistle of Super Bowl LIII sounded on Sunday ending its lowest scoring head-to-head in history and the build up to its perennially anticipated half-time show saw numerous high profile drop outs in support of Colin Kaepernick. Ross Biddiscombe explores how the event’s viewership fared.

It seems like the National Football League just cannot catch a break right now. Following a season of higher TV ratings than 2017 and after riding out a new series of on and off-field controversies, this year’s Super Bowl audience turned out to be a major disappointment. Despite two of the most exciting, high scoring teams taking part in the 53rd edition of the NFL’s showcase event and with many marvellous back stories for media headlines, the post-game chatter centred on the worst TV viewing figures across America for a decade. 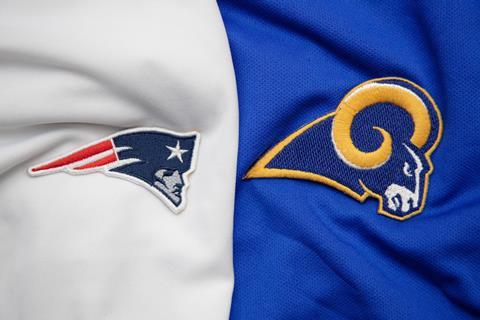 Initial numbers showed a 44.9 overnight Nielsen audience rating for the New England Patriots’ 13-3 win over the Los Angeles Rams well down on last year’s 47.7 and nowhere near the record set in 2015 of 49.7. Those figures convert to about 98 million viewers for Sunday’s game compared to 103 million last year, about a 5% audience drop from NBC’s broadcast 12 months ago.

Although full, consolidated figures will only be available next week, pundits are already asking what happened and whether previous recent predictions about a long-term decline in live pro football viewing on TV are still true.

In 2017, the NFL has lost audiences due to major PR nightmares such as players kneeling during the national anthem (a protest that prompted President Donald Trump to call the players “sons of bitches”) and horrific details about large numbers of untreated concussions leading to player brain injuries. The 2017 NFL season witnessed unprecedented falls in audience numbers on the back of those storylines - as high as 20% for some key shows.

There is an argument that Sunday’s poor Super Bowl audience does not define the NFL’s overall television viewing strength. After all, NFL games racked up 46 of the top 50 audience numbers in the whole of last year.

Nevertheless, there has to be an inquest into the league’s most important game of every season. This week-long build-up always causes the Super Bowl to feature daily on TV networks and also trend on all social media platforms and there’s huge value in that, but critics will always look at the game’s TV audience ratings as judgments of NFL success or failure.

What went wrong?
Well, firstly, many sports fans claimed to be bored with the New England Patriots (playing in their fourth Super Bowl in five years), while the predictions of a slew of touchdowns blew up in the forecasters’ faces as only 16 total points were scored in the game, the lowest in history.

Whereas there were many games in the 2018 season which were a festival of points (one game between the Rams and the Kansas City Chiefs finished 54-51), this Super Bowl was dominated by defenses with only a single touchdown scored and that came in the middle of the fourth quarter.

The lack of offense probably sent lots of casual football fans to bed early, although the tradition for the non-fanatics is to watch the half-time musical extravaganza (which usually finishes around 9pm Eastern time) and then decide if they have had enough. 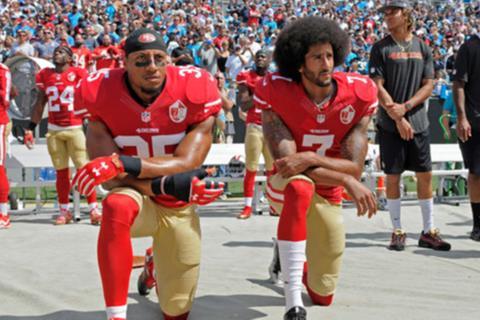 But the half-time show from the game in Atlanta this year was never going to be a blockbuster. In the past, the likes of Michael Jackson, Prince and Beyonce have sung their hits in the on-field concert.

However, this year Maroon 5, a multi-award-winning band, but not on the level of previous performers, tried unsuccessfully to keep enough viewers happy. It didn’t help that the media reported how artists such as Rihanna had turned down the gig in support of the kneeling NFL players, particularly the now-iconic Colin Kaepernick who can no longer find a job with any of the NFL’s 32 teams.

Then there was a controversial refereeing call in the NFC Championship game two weeks ago that denied the New Orleans Saints a victory which would have had them playing on Sunday instead of the Rams. As a consequence, NFL fans in New Orleans said they would not watch the game and the city’s TV viewing rating was 20 points below the average at just 26.

Plus, of course, the Rams are new to Los Angeles. Their change of home town from St Louis happened just two years ago and that means many people back in Missouri are no longer in love with the NFL, while the newly-situated team organisation has had little time to enrol the eight million and more Los Angelenos into becoming huge Rams fans.

NFL Commissioner Roger Goodell has been battling against all these issues for well over 12 months and he still managed to be upbeat in his annual Super Bowl address a few days before the game. “Just to be clear, as I mentioned we have close to 200 million fans (in the US),” he said.

“We know there are segments that are going to have different reactions to different things that go on in our league. Ultimately I think people respect and admire the things we do and want to be part of it.”

So, things are not that bad for Goodell who can point to Nielsen numbers that stated 67% of US homes with televisions in use were tuned into the broadcast on Sunday, compared with 68% in 2018. A 1% drop is hardly a disaster. 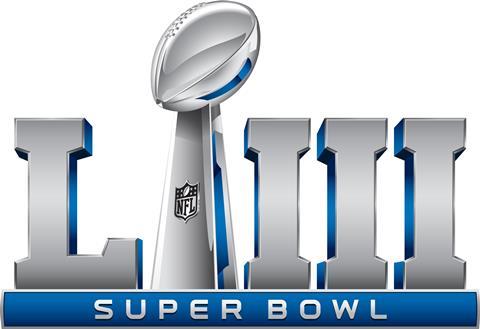 The commissioner believes that the NFL on TV is much stronger than a one-game disappointment, albeit their most important game. For one thing, Super Bowl advertisements are still the most sought-after on television with the rates for a 30-second slot now standing at a record $5.25 million.

Plus, even this year’s poor Super Bowl viewing numbers hit online rivals like Netflix. The streaming service even tweeted its own bad news, saying that “apparently this Super Bowl thing is kind of a big deal … looks like Netflix viewing in the US is down about 32% compared to a normal Sunday”. This rivalry did not stop both Netflix and Amazon Prime from advertising to the Super Bowl’s viewers with trailers for upcoming series.

The other good news for the NFL is that fans abroad are much less affected by all the controversies going on among the American public.

In the UK, for example, the BBC showed the game live and the audience peaked at 1.3 million in the opening five minutes (broadcast at almost 11.30pm, of course), a figure which was 100,000 more than the 2018 peak. In addition, online viewing figures for the BBC increased by 31% compared with last year. Overall, the NFL is likely to show worldwide viewing figures on a par with last year’s 160 million when the numbers are released in a few weeks.

So, although this latest Super Bowl defied many predictions – such as the number of points scored and the size of the TV audience – there is no denying that the NFL is a long way from the land of crisis. A couple of touchdowns before half-time in Super Bowl LIV next year and their numbers might be on the rise again.