Engaging the youth: The challenge of making kids TV

There is more content for kids to watch than ever before. So why is the kids’ TV market still so challenging for producers and broadcasters? Tim Dams reports. 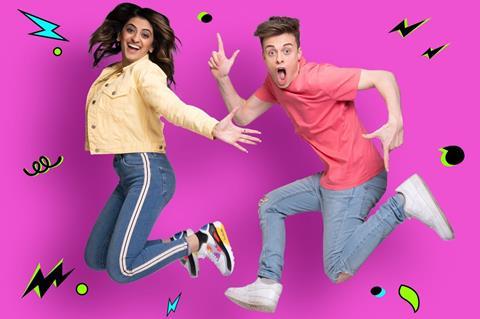 Today’s children have more media choice than ever.

It’s hardly a surprise that children’s viewing habits are changing radically as a result.

Meanwhile, 5- to 15-year olds are more likely to pick YouTube (45%) as their platform of choice over on-demand services such as Netflix (32%), or TV channels including the BBC and ITV (17%).

Children are drawn to YouTube for a variety of reasons. Cartoons and animations continue to be the most popular content among younger children (3-7s) while watching funny videos, pranks and music videos are more popular among older children. YouTube has increasingly become the ‘go-to’ place to find out about hobbies and interests.

Many children also told an Ofcom study that they felt YouTube content was more relatable and authentic than the perhaps more polished content on other platforms.

“Kids are the canary in the coal mine to the seismic changes that are happening in the industry,” said the director of BBC Children’s Alice Webb, speaking at a Royal Television Society event last month, devoted to kids TV, ‘Are the kids alright?’

Growing choice, slowing content
Despite this growth in media choices for children, there has not been the same explosion of content which is originated in the UK, aimed specifically at young UK viewers.

Indeed, the proportion of kids who feel there are enough programmes that show children who live in the same part of the country as them has fallen since 2018, according to Ofcom, down from 53% to 42% for 8-11s.

This perhaps reflects a 40% decline in investment in original British children’s programming by public service broadcasters (PSBs) between 2006-2017, to £70m. The problem has been an issue since 2003 after kids TV broadcasting quotas were removed, and restrictions on advertising sugary drinks and junk food in 2006 hit funding for commercial PSBs. This was compounded by the 2008/9 recession.

More recently, however, the UK Government has rallied to the children’s TV cause: tax breaks for children’s programmes were introduced in 2014; Ofcom was handed new powers to impose mandatory quotas on commercial PSBs in 2017; while a three year £57m Young Audiences Content Fund (YACF), administered by the British Film Institute, launched last April.

The BBC remains the most significant player in terms of investment and hours across all children’s genres in the UK, while rival commercial broadcasters like ITV, Channel 4 and Channel 5 have slashed spending on kids content. (ITV reduced the number of new UK-made children’s programmes on its main channel from 158 hours in 2006 to 47 hours in 2017, while C5 cut new UK-made programmes aimed at pre-school children from 150 hours to 32 in the same period).

In 2017, the BBC announced an additional investment of £34 million over three years in children’s programming. Crucially, says Webb, the BBC has focused on “making sure our content is where kids are.”

It has launched new apps such as Own It, Get Creative and Go Explore, and ordered iPlayer-first shows Get Even, Logan High and The A List, as well as series aimed at young teens like Nine to Five and Teen Taxi. 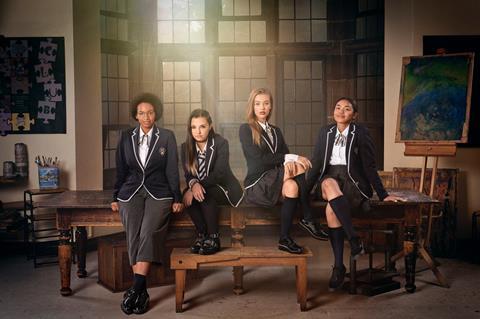 Get Even: One of the iPlayer first CBBC shows produced by the channel

This week, the corporation unveiled its first ever online multi-player game, Nightfall, which it said offered a safe gaming environment for young players to enjoy with their friends. It also invested a big screen version of its hit Horrible Histories series.

Webb says that despite viewing going down on linear channels, the BBC is “making up for it elsewhere,” including via apps, games and online. Indeed, across TV, BBC iPlayer and online, CBBC has an average weekly reach of 24% among 0-15s, while for CBeebies this is 48%.

“We want to ensure that we continue to be as trusted a guide in the digital space for kids as we have been in the linear space,” said Webb.

“We want to ensure that we continue to be as trusted a guide in the digital space for kids as we have been in the linear space.” Alice Webb, BBC Children’s

Still, Webb says the budgets for children’s shows are an issue, given competition from new entrants to the market such as Netflix. “We have to make choices. If we spend more on one show, there will be less for others. We will always never have enough money.”

“With all that demand, why is it so hard as an indie to make a living in kids TV?” he asked at the RTS event. The answer, he explained, is that the creative ecology in the public service television market is out of balance given the lack of funding from ITV, Channel 4 and

Channel 5. “It is dominated by one single broadcaster, the BBC. Creative competition just doesn’t exist.”

“I think the kids are alright, but fingers crossed the producers and broadcasters are going to be,” Bradley said.

On the plus side, he noted, Netflix has emerged as a new buyer of children’s programming and is looking for shows that are creatively ambitious and have global appeal – and is prepared to fully fund them.

“I think the kids are alright, but fingers crossed the producers and broadcasters are going to be,” Richard Bradley, Lion TV

Funding challenges
This is significant given that few other broadcasters will fully fund children’s programming. An animation, for example, might receive 10-20% of its funding from a UK broadcaster, leaving the producer to stitch together the rest of the finance from co-production partners and international broadcasters.

However, said Bradley, the bar is high to win Netflix funding. “You are competing as a producer with the whole world,” he said, including legendary producers such as Japan’s Studio Ghibli which has just licenced its back catalogue to the streamer. Netflix also takes all rights to projects, meaning that producers have no IP in the content they create.

The streaming giant also announced a multi-year output deal with Viacom-owned kids channel Nickelodeon last year. The deal sees Netflix partner with Nickelodeon to produce original and animated films and television series for children and families around the world.

Netflix, he added, is also getting “more muscular” in its deal-making. It is bearing down on the premium budgets it used to offer so that the streamer can now own all rights while paying less to producers.

Among all of the streamers, Netflix seems to have inadvertently cracked the teen market with shows like Stranger Things as well as library content such as Friends.

Beano Studios chief executive Emma Scott told the RTS audience that the streamer is “perceived as a cool brand” by kids, and is now viewed as something of a “basic expectation” in many children’s households. As such, Netflix realises that creating content for kids can help reduce churn – and is crucial for maintaining a strong subscriber base.

Kids TV producers will be hoping that many more broadcasters come to a similar conclusion in the years to come.