The role of tech in getting behind the camera

Getting a job behind the camera is more competitive than ever, despite the increasing volume of content creation. Could becoming more tech savvy offer a route into the industry?

With more content being produced that ever before, the demand for people to work in the industry is greater than ever, but there is also increasing competition for roles such as camera operator. 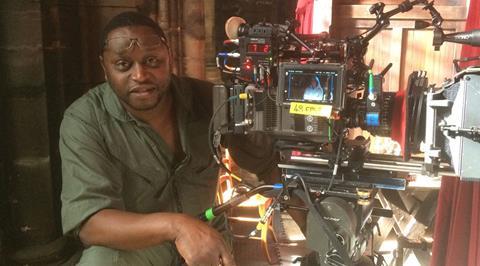 Andrei Austin, associate BSC, gave tips on how to get into cinematography

Take the UK, for example. Earlier this month, the “largest purpose-built film studio” in the UK was announced by US facilities firm Blackhall Studios which says the development could bring 3,000 new jobs to Reading. It follows the announcement of a £3 billion investment by Sky Studios into production space at Elstree Studios.

In 2018, 80,000 people were employed in jobs in motion picture in the UK, video and television programme production activities, according to Statista figures.

But with all this increased investment and interest, more people are seeking to enter the creative industries. According to the UK Office For National Statistics, for example, the film and video production workforce in the UK has increased from 37,000 in 2010 to 55,000 in 2016 and is continuing to grow. And that means young people looking to enter the sector need to find ways of standing out.

During a conference session at the BSC Expo, a panel of cinematographers, camera operators and gaffers spoke on their experiences in the industry, including offering advice on how make a successful career in production.

The panel, entitled Getting Started, was chaired by Oliver Stapleton BSC and Haris Zambarloukos BSC GSC.

Cinematographer Andrei Austin explained that budding cinematographers and camera operators should seek out equipment manufacturers and vendors to familiarise themselves with the latest kit available.

He said: “One really potent way of making yourself stand out is to visit people that are innovating. That might be a piece of equipment or maybe a technique. Whatever it is, speak to them and ask for training.”

This allows people new to the field to “build up a portfolio” of skills and techniques only known by the individual and the innovative company or person, “and that’s something that you can put on your CV”, he added.

“Imagine you’re approaching yourself and you’re saying ‘I’ve had training on this innovative technology, and I know how to program lenses so that all the metadata goes through to post-production’ you know that person is going to take note.”

Austin, who has worked as a camera operator on shows such as Outlander and Sherlock, as well as cinematographer on Waking the Dead, pointed to an example where you could save time on a production by cutting out the need for checkerboards using metadata in cameras, and how this would be impressive to a cinematographer or more senior operator.

“So scour the internet, go to shows, call people, do your homework, go visit people, and get your knowledge base up.”

Louise Ben-Nathan, a second assistant camera with over 20 years of experience, said it is vital that those seeking to enter the space make the right contacts when looking to get on-board a production.

She explained: “If you want to get your first foot in the camera department, the people that you have to write to are clapper loaders and focus pullers. Rather than going for big DoP, go for the ones that fight quite hard to make that decision.”

So how can people do that? Ben-Nathan said either trainees have to “blag your way into Panavision or go to the camera store and then deviate into every test room” and introduce themselves, or actually meet the focus puller/clapper loader.

“You’ve got to get out of your comfort zone,” she added, “because nobody is going to call you up if you send a generic CV instead of a personalised CV.”

Women Behind the Camera: An organisation aimed at promoting the work of female cinematographers and camera operators

Another route suggested by the cinematography experts was through organisations offering apprenticeships and partnerships.

Cinematographer Lucy Bristow, whose recent camera credits include the likes of Artemis Fowl, Last Christmas and Legend, has teamed with Ilana Garrard ACO and Agnieszka Szeliga to launch Women Behind the Camera (WBTC).

WBTC is a platform showcasing the skills of women working in the camera, lighting and grip departments of the UK film and TV sector. It offers a database that producers and directors of photography can use to crew up in a diverse manner. It is also a tool for networking - a way of passing on work to other women, or information about events.

She said: “During the last year there have been stories and illustrations of how people got into the industry. It’s a very useful resource because there’s masses of really hard information, tips and good advice on there.”

So what challenges do women in the industry face? “What we’re trying to do is have the visibility, because there are lots of women out there, but it’s making yourself visible in a way.”

A similar organisation, which was mentioned by fellow panellist Chloë Thomson, is Illuminatrix, which was launched by Vanessa Whyte and Catherine Goldschmidt, to promote the work of its members.

It also acts as a private network for professional female cinematographers based in the UK and working internationally. Its members include Natasha Braier ADF (The Neon Demon), Suzie Lavelle ISC (Sherlock), and Polly Morgan BSC (The A-Word), among others.

Thompson explained: “It is mostly about being able to respond when people say ‘Oh, I’d love to work with a female DP, but I just don’t know any’. It’s about saying there are quite a lot of us and here we are.”

Illuminatrix launched Illuminatrix Rising, a scheme which showcases emerging and developing talent on a monthly basis, including showreels and clips of content they’ve worked on.

“There’s a lot of variety on there and some really beautiful work,” she added, “so I hope it’s upped exposure.”

Austin concluded: “If you’re deciding what to put on the CV remember that every single one of you is unique. And that is your strength. Because you don’t have any competition. Be the best you can be rather than try to be somebody else. Because nobody can be you.”