The art of running a niche streaming service

How can niche OTT services attract and engage viewers in such a competitive streaming landscape? IBC365 talks to specialised SVODs History Hit and Alchemiya to find out. 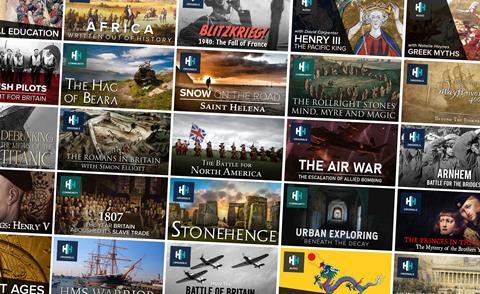 History Hit: Focuses on original content to build their audience

Think of the subscription streaming market, and the likes of Netflix, Disney Plus and Amazon Prime Video are the first to come to mind.

Fuelled by tens of billions of content investment, they have successfully captured the centre ground of the SVOD market – setting a very high bar for mainstream competitors.

However, the major streamers have also carved out a path for more niche services to tread along by fostering the streaming habit with millions of customers around the world.

A slew of niche SVOD offers have launched in recent years, curating very specific content for well-defined audiences. History Hit targets history fans, while Alchemiya is an English language streamer for Muslim audiences. In documentaries, services such as Curiosity Stream offer science, technology, history, and educational documentaries, while Docsville focuses on world cinema indie docs. Hayu, meanwhile, is aimed at reality TV fans, Shudder targets horror audiences and Mubi has a line-up of arthouse and classic cinema. Unlike, the mainstream SVODs, there is no need for these specialised streamers to be all things to all people.

“What I’ve come to understand is that you’re building a social network, rather than an OTT site,” Navid Akhtar, Alchemiya

For each of these services, the key challenge is how to find and engage viewers in a streaming landscape that is littered with choice, but where the average number of SVOD subscriptions is still only 1.7 in the US and 1.5 in the UK, according to Ampere Analysis figures.

Alchemiya, which launched in 2015 after raising money via a crowdfunding campaign, has used a variety of methods to reach its target demographic of what founder Navid Akhtar calls ‘global urban Muslims.’

Alchemiya: Just some of the content available on the streaming service which focuses on Muslim culture and life

A former BBC producer, Akhtar says Alchemiya is a cultural rather than religious streaming service aimed at “the mass of Muslims who are peaceful, productive and integrated.” It offers movies, drama and documentaries about Muslim culture and life. 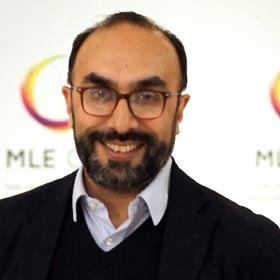 Just the premise of the service was enough to attract audiences initially, he says. “There was pent up demand there for a long time. Especially since 9/11, there’s been a rise of negative content about Muslims.” Many, Akhtar says, were under engaging in television as a result. “So when we came along, we were actually solving a problem for them. A lot of people want to support us and to subscribe.”

It has built up through word of mouth, grassroots events and screenings in community organisations such as mosques, rather than through advertising in traditional media. 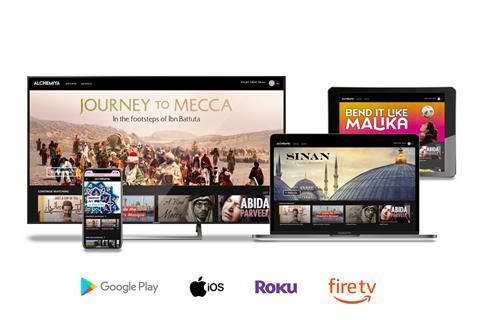 Alchemiya: Social media has been ‘Instrumental’ in growing their audience

“What I’ve come to understand is that you’re building a social network, rather than an OTT site,” says Akhtar. He says it’s important for niche streamers to be the voice of their community, and to gather fans and supporters who are passionate about the subject and product.

Authenticity is key for success, he adds. “People really want to understand why you are doing it, and who you are…you’ll get a lot more support when that is transparent, and you’re not seen as just an anonymous company.”

Akhtar says the streamer’s online journal, The Alchemist’s Notebook, has helped with this. Billed as a journal of Muslim film, culture, creativity, art and education, it contextualises the content on Alchemiya, helping to educate and inform the audience about what is on the platform and why people should watch it. Recent articles, for example, focus on the thriving Turkish drama sector or the independent Pakistani film and television industry.

Snow already hosted the successful and prolific History Hit podcast and, at a time when factual TV budgets were being cut, he was keen for more creative independence and to launch a service for history fans featuring original and library content.

The OTT platform is now part of a multimedia offer centring around history, which includes the podcast, a history website, an online shop and tour business.

History Hit’s audience is currently predominantly from the UK, more likely to be outside urban areas and aged above 35.

Social media has been crucial for building History Hit’s audience, says general manager James Carson, particularly Facebook and Twitter. Snow has a large following of 325,000 on Twitter, which he uses to promote the service. History Hit itself has 90,000 followers on Twitter, and 180,000 on Facebook.

“We built up quite a lot of equity through the podcast which started much earlier than the TV channel,” says Carson. The podcast is also used to plug the streaming service, with Snow namechecking the channel at the start of each episode.

TikTok and Instagram are also used, although History Hit’s following is not as large on them. Still, the streamer is looking to build up connections on TikTok to build up new audiences amongst the younger generation. “Fundamentally, the company’s mission is to make history more accessible in digital,” explains Carson.

“Original content costs more upfront, but as we own the IP we have it for eternity. OTT is a very long game, so there is strategic value in original content,” James Carson, History Hit

The platform’s original content strategy also attracts and locks in subscribers. History Hit currently publishes two films a week, and that number is likely to grow, says Carson. It has also commissioned a number of series this year.

Recent originals include documentaries about the WW1 Christmas truce and the Battle of Hastings, and an upcoming documentary on the mastermind of German unification, Otto von Bismark.

One of the reasons that History Hit focuses so heavily on originals is so it can stand out in a TV and online landscape where so much history content is available for free. The platform seeks out new voices and talent who wouldn’t necessarily be commissioned by traditional TV. “One of the challenges in the SVOD industry is that a lot of programme licences are making their way onto AVOD. So if you just focus on licencing programming, you don’t have much of a proposition,” says Carson.

History Hit spends more on originals than on licenced content. “It costs more upfront, but as we own the IP we have it for eternity. OTT is a very long game, so there is strategic value in original content,” says Carson. Helpfully, history content also ages well, and can stay on the platform for a long time.

Selectively licenced content is still important though. “There’s an element of curation – the fact that it is all accessible on one app means that people don’t have to look through disparate YouTube channels to find lots of documentaries.”

At Alchemiya, the ambition is also to make its own original content, says Akhtar. In the meantime, the service has been focusing on distribution so it can reach as many subscribers as possible. It has been available via Amazon channels since 2018, as well as via the web, iOS, Android, Roku and Amazon’s FireStick. It’s also planning to launch on Samsung and Android TV apps, with Akhtar noting that Covid has led to more people wanting to access the service directly and with ease via their TV.

Similarly, History Hit wants to make itself more readily available. At the moment, the main way that viewers access the platform is through the website, although it is also available via the Apple and Google app stores and FireStick. It means many viewers are watching on their TV via Chromecast, or by plugging their laptop into the TV. “There’s an opportunity there to make the user experience better and more available,” says Carson.