This year’s Cannes Lions showcased how creatives the world over are putting new technology – like AI, blockchain, VR, voice and facial recognition - to highly imaginative uses. IBC365 picks out some of the best examples from the Festival – and asks how they might be used by the wider broadcast and production industries.

The Cannes Lions International Festival of Creativity is, as its name suggests, an annual showcase of media and advertising industry creativity.

But in recent years, its conference and awards programme have also provided numerous insights into the way technological innovation is impacting on the sector.

It’s a subject that causes a degree of angst, with some delegates concerned that the industry’s increased reliance on digitally-driven technologies is undermining creative instinct and inspiration. But for the most part the event is a treasure trove of examples of technology in action. Here, we look at a few of the high-profile tech use cases on show at Cannes Lions 2018.

Reasserting the power of voice
At an event dominated by visual work, it was interesting to see audio-themed innovations making headlines. A particularly compelling example was the JFK Unsilenced campaign, which won the Creative Data Grand Prix for Rothco and The Times Newspaper.

Working with audio tech company CereProc, this campaign gathered together voice data from 800 of US president John F Kennedy’s speeches. It then used this data to create an authentic voice track for the speech he would have given if not assassinated in Dallas.

A similar approach was taken with another Cannes Lions award entry, Project Revoice, which won the Grand Prix For Good. In this case, sufferers of ALS are able to bank recordings of their voices so that – when the disease robs them of the ability to speak – they are able to communicate using their own voice rather than resorting to a robotic sounding simulation.

The Creative Data jury president Marc Maleh acknowledged that there was a lively debate around the ethics of this technology and potential misuse scenarios, but there’s no question that there are compelling creative possibilities related to the revival of lost voices.

Aeronaut VR moves beyond gimmicks
Not surprisingly, the last few years have seen plenty of VR-based entries into the Cannes Lions awards. Many get jettisoned for being gimmicky or not delivering a meaningful end result, but this year there was a lot of support for the winner of Digital Craft Grand Prix, a 3.5 minute VR/holographic experience created for William Patrick Corgan’s recent single release Aeronaut.

Entered by Isobar and Viacom New York, the Digital Craft jury president Jean Lin said the work “set the standard” for VR production. “It gave us an unparalleled feeling of technology enabling an idea in an intuitive way,” she added.

The VR work was based around Corgan performing the song and was captured in volumetric video at Microsoft’s Mixed Reality Studio, with the Unity creation engine and Google Tilt Brush used to build a fantastical world around him. All told, 106 cameras were used, capturing data at 10GB per second.

Fighting corruption with facial recognition
The winner of the Mobile Grand Prix this year was a Brazilian mobile app called Corruption Detector. Nicknamed the “Pokémon Go of Politics”, the app was created by Grey Brazil for civil liberties organisation Reclame Aqui. 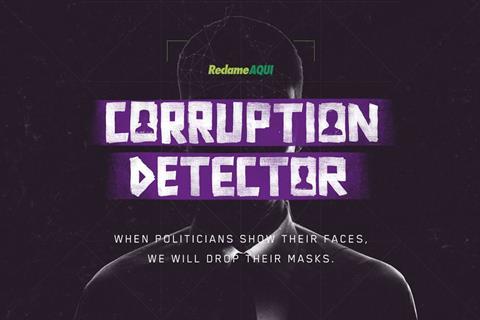 Launched ahead of this year’s all-important Brazilian elections, it enabled users to photograph any politicians they met on the campaign trial and find out if they had ever been involved in any corruption scandals (a big issue in Brazilian politics).

Mobile jury president Jay Morgan said the work demonstrated “the power and utility of mobile when a great idea is put in the hands of the people.”

Facial recognition apps are also increasingly being deployed in sectors such as law enforcement, healthcare, security – as well as for fun (eg to see which celebrity you most look like). So it wouldn’t be much of a stretch for someone in the TV business to come up with an entertainment idea based on it. At very least it could be a useful news journalism tool in the field.

Democratising technologies: MyLine & Kingo
One of the beauties of Cannes Lions is that it isn’t all about Westworld-style tech dreamt up in Silicon Valley incubators.

There are also some very sharp minds seeking to address the challenges of living in the developing world. There were two stand out examples this year.

The first was MyLine, a project by MullenLowe SSP3 in Bogota, that won the Innovation Grand Prix. Put simply, MyLine gives people in remote areas access to online services using a landline.

All they have to do is phone 6000913 (which looks a bit like Google) and ask a question (eg related to weather, homework, transport times). The question then generates an internet answer through the use of Google’s voice assistant – a revolutionary approach to extending internet coverage.

The second example is Kingo, winner of the Grand Prix for Product Design. Kingo installs solar panels and batteries in zero energy locations (eg rural villages) and then sells power to people on a pre-pay as-much-as-you-need basis. The tech is cheaper than candles and enables people to use electric devices for the first time. Potentially, it puts an additional 1.3 billion people within the reach of the TV business.

Technology that caters for diversity
Two years ago, the Dot Braille smartwatch for the blind and visually impaired was a winner at Cannes Lions. This year, Dot was a winner again (two Gold Lions) with Dot Mini, the world’s first smart media device, targeted at the same community. 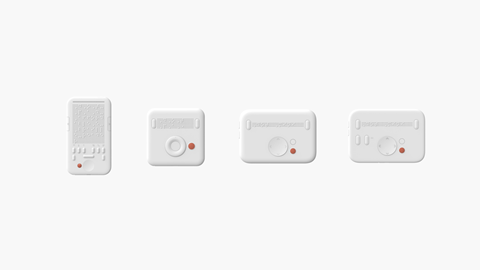 Serviceplan Korea and Serviceplan Innovation are incubating the Dot brand and the Dot Mini concept and provided overall marketing consulting to the companies behind the tech and design - Dot Inc and cloudandco. Commenting, Dot CEO Eric Kim said: “Dot will continue our journey to address those excluded from the ever-changing world that we are currently living in. We will also continue to work with Serviceplan to be more creatively engaged in the innovative world.” The work is another interesting illustration of tech addressing intractable barriers. It’s also interesting to see another example of an ad agency moving into the product start up/incubator sector.

The rise of the robots
The tech component of Cannes Lions isn’t just evident in its awards programme but also its conference line up, where key talking points included AI, biometrics, big data, blockchain and VR/AR.

Totto was created by Ishiguro, Dentsu and TV Asahi to resemble Japanese TV personality Tetsuko Kuroyanagi. She was built using state of the art animatronics, a 3D body scan of Kuroyanagi and a synthesised voice powered by AI. She already appears alongside Kuroyanagi on TV and could, in theory, take on Kuroyanagi’s full role when she retires – raising interesting questions around onscreen talent and image rights. Ishiguro also built robot news anchor Erica. Erica uses face-recognition cameras to track people and listen to who is talking.

Xbox goes into business with its customers
The winner of the new Creative eCommerce category came from McCann London and Microsoft for Xbox Design Lab Originals: The Fanchise Model.

This was a clever innovation that tackled a business problem by turning customers in partners and entrepreneurs. It started when Microsoft and McCann launched Design Lab, an online store allowing gamers to customise their Xbox controllers.

The idea was fine – except that gamers didn’t want to pay the extra cost that came with the customised controllers. McCann’s response was The Fanchise Model, which gave gamers a stake in the business. It allowed them to take ownership of designs, promote them and make money if they sold.

As gamers started to create designs based around nations, causes, clubs, etc sales of customised controllers rose by 350% - with company and gamers benefiting.

In a sense, this is similar to when PayTV companies and telcos incentivise people to get their friends and families to switch supplier. But it’s more entrepreneurial, creative and in tune with today’s hacking/pirate/personalisation culture.

4D sensory pods bring the visceral to VR
Cannes Lions is also a good place for innovators to showcase their tech. A case in point this year was Sensiks, a sensory reality pod in which audio-visual or VR experiences are synchronised with scent, temperature, air flow, tremble, taste and light frequencies. The tech has applications in commercial contexts such as retail and tourism, but there’s potentially a marketing or merchandising angle for TV companies here.

Marcel: A lesson in AI networking
One of the big talking points in the ad industry over the last year has been Publicis Groupe’s new AI-powered in-house networking platform Marcel, created in partnership with Microsoft.

At Cannes Lions, a top management team from the agency explained why they had invested so much time and resource in the platform during a session entitled AI, Creativity and The Future Of Our Industry. Put simply, Marcel connects all 80,000 employees in the group – enabling them to share ideas and talent.

The significance of the AI component is that Marcel becomes smarter over time, as daily interactions translate into actionable intelligence. While it’s early days for Marcel, the challenges facing Publicis are analogous to those facing some of the TV industry’s larger producing and distributing companies.

Blockchain to aid ad industry transparency
Mediaocean, the ad industry’s foundational software provider, and IBM iX, one of the world’s largest digital agencies, used Cannes Lions to launch a blockchain consortium for the digital media supply chain. Bringing together the likes of Kellogg, Kimberly-Clark, Pfizer, Unilever and IBM Watson Advertising, they are aiming to provide transparency and build trust and accountability in the advertising ecosystem.

The idea behind the Mediaocean/IBM blockchain solution is that it will tackle supply chain opacity caused by the rapid proliferation of intermediaries, thus providing visibility into the entire lifecycle of an advertiser’s media dollar flow.

“For over 50 years, Mediaocean has been the system of record for the advertising industry,” says Bill Wise, CEO, Mediaocean.

“We have done so by providing reliable, neutral, and integrated systems for brands, agencies and suppliers to execute media, globally. In recent years, however, the industry has been plagued with unsustainable economics and transparency issues that hinder progress – particularly around intermediary fees and non-working media. By partnering with IBM, we’re able to launch the first advertising blockchain solution that will improve spend transparency - at scale.”

With blockchain also being touted as a way of combating piracy, fake news and security breaches, expect to see the subject crop up at a few more industry conferences in the coming years.