Up to the Task: Selling comedy to the world

Gameshow Taskmaster has been a standout hit for UKTV and is now entertaining audiences around the world. Creator Alex Horne and execs from UKTV and production company Avalon explain how the show was exported to 17 countries.

Successful, internationally-sellable television programme formats are a broadcasting holy grail, but they most often appear as reality series like Big Brother or entertainment shows such as Strictly Come Dancing. Formats in the comedy domain are a little more tricky. 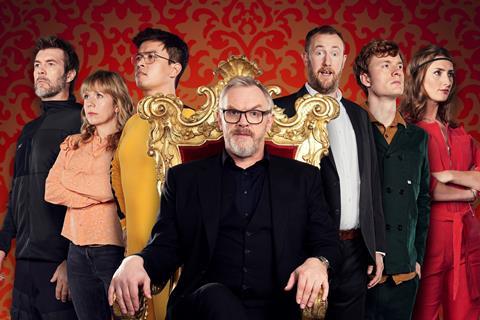 BBC’s The Office - starring Ricky Gervais in the UK and Steve Carell in the US - may be one of very few standout cases in the scripted area, while funny studio-based panel games full of comedians - such as Would I Lie To You or Whose Line Is It Anyway - are much more common, but hardly ground breaking.

That is why the success story that is Taskmaster is worthy of close study. This British-made programme has created its own formatted comedic sub-genre – a hybrid that takes the panel gameshow format and mixes in unscripted improv comedy. The show comprises of a deliberately testy taskmaster and a trusty sidekick overseeing some comics undertaking a series of crazy tasks.

Each contestant’s effort is filmed separately on location over many weeks and their efforts are then edited together and revealed to them and in front of a live studio audience. The show climaxes with a final live task in the studio and a winner is declared, but crucially the cast of comics is the same over the whole series that can last up to 10 weeks.

Comedian Alex Horne first played around with the concept at the Edinburgh Festival Fringe in 2010 - he sent 20 of his stand-up friends a series of tasks over the course of a year and then judged their efforts in front of the festival audience.

Horne says: “We kind of saw it vaguely as a TV idea when we were first doing it, but it was only after working on it for a couple of years that we took the possibility seriously.”

The show came on the radar of renowned independent production company Avalon in 2011. Horne and Avalon (with its list of comedy hit list including edgy sitcom Catastrophe to studio talk show Last Week Tonight with John Oliver) were originally keen to work with an established broadcaster like Channel 4. However, Horne says the unscripted nature of the show was one of the reasons they and then several other channels passed on the idea. Also, Horne - who once worked as a logger on Big Brother - had never created any kind of game show before and cast himself in the sidekick role.

Being a TV novice did not help. “I had no real TV experience,” says Horne. “Plus, we were proposing a panel show with the same people in it every week and that was very unusual at the time. It needed a broadcaster that trusted in the idea that funny people could be funny unscripted.” That broadcaster turned out to be UKTV’s Dave.

Since its launch in July 2015, Taskmaster has become an award-winning, acclaimed format with International Emmy and BAFTA nominations. 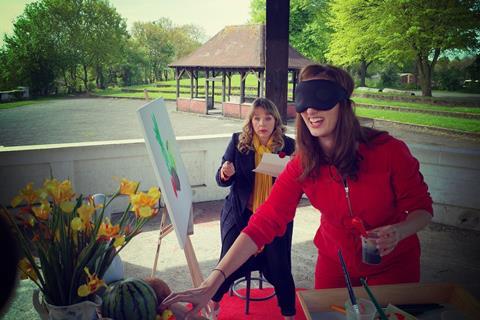 Put to task: Kerry Godliman and Jessica Knappett star in the UK’s most recent series

Its recent seventh series on Dave has been the most popular so far with consolidated viewing numbers reaching a very healthy 1.64 million. Yet more impressively, Taskmaster has been sold into 17 countries worldwide: New Zealand and Australia broadcast the UK version, while the other 15 countries including the US, Sweden, Denmark, Spain, and Belgium make local versions.

James Taylor, Avalon Director and Taskmaster Executive Producer, says one of the keys to success was to surround the inexperienced Horne with people like Andy Devonshire, the series director and Executive Producer, whose programme credits include other formats such as Top Gear, The Great British Bake-Off and The Apprentice.

“We believed in Alex’s idea and his talent,” says Taylor, “but talented people surround themselves with more talented people and that’s what we did with Taskmaster. We’ve kept the production team in the UK pretty much the same and that’s helped us develop the show. The fact that it’s now being made in so many countries demonstrates the qualities of its format.”

For the makers of international versions, the Taskmaster format ‘bible’ is relatively straight forward with the set-up of the live audience studio usually unchanged and with some of the same crazy tasks for the contestants. Modifications are slight but allowed in order to achieve laughter across the different cultures because Horne recognises that each country has its own unique sense of humour.

He spent six weeks last year helping produce the eight-show US series and also played his normal sidekick role on screen there. However, he was happy that there were also differences to the UK show, including his dynamic with the taskmaster, Reggie Watts, famous as the band leader on The Late Late Show with James Corden.

“Reggie’s a brilliant musician and comedian,” says Horne, “and I’ve known him for a long time and he was always my choice for the taskmaster. But he’s more wistful and less authoritarian than Greg Davies in the original, so our relationship didn’t mimic the UK show.” 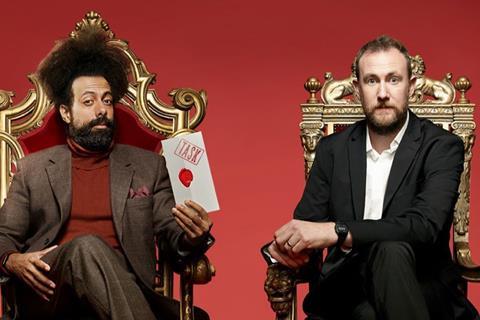 Taskmaster on Comedy Central was broadcast in April this year, but was only a half hour show (including adverts) rather than the original one hour and another innovation was that two shows were aired back to back on the same evening. In addition, one of the five contestants was not a comic, but a high profile actor: Freddie Highmore, a Brit and star of The Good Doctor.

“Comedy Central wanted to make the show have a broader appeal than just having comics and they got that right,” says Horne.

“Also, I had more of a driving role on screen. Unlike in the UK, the audience whooped at everything anyone did in America - I even got a standing ovation when I walked out on stage. They were really up for it.”

Richard Watsham, Director of Commissioning at Dave, says the other countries making their own versions have benefitted from the format being ironed out in the UK.

“We even started with the idea of contestants getting the tasks while going about their daily lives. But the practicalities left that idea utterly unmakeable because we couldn’t have TV crews everywhere and it would’ve been hideously expensive. So, we finally decided on a cast of the same people – it was logistically sound although unusual. Their sense of competition rises across the series.”

Other countries are encouraged to make changes for their own audiences. In Spain, a single show lasts for two hours, while the Belgians have a woman taskmaster, says Horne. “Their ‘Alex’, they told me, was ‘just like you with a funny voice’, so they’re aware of what makes the show work. I watched it in Flemish and, even though I didn’t understand a word, I still laughed a lot.”

Horne admits that, despite some international variations, the show has changed very little and admits that he is now focused on maintaining its freshness and developing new and unpredictable task ideas.

James Taylor believes a key challenge remains the casting, finding five people with different comedic voices. “A lot of conversations around casting are about not doubling up on the approaches that the contestants might take and whether they will mesh together over so many weeks,” he says. “Alex has worked with a lot of the comics in the UK, but we do try to have a newcomer in each UK series - we can’t just have the five funniest people available. The mix has to be right.”

The success of Taskmaster is also built on the format that encourages comedy from many different points in the show: the contestants undertaking the tasks themselves; the contrast between how each one carries it out; the reaction of the contestants in the studio to the taped version of what they did; and then there is their interactions and reactions in front of the live audience to each other and the taskmaster.

“The format covers us sometimes because we can’t know what will happen on a task or in the studio,” says Horne.

“But even if four do a task badly, it’s still funny because one does it well. It’s true that the editor is the unsung hero a lot of the time.”

Taylor says the show works because the comics love the improvisation. “What’s exciting is when the comics think they did a task really well, but then they see what the others did. That sense of spontaneity and reaction happens so rarely on some comedy shows, but our format encourages it.”

The ultimate compliment is imitation.

“House Of Games on BBC has the same contestants over several weeks and the creator Richard Osman said he wouldn’t have got the commission without our show,” says Taylor. “I’ve even heard people say ‘We’re doing a Taskmaster-type show’, so we must be doing something right.”