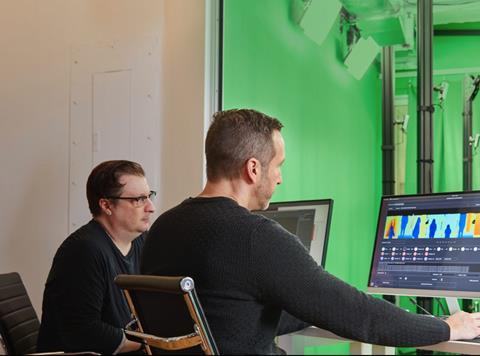 US telco Verizon has launched a new 5G lab and production studio in London – the company’s first 5G-enabled facility outside of the United States.

Verizon will open a 5G-enabled studio in London in April, offering a space for Verizon Media’s owned and operated brands to produce premium quality, 3D content. This will include virtual and augmented reality experiences.

It will be powered by 5G connectivity, serving as a testbed for media companies and Verizon’s own media brands – including the likes of AOL, Yahoo and RYOT – to test and learn about ways of building content that benefits from 5G’s higher transmission rates.

It will be Verizon’s second 5G Studio following the launch of the RYOT 5G Studio in LA last year. The studio has already demonstrated 5G-enabled experiences for advertisers and media at events such as the United Nations General Assembly’s 2019 Climate Action Summit, and the Star Wars – Rise of Skywalker Premiere.

Mark Melling, head of RYOT Studio and 5G EMEA at Verizon Media said: “Our RYOT 5G Studio in Los Angeles was the first and only 5G production house in the US when it opened last year, and now we are opening a new studio in London, offering all the same incredible next-generation content production facilities.

“As we move from a 2D to 3D world of content, we are providing our partners with access to the most cutting-edge technology and the ability to experiment with 5G, bringing together the best creatives to build world-class experiences now as well as prepare for the new world as this technology grows.”

It comes just months after Verizon agreed on a deal to buy assets, including technology and software, from immersive technology company Jaunt XR.

Verizon has also opened a new 5G Lab, based at its offices in the UK capital, offering a live 5G-enabled environment for Verizon partners to develop and test 5G applications and experiences.

“Verizon has proven expertise in delivering 5G in the US,” said Toby Redshaw, Verizon Business Group’s vice president of Innovation. “One of the best ways of unleashing the true possibilities of 5G is getting it into the hands of innovators and visionaries. Our London facility enables our international customers to benefit from this expertise as they look to deploy 5G-enabled applications and experiences.”

Last year, Verizon partnered with Sony and NBC Sports to demonstrate the impact of 5G-powered cameras on sports broadcasts.