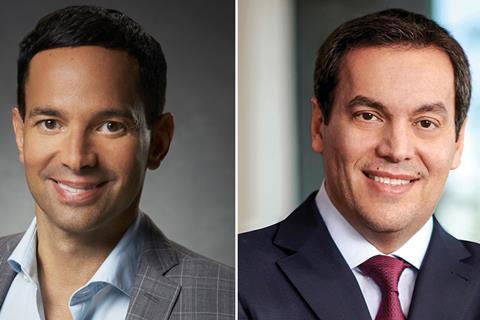 Cheeks, who is currently vice chairman of NBCUniversal Content Studios, will join the newly merged ViacomCBS in March, replacing Joe Ianniello, who will step down following a transition period.

His appointment comes as the dust begins to settle on the remerger of CBS and Viacom, which was completed last year. The new role will see Cheeks – a veteran with over 25 years of media experience – report directly to ViacomCBS chief executive and president Bob Bakish.

It marks a return to Viacom for Cheeks, who served as an executive there before joining NBC in 2012. He also served as co-chairman of NBC Entertainment and has held roles at Nickelodeon, MTV, CMT and LOGO.

Cheeks said: “I am incredibly honoured to join the stellar CBS team and help lead these incredible brands forward. From news to sports to entertainment, CBS sets the standard, and I look forward to building on this tremendous foundation as we find new and innovative ways to deliver CBS to audiences worldwide.”

Bakish welcomed Cheeks back to ViacomCBS, adding: “Throughout his career, George has built broad experience in broadcast and studio operations and brings a unique mix of skills – combining deep commercial expertise and industry relationships with strong creative and programming capabilities.

“With his finger on the pulse of culture and change and his strong grasp of strategy, brands, audiences and content monetization, George will help CBS build on its position as the most-watched broadcast network and drive results across the entire CBS portfolio.”

It means a departure from ViacomCBS for Ianniello, who first joined CBS as director of financial planning in 1997. He has held several roles within both CBS and Viacom, including a stint as chief operating officer for CBS prior to the remerger.

He was responsible for the launch of SVoD service All Access and served as action CEO and president of CBS after the completion of the merger in December.

Ianniello said: “I am very pleased to be able to leave CBS well-positioned for long-term success.

“Throughout my 22-year tenure, I have always said that the quality and integrity of the people of CBS are what make it great. We have extraordinary employees at all levels of this organisation, and I couldn’t be prouder of how they do their jobs day in and day out.

“Working with Bob, I now look forward to ensuring a smooth transition to the next phase of leadership of CBS, so that the Eye can continue to thrive, just as it has for so long.”