IBC has announced new industry leaders will join the speaker line-up to explore opportunities and challenges around a consumer-first era in media. 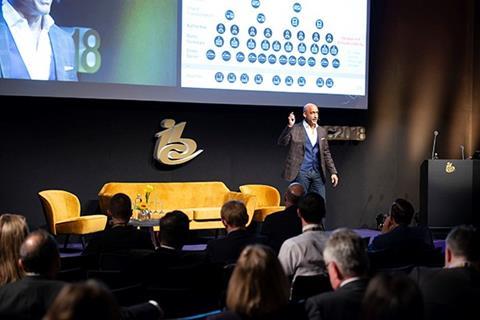 IBC has announced new industry leaders will join the speaker line-up to explore opportunities and challenges around a consumer-first era in media.

Adding to the stellar line-up of Keynotes and Global Gamechangers that will help shape the debate on the future direction of the industry on Friday 13 September are: Mediaset executive board member Gina Nieri; Pluto TV managing director Europe Olivier Jollet; and Vice president international Dominique Delport in Global Business Gamechangers: where’s the money coming from?

MovieLabs will be hosting a Keynote conference on Sunday 15 September bringing together technology leaders from five major Hollywood studios unveiling their vision for the future of content production, post and creative technologies.

Hollywood’s track record of pioneering new technologies and creative approaches - from HDR to VFX to ACES – will feature in this session, which provides the first-ever discussion of the 2030 Vision Paper that lays out the disruptive technologies and workflows that will become the new mainstream.

This year’s IBC conference will chart the challenges, assess the business and technological opportunities for future generations of the industry, and cement its position as the industry’s most authoritative and stimulating media, entertainment and technology event.

Audiences are invited to discover the business model behind this major online platform including how it is evolving video strategy, developing partnerships and designing tools and products to build a deeper relationship with online communities.

Sony Corporation senior vice president Hiroshi Kawano, will deliver the keynote The future of media technology and TF1 chief technology officer Thomas Jacques has been added to the panel on the session Secrets of implementing successful technology projects on Tuesday 17 September.

The five new IBC2019 conference tracks provide a different daily focus for each stage of the end-to-end media content chain. They are:

Sunday 15 September, Monetise: Scaling Audiences and Revenues shines a light on brands as broadcasters and new models of advertising.

With the iBC2019 show less than a month away visitors can look forward to events and features such as the exciting new IBC Esports Showcase, the Media-Telecom Catalyst programme, and the hugely popular state-of-the-art Big Screen and the prestigious IBC Awards, where director, producer and actor Andy Serkis will be presented with the International Honour for Excellence.

Esports comes to play at IBC2019
IBC will explore the technical and commercial opportunities and challenges of the rapidly growing world of esports with an exclusive showcase on 17 September.

The Esports Showcase, which is powered by ESL, EVS and Lagardère and sponsored by NEP, IHSE and the City of Amsterdam, will feature a live esports tournament in the RAI Auditorium taking advantage of a unique combination of world-class technology placing spectators at the heart of the action