“We need to at least double our screen count” 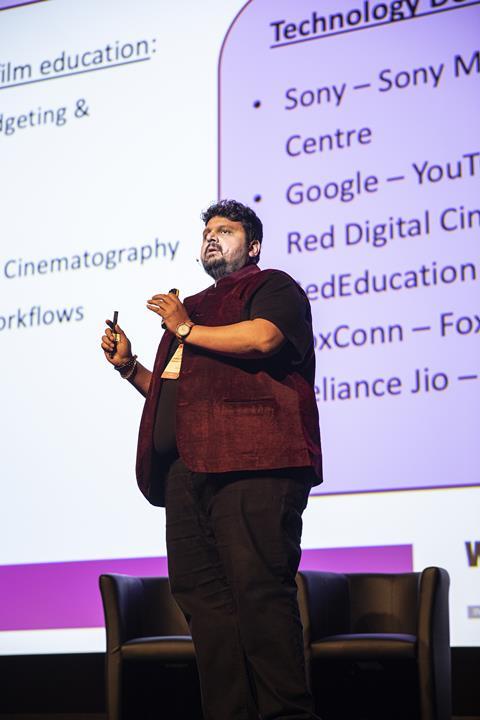 IBC2019: Chinchlikar on the state of Bollywood film industry

“Over the next five to seven years we need to at least double our screen count,” warned Chaitanya Chinchlikar, VP and CTO at Mumbai-based film school Whistling Wood International.

He made these remarks as part of a presentation on the Indian market, which included a case study on S. S. Rajamouli’s 2017 fantasy, Baahubali 2, which is the country’s highest grossing film of all time. The Indian film market is made up of 20% Hindi films plus movies from roughly a dozen additional local languages.

Baahabali‘s cinematographer, K.K. Senthil Kumar, was on hand for the session, reporting that the film “broke barriers” with its reach. It was shot with ARRI Alexa and composed for both standards screens and Imax release. The production of the two-parts of the film spanned 630 shoot days, and the visual effects work was shared by 24 companies, it was revealed during the session.

Chinchlikar related that India’s film market has roughly 9,000 total screens and he expects government incentives would help to grow that screen count, adding though that with its strong OTT market “we may not feel as much underscreened… but we still need the screens.”

According to Chinchlikar, India is the second largest OTT market in the world for use of internet video, valued at $2.4 billion in 2018. Streaming services include Netflix and Amazon Prime.

CV Rao, technical general manager at Annapurna Studios in Hyderabad, related that Baahubali 2 is now available on Netflix and a Netflix prequel to the hit film is in the works.