What do consumers expect from 5G entertainment? 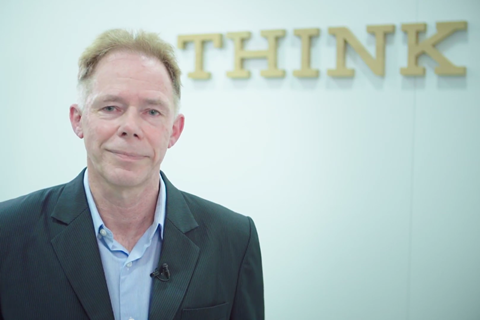 The emergence of 5G networks is set to unleash another wave of innovation, new players, and potentially disruption on the existing value chain as video consumption and entertainment grows more mobile. 5G networks promise better quality video on mobile devices and far more immersive experiences, among other benefits. It will also drive the changing sports technology ecosystem and the ever-growing appetite for esports.

This evolving industry landscape offers consumers an abundance of choices to get the content and entertainment they want whenever they want it on a wide range of devices. To understand the media and entertainment (M&E) experiences consumers crave, we conducted the IBM Institute for Business Value (IBV) 2019 Global Telecom and Media Consumer Survey. We surveyed nearly 12,500 consumers in 21 countries across the globe. These countries represent 62 percent of the global population and 77 percent of global GDP.

What consumers really want: High quality streaming over 5G
The shift toward mobile video and the evolution toward higher resolution are putting increased pressure on current networks, with degrading video experiences as a result. The quality of streaming video on a mobile device is one of the main criteria influencing consumer satisfaction with provider networks, with three out of four survey respondents saying that video streaming quality is important for them. Sixty-eight percent of respondents say they would even switch to another provider for a better-quality video experience.

Streaming mobile video still presents many frustrations. Video load times can be sluggish, midstream stops and stutters are common to varying degrees, and connections often have trouble coping with higher-resolution formats. Fifty-three percent of respondents—and up to 65 percent of respondents in India—indicated they experience these kinds of problems regularly or often.

The previous mobile network transition from 3G to 4G offered significant improvements in video viewing but is not keeping pace with the rapacious consumer appetite for higher-resolution video content.

Almost two-thirds (64 percent) of our respondents report awareness of 5G as a follow up to 4G/LTE. This ranges from having some idea about 5G to being very familiar with it.

Perhaps surprisingly, respondents in emerging countries are more familiar with 5G than in mature countries, with the highest 5G awareness in China (82 percent). And 73 percent of them state they would probably or certainly opt for 5G when available and pay extra, if it results in a superior quality video experience.

UHD video is by far the most relevant 5G application for consumers, selected by 57 percent of the respondents (see Figure 1).

Clearly, people are longing for high quality viewing experiences in both linear (for example, live streaming) and nonlinear (on demand) video.

In the mid- to long-term, UHD video formats such as 4K and 8K will become common for videos viewed on mobile devices. Fox Sports and AT&T have already tested streaming 4K video over 5G at the 2018 US Open golf tournament. As another example, Disney is partnering with Verizon to test 5G applications for content distribution. 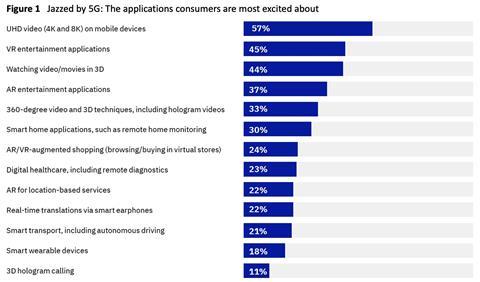 Fig 1. Jazzed by 5G: The applications consumers are most excited about

It’s fair to say that 5G will create a huge impact on the future of mobile video. In addition to UHD for live and on demand streaming, 5G will help to advance 360-degree video, three-dimensional (3D) holograms and live personal 3D broadcasting from mobile devices. 5G is also needed to support the increasing use of video-focused services on social media platforms. In particular for younger generations, video-based platforms such as Instagram, Snapchat, and TikTok are the apps of choice.

Current mobile networks cannot meet the bandwidth and latency demands these applications require. However, 5G networks are expected to deliver the required capability.

Current VR applications are still in their infancy. The low-end headsets lack computing power, limiting graphics quality. The higher-end headsets are better but more expensive. And, complex elements in the devices increase their weight. Usually, the headset requires a cable connection to a computer, limiting the player’s mobility and hence the VR experience.

Cloud, edge computing, and 5G will be critical to moving VR forward. With the faster speeds and lower latency of 5G, complex processing can be done in the cloud (or on the cloud edge), which provides more computational power.

Offloading much of the intensive processing to the cloud means much smaller and more practical, powerful, energy-efficient and cheaper headsets that enable wider VR adoption. VR adoption will be further enhanced with AI—for instance, by including more voice control stemming from natural language processing (NLP).

VR’s speed of adoption will coincide with the rollout of 5G networks. According to the latest PwC Media and Entertainment Outlook, VR will be the fastest growing media segment for the next five years.

AR in media and entertainment
Though ranked slightly lower (4th) by respondents, AR could hit the mainstream earlier.

AR refers to the overlay of digital elements onto users’ everyday environments and is already embedded in many frequently used applications. Consider how people alter photos with popular Snapchat and Instagram fun filters that include images, stickers, and emojis.

And, of course, a very notable example is the renowned Pokémon Go game.

The use of AI technology is essential for AR. AI allows computers to understand what they are seeing through cameras, identifying and labeling objects in the user’s field of vision. With the continuous advances in AI, these features will become increasingly sophisticated. Together with fully functioning 5G networks, AI could enable a whole new wave of deeply integrated AR experiences.

AR applications in music and concerts are very popular among Generation Z (Gen Z) respondents and the younger millennials (ages 26-35). In general, this demographic prefers spending on experiences versus material things. Respectively 63 percent and 58 percent stated these applications bring them the most value.

Fig 2. More than just reality: The most valued 5G-supported AR applications in media and entertainment

Indeed, in this era of elaborate music festivals, AR is becoming a common feature, adding to the music industry’s cutting-edge vibe.

The latest technological advances turn live concerts into high tech experiences that wow the audience. For example, the theatrical element of stage shows can be radically increased by partnering AR-generated characters from songs with real-life artists on stage. Sounds, images, and special effects, as well as the general atmosphere, all play equal parts in entertaining participants.

What consumers really want: The escalating demand for esports
Esports has evolved at a pace unrivaled in any other sport. It is emerging as an exciting new market at the intersection of broadcasting, gaming, and sports. Major broadcast networks and prominent sports leagues are getting involved.

Esports has especially gained popularity in emerging countries. In our survey, the leading countries are India, China, Brazil, and Indonesia. Compared to mature economies, these countries have youthful populations. For younger demographics—the digital natives—there is little doubt that esports rivals both broadcast and traditional sports.

Esports is particularly popular with demographics under 45. The highest percentage of esports enthusiasts can be found in the younger millennials (26-35) age group.

Seventy-one percent have a middle income, of which more than half are in the upper-middle class.

Seventy-two percent are early adopters, adopting the latest and greatest devices as soon as they’re available. Forty percent can be defined as power users, almost “always on,” consuming all kinds of internet content and continuously engaging online.

Almost two-thirds use the mobile phone to access the internet for more than three hours per day.

Indeed, 5G connectivity and performance will further fuel the growing esports industry. In particular, the incredibly low latency is important to the gaming experience overall, and even more so with esports as it scales to new heights of popularity. 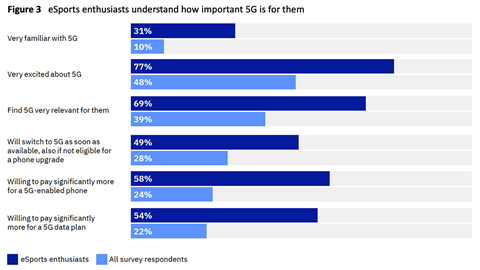 Fig 3. Esports enthusiasts understand how important 5G is for them

Improvements in internet connectivity, cloud technology, and online streaming services have fueled the growth of esports. Furthermore, the esports market can continue to expand in creative ways as well. AI is one area generating change. For instance, it can drive different insights based on excitement levels, improve player performance, and create a better fan experience overall.

Concluding remarks
Like past revolutions in content delivery, the rewards of the 5G era are expected to flow to those organisations most capable of embracing its opportunities.

Forward-thinking media companies make delivery of high-quality video streaming experiences to customers central to their strategies. They invest in emerging technologies – such as AR and VR - as an extension of their digital strategies.

The immersive market opportunity is still nascent, yet its ultimate promise is great.

And they make esports a key element in their marketing strategies as a means to engage with the younger online audience—one that barely has a relationship with traditional television.

In addition, they evaluate which role and business model is most suitable, as esports enables a variety of revenue streams, including sponsorships, advertising, media rights, game publisher fees, tickets and merchandise.