With scale being one of the main drivers for success in the dynamic ads market, is RTL’s acquisition of Yospace the shape of things to come?

At the start of the year, Germany’s RTL Group announced that it was to pay €29 million for Yospace, a UK-based video technology company that had been making a name for itself in the Server-Side Dynamic Ad Insertion market. 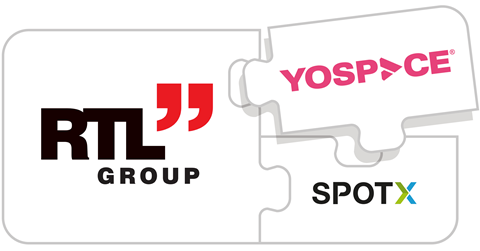 Completing the puzzle?: RTL’s acquisition of Yospace was announced earlier this year

“In essence, the groundbreaking Yospace technology delivers the right advertising, at the right time, according to the rules established by the media owners.”

Dynamic ad insertion (DAI), the ability to swap out and thus target ads in linear, live or VOD content, is a market very much in its ascendency and one in which RTL is determined to become a major player. The company started building out its ad-tech stack in 2014 when it made its first investment in video ad serving platform SpotX (it bought the company outright in 2017), followed by acquiring a majority shareholding in Addressable TV specialist smartclip in 2016.

RTL Group senior vice president strategy and business development Rhys Nölke refers to these as “crucial building blocks to bring us closer to our concept of a high-quality ‘total video’ platform.

“Moving forward, Yospace will continue to operate as a standalone entity under its current brand and be managed by the same, very strong leadership team,” he continues.

“However, Yospace is working very closely with SpotX in order to provide additional value to our current and future clients, a deeper technical integration that will further improve the ad decisioning and ad delivery process, such as seamless, truly optimised programmatic enablement in premium live and VOD environments.”

RTL’s move is significant for a number of reasons: it mirrors the growth in the sector; it proves the over-riding importance of scale; and it highlights the importance of OTT services to its success.

Growth and alliances
Ryan Doherty, is a research analyst for global advertising and media at IHS Markit, and while he sees the RTL decision to pursue the acquisition path rather than develop in house as a way of getting a timely advantage over other broadcasters in Europe, that is not the main threat.

“I think this is definitely a notable acquisition,” he says. “It highlights how broadcasters are making more aggressive moves to adopt advanced ad tech capabilities and compete with the digital giants.” 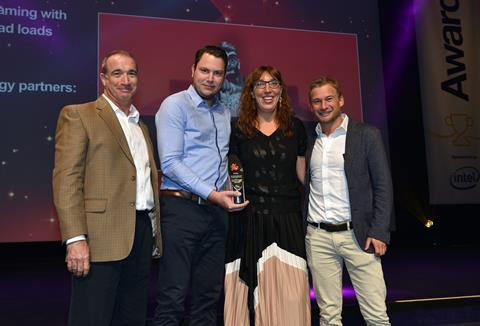 Doherty says that Yospace has proven adept at boosting view through rates, with many broadcasters having used the platform in recent years to bolster advertising effectiveness. Coupled with driving market growth through its international sales house RTL AdConnect, that means RTL could offer what he characterises as “a really differentiated proposition” for advertisers compared with the likes of Google, Facebook and Amazon where there is a lot of concern about advert skipping.

“I think that many more alliances are forming because they want to be similarly equipped for addressable TV,” he says.

“The consolidation of ad tech will continue but acquisitions have slowed. Many have not had great success in such collaborations in recent years, as is clear from digital’s ongoing growth in ad market shares.

“There are clear challenges in getting broadcasters and ad tech groups to work together. Other ad sales groups like Sky AdSmart are trying to form partnerships like RTL have done but have not achieved the scale of RTL. However, we anticipate the combined resources with its new owner Comcast will give Sky greater scale and capability.”

Building scale
Scale is one of the driving forces behind much of the European and global activity taking place between broadcasters and ad-tech companies. The European Broadcaster Exchange, for instance, was set up by the Mediaset Group, the TF1 Group, and ProSiebenSat.1 in September 2017, before being swiftly joined by Channel 4 a few months later.

It offers a viewable inventory of 800 million premium video views across France, Germany, Italy, Spain and the UK. Sky’s AdSmart meanwhile, has seen rival broadcasters in the same country combine forces, with the result that the UK is on a swift track to become one of the most receptive countries in the world for DAI.

“In the next month and a half or so we go live in the Virgin platform, and that will add 2.5 million homes’ worth of addressable reach to our base; 40% of the UK will be addressable,” comments Graeme Hutcheson, director of digital & Sky AdSmart at Sky Media.

“On the same theme we are in conversations with another couple of platforms about bringing our AdSmart technology into their systems. By 2021 we will have AdSmart technology operating in a Connected TV framework, as well as with YouView and on Now TV. By 2021, in the UK we will have around 60% addressability. Advertisers want to be quite highly targeted so the more scale you bring the more meaningful it is to a brand or an advertiser.”

The technology, is, of course, evolving too. When AdSmart started it had in the region of 400 targeting attributes. This has grown over the years to close to 1600, and interestingly Hutcheson says that the GDPR rollout has had little negative impact on that growth or growth elsewhere in the business.

“The main impact of the GDPR for us is that advertisers have become more completely comfortable with handling first party data and making sure they have all the right security measures in place.”

“Advertisers want to be quite highly targeted so the more scale you bring the more meaningful it is to a brand or an advertiser.” - Graeme Hutcheson, Sky Media

The Impact of OTT
While it is always tempting to conflate OTT with a subscription model, SVOD is not the only game in town. Sky sees its Now TV OTT service as a main driver of growth in all its territories and the importance of Digital Ad Insertion to OTT is emphasised by RTL’s Nölke.

“We believe SSDAI is critical to the growth of OTT and we will be working closely with Yospace to further drive innovation in programmatic enablement for live and VOD. In addition our other SSDAI partners will be able to benefit from these advancements, as SpotX looks to continue to push the whole industry forward.

“With regards to VOD, SSDAI has technical advantages that go beyond live and make its application for demand services more and more common,” he continues. “Moving the ad decisioning server side reduces many complexities that come with a fragmented client-side environment today. In some examples we also have clients that are working with us to solve their problem with ad blocking on desktop inventory.”

“They have understood that DAI is a necessary technology which has to go hand in hand with an ad serving stack like SpotX,” he says.

“And this advantage will be at 100% if you have your own video platform in use. You don’t have to share ad revenues with other market partners, that is their core belief. But is this a realistic scenario to cover the complete market distribution reach based on their technology? Is RTL as big and important from a TV user perspective that all their TV content is delivered via RTLnow only? Or do they still need TV content aggregators as partners like Deutsche Telekom with Magenta TV, Vodafone, Zattoo and others?

“If you need partners you may have to work with or accept their existing DAI solution together with an alternative ad stack technology which they have in use for all their distributed TV channels.”

At Sky, the old adage of ‘my enemy’s enemy is my friend comes to mind, with Hutcheson saying that the company has reassessed how it reacts to its competition in the face of the threat from the likes of Facebook and Google and plenty of industry predictions painting a negative view of broadcast’s share of online video ad revenue. “There will be more consolidation than fragmentation for sure,” he says of the future.

“Through DAI, broadcasters can offer this relevancy in their live and on-demand ad-funded streaming services to an audience that is likely to be more accepting and responsive because of the ingrained nature of broadcaster advertisements,” he says.

“Broadcasters and ad-tech companies may find themselves more aligned than before as technology advances and the traditional media companies struggle more and more to compete with their online counterparts, so many could invest more heavily as it becomes essential to survival.”