Why it’s nice to be Niche 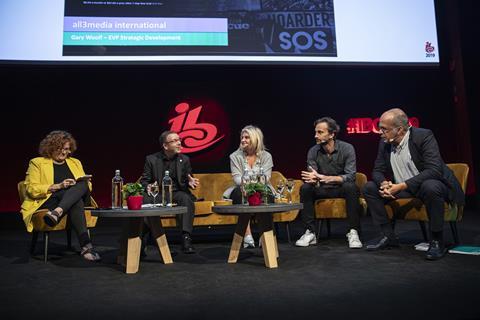 First up was All3Media’s EVP of strategic development Gary Woolf who launched Inside Outside, a specialist homes and garden streaming channel, with TV4 Entertainment at IBC two years ago.

“We’re learning that superniche has lots of potential because Netflix can’t possibly cover the depth of everyone’s hobbies,” said Woolf.

He added that not only has self-publishing on OTT given All3 the ability to exploit its vast catalogue of programming, it’s also enabled it to introduce its content to the US market.

“We have some fantastic content in our library but within the US, the pace of content is difference and trying to license those shows into cable networks is tricky – so we decided to create a home for them and it is now available around the world,” he said.

Woolf added that All3Media will be launching another super niche SVoD “within the next couple of months”.

French-based streamer Trace – an afro-urban youth brand which operates 23 channels across an array of different platforms as well as through various operator partnership agreements – is now planning to expand in the UK. It has acquired an urban music channel which it is rebranding for launch in November.

Natalie Morley, Trace’s head of acquisitions and originals, added: “We’re also planning to launch a European music channel, a Brazilian channel and an education channel in Africa for young adults and teenagers who don’t have access to proper education.”