Revival of the fittest as natural history TV comeback booms

Demand for natural history programming is booming amid climate concerns and interest from streaming platforms. 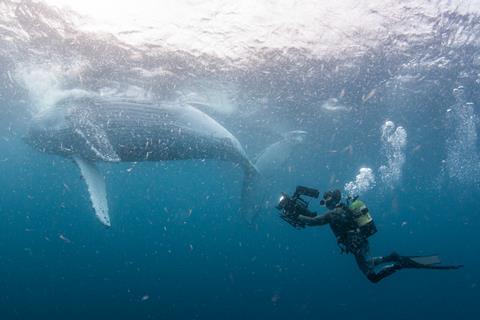 Our Planet: The popularity of natural history TV is at its peak

All of a sudden, the natural history TV market is hot.

A slew of premium, big budget shows have hit screens in recent months, or have been announced by broadcasters, streamers or digital platforms.

Netflix made its first foray into the genre last year with big budget series Our Planet. More recently, Netflix launched the documentary Dancing With the Birds, and Night on Earth, a six-parter on nocturnal animals. Coming up this spring is feature doc A Life on Our Planet, narrated by Sir David Attenborough.

Apple is in the market for natural history shows too, with documentary Elephant Queen among the first offerings on its new streaming service. Soon-to-launch short form service Quibi has also stepped into the market, ordering Fierce Queens, a bite-sized series from the BBC’s famed Natural History Unit (NHU), which looks at animals from a female perspective.

Discovery, meanwhile, is set to launch a global streaming service this year following a $400m programming deal struck with the BBC in 2019 which will see it offer output from the BBC’s NHU, including landmark series Planet Earth and Blue Planet. National Geographic is also showing renewed appetite for premium natural history series, while specialist streaming service Love Nature has stepped up commissioning.

Traditional broadcasters are also moving into the resurgent natural history space. ITV has greenlit its first major wildlife series in a number of years, working with Hostile Planet producer Plimsoll Productions on six-parter A Year On Planet Earth. NBC is also pushing into high-end factual with a ten-part doc series from the BBC’s NHU about the landscapes and animals of the Americas which will air in 2024.

“People are beginning to get really bothered by what it is that is wiping out the natural world in such large numbers.” Julian Hector, BBC Natural History Unit

A clear indication of the premium attached to natural history television now is the talent involved with some of the programming.  One of Apple’s new shows, Prehistoric Planet – about the last days of the dinosaurs - is being produced by Jon Favreau, producer of The Lion King, Iron Man and The Jungle Book. Titanic director James Cameron, meanwhile, is executive producing deep sea exploration series Mission OceanX with the NHU for National Geographic. Last year’s BBC and Discovery series Serengeti was produced by Simon Fuller, the manager of the Spice Girls and the creator of American Idol.

It’s hardly a surprise that there is such activity in the natural history space. The audience numbers for premium series can be huge. Netflix’s Our Planet racked up 33 million views in its first four weeks, surpassing the streamer’s prediction of 25 million. 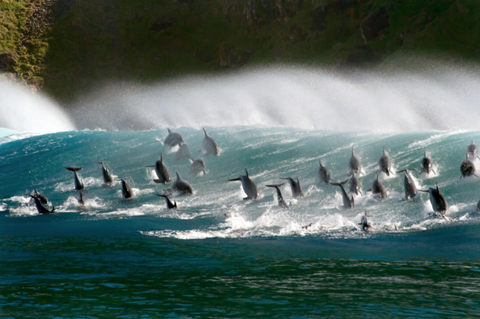 “Demand for natural history programming has never been so great,” says Julian Hector, the head of the BBC Studios Natural History Unit, which is making shows for Quibi, BBC America, Discovery, NBCU, Warner Bros and Nat Geo. He says a billion people have seen its two landmark series, Planet Earth 2 and Blue Planet 2, and the unit’s most recent Seven World’s One Planet has consistently been a top rating factual show of 2019 in multiple territories.

Naturally premium
Hector cites two key reasons for the demand. The first is structural changes in the TV industry, which has seen the emergence new platforms looking for standout content - and being willing to pay for it.

The second reason is that “the natural world has never been more important” to viewers, says Hector. “People are beginning to get really bothered by what it is that is wiping out the natural world in such large number. With the terrible ecological and environmental crisis that we are in, the whole topic of conservation has got bigger and bigger.”

His point is echoed by Andrew Jackson, president of international production at Plimsoll Productions, which produces acclaimed series Hostile Planet for National Geographic and has natural history orders from Apple through to ITV.

“Natural history is definitely on the crest of a wave. Is it the best it has ever been? It probably is,” says Jackson, who is a former head of the BBC’s NHU. He says the “switch to premium content” is the big change in the past five years, citing demand from Netflix, Nat Geo, Discovery, Apple and Quibi. “There is a lot of what feels like good new money coming in. And that is really helping the market.”

10 years ago, says Jackson, there was a sense that the natural history epic – which can cost $3-5 million an episode – was dying on its feet, with few broadcasters outside the UK and the US able to afford the genre. So the market shifted to producing mid-budget, presenter led content. “What we’ve now seen is a shift back to the amazing epic. And that is primarily because Planet Earth 2 was so successful.” Jackson says there is something of an “arms race” between streamers and broadcasters now, who are concentrating on bigger, premium series.

Green screen
As a result, it’s something of a boomtime for leading natural history producers, many of whom are concentrated in Bristol in the UK – which has been dubbed ‘Green Hollywood’. Bristol is home to most of the UK’s top natural history production companies: the BBC’s NHU, Plimsoll, Silverback, Icon Films, John Downer Productions, Ammonite, Humblebee and Off the Fence as well as newly launched indies Offspring Films and Wildstar.

Silverback, for example, was founded in 2012 by former BBC NHU bosses Alastair Fothergill and Keith Scholey. It produced Netflix’s Our Planet, and also made Disneynature feature Penguins, released last year as well as Netflix’s Dancing with the Birds. Silverback is also behind Netflix’s upcoming A Life on Our Planet. 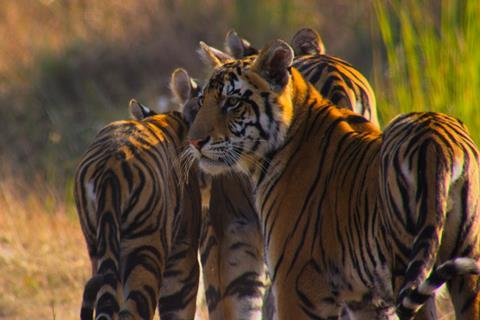 Silverback: Produced Our Planet as well as Penguins and Dancing with the Birds

Plimsoll has also grown fast since being founded in 2013, and now has 250 staff. The NHU, meanwhile, which was founded 62 years ago and has long been the anchor for the natural history community in the city, now has around 350 people working for it. “We’ve never been so big,” says Hector.

That’s partly to do with the cost of making premium series now, he adds. A landmark series is comparable in price to drama, and might hire upwards of 1000 people during the course of production, which takes up to four years to make. (The NHU is currently working on Planet Earth 3, which is scheduled for broadcast in 2022). It’s also because the BBC recently commercialised its inhouse production division, allowing it to produce shows for other broadcasters and not just for the BBC.

This growth in natural history production has been of huge benefit for Bristol, with millions of pounds of production pouring into the city in recent years. “This is the place to be a wildlife filmmaker,” says Hector. “Loads of very fine indies have set up over town. We are now way above a critical mass of people. The talent is moving into town – from directors, exec producers and camera operators. All the production companies are doing well.”

Paws to production
It has created challenges for programme makers though, not least because the market for top talent has become increasingly competitive. Finding enough talent in natural history is a key challenge for many production companies. The lack of specialist camera talent is a particular issue, many say.

And then, of course, there is the production hiatus caused by the coronavirus crisis – which is affecting the ability to film and to access locations around the world. “We have to adapt our approach recognising Covid-19 presents an added risk when people are filming for us in the field.  We always put people first and apply strict safety protocols,” stresses Hector.

As for the programmes themselves, these are changing too as budgets rise and technology improves.

“Natural history production is definitely on the crest of a wave. Is it the best it has ever been? It probably is.” Andrew Jackson, Plimsoll Productions

Most obviously, shows are now being much more candid about the environmental crisis and the threats facing the natural world. Blue Planet 2 contained “big messages” about coral bleaching and plastic pollution, says Hector, while Dynasties highlighted the lack of space in the wild for animals. “With all our big landmarks, conservation and our relationship with the natural world is embedded in the offer now,” says Hector. Landmark series coming up from the BBC include Primates later this year, and then The Green Planet, about plants, in 2021.

Hector also says the storytelling in natural history is innovating so that it “gets more and more inside the heads of animals, looking at their plans and intentions.” Dynasties, for example, was full of insights into specific animal’s behaviour and motivations, allowing viewers to engage emotionally with the characters – just as they might with characters in a drama.  Wildlife SVOD Love Nature has also recently switched its focus to character-led programming.

Showing a wild side
There’s also a much more direct focus on the brutal nature of animal behaviour. Dynasties, for example, showed how political, scheming and savage animals can be. One of the most talked about episodes followed two rival packs of painted wolves as they battled for territory on the banks of the Zambezi river in Zimbabwe, fighting off each other as well as buffalos and hyenas. Likewise, Jackson cites the “visceral nature” of Plimsoll’s Nat Geo series Hostile Planet, which showed baby geese leaping from a huge cliff face in a bid to reach food – with only a 50% survival rate.

But the one factor that unites premium natural, landmark history programming is the “promise to audiences that we will offer a new perspective”, says Hector. This could be achieved through the use of improved technology, such as putting cameras on animals – like

Manta Rays – to show the world from the animal’s point of view. Or it might be revealing different behaviour of quite familiar species. Hector cites a sequences in the BBC recent landmark Seven Worlds, One Planet which portrays polar bears hunting beluga whales, a new behaviour that is almost certainly the result of loss of ice from climate change.

As climate change plays out in the coming years, it’s likely that much more of this kind of behaviour will be documented by natural history programme makers – and that demand for such shows to document the fragile natural world will become even greater.