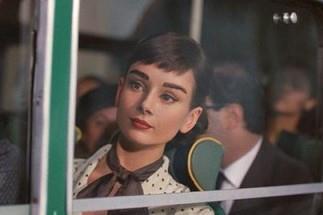 Traditional media is set to see growth in advertising revenue for the first time since 2011, but TV is now generating less revenue than the Google/Facebook ‘duopoly’, according to the US-based World Advertising Research Center (Warc).

Combined traditional media is predicted to grow by 1.5% in 2020, reaching $324 billion in ad revenue. However, this growth pales in comparison with the tech giants, which are seeing nine times the growth of traditional media at 13.2%.

Advertising revenue for Facebook and Google-parent Alphabet is forecast to hit $231.9 billion this year, having surpassed TV revenue for the first time in 2019.

Alphabet alone is set to see a 10% rise in ad income, hitting $149 billion worldwide – the equivalent of 23 cents in every dollar, most of which is generated by Google’s core search platform. YouTube is set to generate $18.5 billion for Alphabet – 29% of the total online video ad spend worldwide.

Warc Data managing editor James McDonald said: “Internet ad growth has been far stronger than the state of the global economy would suggest, rising seven times faster on average since 2015. But, regulation aside, online platforms are bound by the law of large numbers, and revenue growth is easing for key players like Alphabet and Facebook.”

A return to growth for TV – which is predicted to rise by 2.5% to $192 billion – will boost traditional media revenue. Warc identified major events such as the US Presidential Election and the Summer Olympic Games as major drivers for this growth.

However, Warc notes these projections are subject to change and could be impacted by the coronavirus (COVID-19), which has already led to the cancellation of events such as Mobile World Congress and could impact the Olympics or other major sporting events that are set to drive revenue.

“We are yet to amend our forecasts in light of the COVID-19 situation, as we would expect – if the crisis is contained – displaced spend to be reallocated later in the year,” said McDonald.

“Advertising’s relationship with GDP is strong, but a slowdown in economic output as a result of the virus will not necessarily translate into reduced advertising investment.”