Are you talking to me?

Bots hit the headlines this week when it was revealed that chatbots developed by Facebook had apparently started communicating in their own language.

Researchers from the Facebook Artificial Intelligence Research lab made the discovery about the bots, which had been using machine learning algorithms. 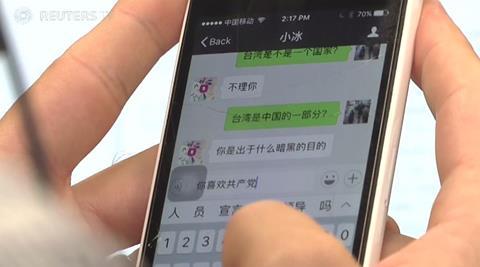 Although the language appeared to be mostly gibberish it has been cited as an example of how AI-based technology can deviate from a script.

Evidence of ‘rogue’ chatbots isn’t hard to find; in the same week as the Facebook bots began chatting to each other in unexpected ways, reports surfaced of a pair of chatbots in China being taken offline after they too strayed off script. They also used machine learning techniques, in this case to conduct conversations with online shoppers.

And last year, a Microsoft chatbot was taken offline after a series of racist posts.

IBC2017 Hear about the opportunities for audience engagement, content discovery and promotion and delivering enhanced entertainment experiences during the In Conversation with…Bots session at IBC

So why are businesses so keen on using chatbots? Instant engagement with customers is key, as is the ability to communicate at scale and, hopefully, resolve relatively simple queries without human intervention. 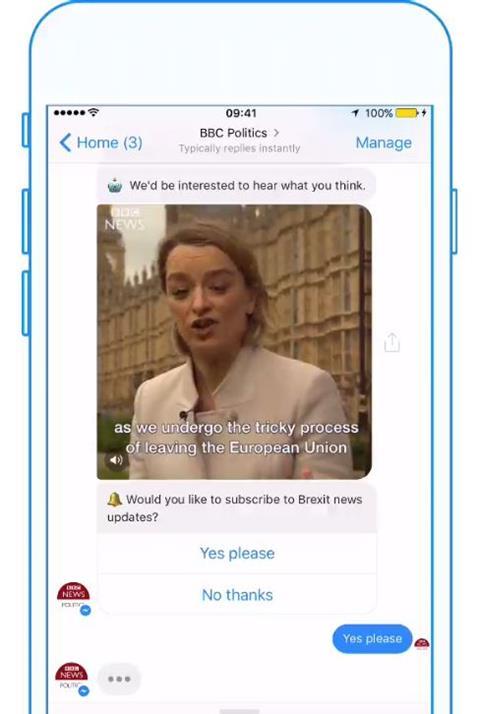 The Bot Platform is a company that has worked with the BBC (pictured right), Hendricks and a host of music artists to provide messaging bots.

“It’s been really interesting to see what people do and don’t understand about bots, and how they can benefit people,” The Bot Platform Chief Executive Syd Lawrence told IBC365, adding that the use of AI isn’t necessary for messaging bots.

The Bot Platform’s first project was for Hardwell, a DJ based in Amsterdam with over 8m likes on Facebook.

“His fan base is super attached and keen,” says Lawrence.

“We launched a bot for his fans to vote for their track of the week. They used to be able to vote via a website, but now they can vote via Facebook Messenger, which can also be used as a broadcast channel. That is where the business value is; we consider it a tool for engagement rather than customer service.

“One problem we have is people calling them chat bots. You don’t want to chat with a bot. But you do want it to perform a task or complete a process, and that is where these things can be so powerful.”

Recipients of these messages are “hugely engaged”, Lawrence says. He points to a 99% read rate, says that messages are read within a minute and that they have a 20-40% click through rate.

The Bot Platform’s work with the BBC began with the BBC politics team to help disseminate information about Brexit and providing answers to frequently asked questions.

After the election was called, the Bot Platform provided a system that allowed readers to sign up to a service to find out about results in a particular constituency. Then, as soon as the results were announced they would receive an alert.

The BBC, which built bots for Facebook, Twitter and Telegram in collaboration with the BBC’s Visual Journalism and World Service teams, said that they allowed the broadcaster to “automate our coverage of the EU referendum, reach audiences where World Services websites are blocked and engage readers who wouldn’t normally visit our sites”.

Some of that was in the form of in-article chatbots that provided a “conversational interface” at the bottom of an article. It has also created a quiz within Facebook Messenger on the subject of air pollution.

The Bot Platform is now working with other BBC teams in unrelated areas. And it is in talks with Showtime about using bots to maintain interest in shows between seasons, for example through quizzes about past seasons of shows.

The Bot Platform has worked with platforms such as Twitter, but it’s focus is squarely on providing bots for Facebook Messenger.

Facebook made it possible for businesses to run bots on its Messenger system back in April last year at the company’s F8 Developer Conference. 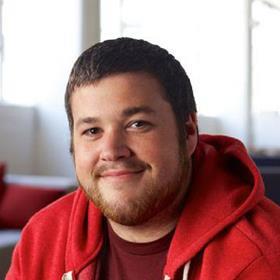 “Users on Messenger are so engaged. Some use messenger more than other platform,” says Lawrence. “The 1.2bn users it has is far higher than any other platform.”

The Bot Platform also works in other industries, including HR and commerce.

For HR, bots can be used to measure the pulse of a workforce and find out how they are feeling through surveys, and to provide internal communications, training and interactive guides.

Lawrence summarises the role of bots as “all about information retrieval – whether internal or external. They can provide automated communication at scale,” he says.