Jade is a new set-top box from Technicolor, which is designed to improve the performance of video over in-home WiFi networks where computers, mobiles, laptops and other wi-fi devices are taking up bandwidth space.

To help to deliver better video the Jade STB has integrated the AV1 open source codec, which is said to reduce 4K bandwidth requirements by around 20% in comparison to current proprietary HEVC devices. The box also features WiFi 6, which is the latest version of 802.11 technology. 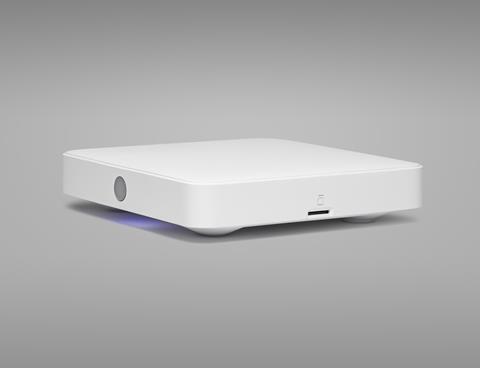 Brian Jentz, senior director of product management, Technicolor, said: “Jade will greatly improve the performance of video over in-home WiFi environments by integrating the power of new compression and WiFi technologies. The AV1 technology already has the support of many streaming services, including Netflix, Amazon Prime Video and YouTube. The fact that it is open-source means it will not be plagued by the licensing issues that held back the adoption of the previous generation of HEVC technology.”

Jentz added: “WiFi 6 offers increased signal strength, reduces interference between neighbouring hubs, and has the embedded intelligence to effectively support more devices in a single WiFi channel. The WiFi 6 technology that Technicolor has built into the STB gives Jade a 30% increase in coverage capacity for IPTV and streaming video compared to the current WiFi technology.”

During IBC2019 Technicolor is demonstrating how Jade can run in Android P environments and is previewing the device running in the Android Q environment. Versions of Jade will be available to support the RDK platform.