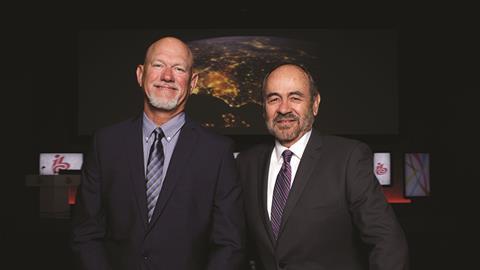 NASA: Using UHD and AR/VR to explore the solar system

With a mandate to share its work as widely as possible, NASA is at the forefront of communications technology, having launched the world’s first public UHD channel and boasting extensive experience with AR and VR.

Such initiatives earned NASA the 2016 IBC Judges’ Prize, which was collected by the agency’s IBC keynote speakers, Carlos Fontanot, Imagery Manager for the International Space Station (ISS) and Kelly O. Humphries, News Chief at NASA’s Johnson Space Center and the voice of mission control for more than 50 shuttle missions.

Humphries explains that to make these projects possible, NASA uses its own resources and enters into Space Act Agreements to collaborate with various entities.

“Our mandate under the U.S. Space Act of 1958 is to share what NASA does, as widely as practical,” he explains.

“Through the years, we have matured from black & white stills and television images, exclusively through the news media, to today, when we are combining that with reaching out directly to the people of the world through the internet and social media.

As we continue our exploration farther out into the solar system, we’re looking forward to working with new partners and developing new technologies that will improve our ability to share that imagery and bring people along with us for the journey.”

“Our biggest challenge with launching the channel was dealing with first generation, serial #1 hardware,” says Fontanot.

“There were no manuals, and firmware and software was not stable. Leveraging NASA’s existing broadcast capability and with the help of Harmonic, the necessary bandwidth for the UHD channel was allocated on the NASA broadcast transponder.”

“A challenge for space and interplanetary exploration is imagery hardware size, mass and power ”

“Now that the channel is up and running, the primary challenge is managing the huge files to be sent to Harmonic for editing, and for Harmonic to remotely access their playout server,” explains Fontanot.

“All NASA centres have 4K acquisition capability, and B-roll is being provided to Harmonic to create programming. Stunning 4K footage is being shot on the International Space Station, including breathtaking Earth views, that are being broadcast on the UHD channel.”

HDR was a very big topic at IBC2016, and Fontanot says the technology is critical for use in space.

“Changes in colour, contrast and intensity are essential for imagery analysis as it applies to performance of rocket engines, structures, satellites and other space hardware and systems.

”For instance, slight discolouration on a surface may be an indicator of material fatigue or other anomalies, such as abnormal temperatures or radiation. Cameras that can capture HDR may be a key during troubleshooting or other investigations.”

NASA has been tapping into VR and AR capabilities for many years, and the agency has already found uses for the latest commercially-available VR gear in its labs, for areas including space walk training, space robotics, use of mechanical arms to grapple satellites, and space modules. 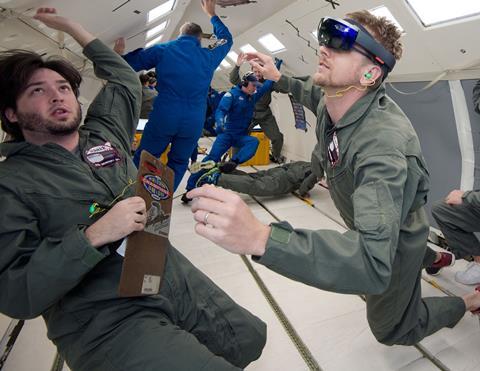 “Cameras with a 360-degree field of view with no moving parts would also be advantageous for spaceflight. We wouldn’t have to fly the mass of a pan tilt unit – as well as design a pan tilt unit that could survive the vacuum of space and extreme temperature variations,” says Fontanot.

Looking ahead, he says, “a challenge for space and interplanetary exploration is imagery hardware size, mass and power. NASA looks to industry for equipment that could be used in the next decades for the Mars voyages. [That includes] embedding intelligence in systems so they could be automated, such as auto-tracking, self-aware imaging systems that could detect a change and store the incident for later review.”

Adds Kelly O. Humphries, “NASA is using various partnerships to encourage a robust commercial launch industry to help further our exploration of the cosmos and share it with the public.” 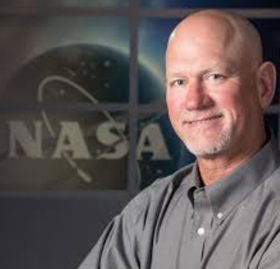 Kelly is the News Chief for Johnson Space Center in Houston, Texas, USA, which is the home to Mission Control for all NASA human spaceflight missions, the International Space Station program, the Orion programs, and the new spacecraft for future human missions to Mars.

It’s also the home of astronaut selection, training and support.

Kelly manages and coordinates day-to-day media, web, social media and television operations as NASA’s Houston center shares its human spaceflight activities with the world, and is a seasoned veteran in the field of crisis communication.

He was the “voice of Mission Control” for more than 50 space shuttle missions and countless space station launches, landings, spacewalks. 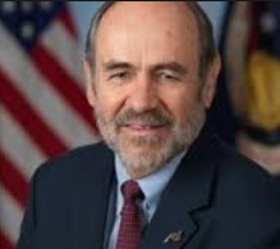 The ISS streams six simultaneous HD channels that are recorded at the Johnson Space Center in Houston and downlinks hundreds of still images a day, totalling more than 3 Million images so far over the last 15 years.

The ISS cameras are carefully selected and certified for flight for the astronauts to acquire stunning images for the whole world to enjoy, be it UHD or hi res stills.

Carlos has spent the last thirty-nine years in the TV and still imagery industry, twenty-five of those years with NASA.

He lived in Moscow for two years as the NASA Public Affairs Officer establishing live TV broadcasting from Moscow and Kazakhstan for the launch of the first ISS crew and first ISS elements. Fluent in three languages - English, Spanish and German.