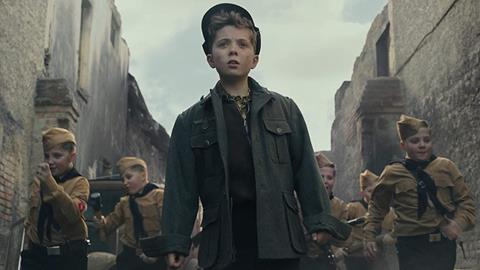 Behind the scenes: Jojo Rabbit 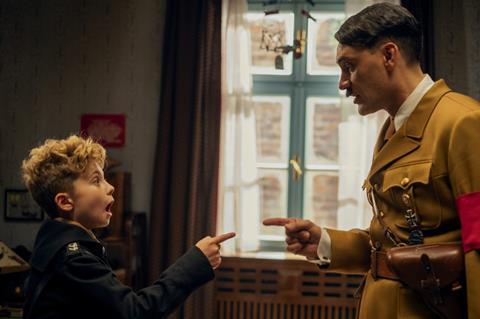 Jojo, a normal kid with a vivid imagination, an absent father and a need to fit in, settles on a pretend friend in the form of Adolf Hitler. In filmmaker Taika Waititi’s World War II satire, this fantasy is experienced as a matter of fact.

“The main thing was to tell this story through the eyes of a 10-year old kid,” explains the film’s cinematographer Mihai Malaimare. “I was surprised by the subject but I could see Taika’s style in the script right away.”

The New Zealand writer/director delivered a disarming mix of comedy and drama when tackling child abuse, social care and racism in films Boy and Hunt for the Wilderpeople. He injected the same sense of freshness into Thor: Ragnarok but JoJo Rabbit based on the novel ‘Caging Skies’ is an altogether different proposition.

“He uses comedy to pinpoint some really important situations,” says Malaimare, who has shot three films for Francis Coppola and Paul Thomas Anderson’s The Master. “One of the first things we did was watch a BBC documentary about the Hitler Youth.”

“It was important to me that Jojo be clearly seen as a 10-year-old-boy who really doesn’t know anything,” Waititi explains in the film’s production notes. “He just basically loves the idea of dressing in a uniform and being accepted. That’s how the Nazis indoctrinated kids, really, by making them feel part of this really cool gang.”

In preparation, Malaimare studied the work of famed photographer Henri Cartier-Bresson who had begun photographing Europe in the 1930s. After escaping from a German prisoner-of-war labour camp, Bresson documented scenes during and after the Allied liberation. 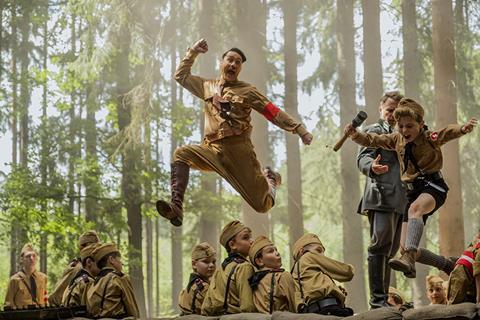 Jojo: ”He just basically loves the idea of dressing in a uniform and being accepted. That’s how the Nazis indoctrinated kids”

“You see children at play then you notice they’re wearing gas masks or playing next to piles of bombs,” Malaimare says. “His photographs of children contrast their innocence against an environment war and ruin. That is Jojo’s world too.”

The Romanian trained as a photographer before entering film school in Bucharest where still photography “was the cheapest way to learn composition, framing and photochemistry.”

He tends to use stills rather than movie references as a key into all his film projects. “A good still is designed to be looked at for hours whereas a single frame in a movie doesn’t work as well unless seen as part of a sequence.”

With his local knowledge of eastern Europe, Malaimare visited many of the proposed locations for Jojo Rabbit in the Czech Republic, taking hundreds of photographs using an old Contax II series camera favoured by Magnum war photographer Robert Capa. 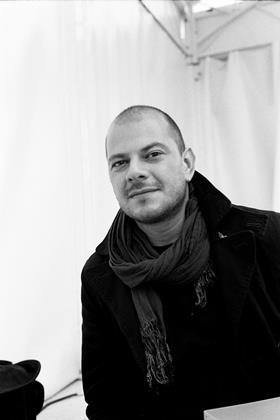 “I always carry several cameras with me pretty much everywhere. I’m looking for composition, yes, but also to express a certain mental state by observing certain things. That’s why I love street photography since it has a lot to do with observation and quick reaction to things as they happen.”

He adds, “I knew I would get along with Taika the moment I saw that he carried a Hasselblad XPAN.” The XPAN shoots a ‘panoramic’ 35mm negative, wider even than 16:9. “That told me a lot about him.”

Adding colour
The photo references of the period were mostly black and white but the filmmakers didn’t want Jojo to be a sepia-toned history lesson.

“We didn’t want to shy from colour. In all departments from costume and sets to cinematography, we create a spectrum of oversaturated colours around JoJo. We start out with warmer, more vibrant reds, oranges and pinks and lush greens, then as the storyline becomes increasingly sombre we contrast with a colder monochromatic palette.”

To bring Jojo’s fictional hometown of Falkenheim to life, the production headed for Žatec and Úštěk, small towns in the Czech Republic—in an area that was at times considered part of Germany and was under German occupation in WWII.

The town’s pristine German-style baroque architecture became a defacto ‘backlot’ especially for a harrowing, meandering long shot that weaves in and out of the city, as the allies liberate Germany.

“Often on a period film, you’re trying to hide signs of the modern world with camera angles and lighting but here, everything looked so authentic, it allowed us many more options,” he says. “You could barely tell it was the 21st century because there were no wires or air conditioning units or anything that takes you out of time. So, we had the luxury of being able to move freely and shoot in 360 degrees.” 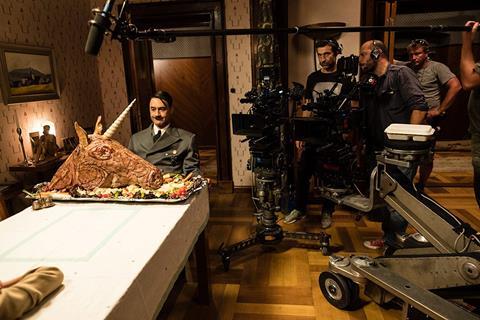 Most of the interior sets were built on stages within Prague’s Barrandov Studios, a weighty spot for a WWII satire because during the occupation, that very same studio churned out Nazi propaganda.

Candles, gas lamps and a few 5-watt LEDs reflected the darker aspects of the movie including the tiny hiding place in JoJo’s home where his mother (played by Scarlett Johansson) is hiding a young Jewish girl.

“We were also using T1 lenses and when you shoot at that speed in such low light, there are extreme limitations, especially on the actor’s movements,” he explains. “It was very difficult work, so we were excited to be able to get those shots,” he says.

Waititi had the dailies projected for the crew and heads of department, a rarity on most film sets. “Everyone was invited and this created a special bond between us. Normally the key creatives and producers watch everything on their own laptops and that’s a totally different experience to watching a projection that you can all experience.”

The director banned cell phones from the set too. It was a discipline that Malaimare enjoyed; “It means everyone is focussed and involved not distracted elsewhere.”

Malaimare recalls that his father, a theatre and TV actor turned director (also called Mihai Malaimare), took him aged 15 backstage of a show and demonstrated the console which commanded 180 light changes. It was a moment that fixed his career path.

“I realised you can do so much with light to keep an audience enraptured. From that moment, I knew I wanted to do something related to images.”