The Public Radio and Television Service of the Autonomous Province of Vojvodina (RTV) in Serbia has chosen Stage Tec consoles to equip its new broadcast studios. 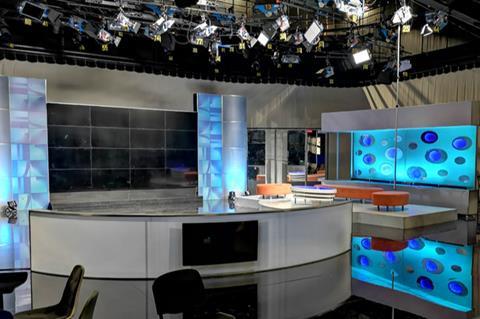 For a long time, RTV was located in an old building in the city centre of Novi Sad that was not fit for purpose. In November 2020, the long-awaited new and contemporary RTV building was completed. The 17,000sqm space provides five television, five radio and two music studios for the production and broadcasting of radio and television programmes.

At an early planning stage of the project, Dirigent Acoustics, Stage Tec’s distributor in Belgrade, was entrusted with the acoustic design of all studios and control rooms, the design of the audio system and supervision of the project. The main TV production studio was equipped with an audio and video routing and distribution system in the Central Equipment Room (CER) and the Master Control Room (MCR).

A 48-fader Aurus platinum mixing console and a Nexus audio network with a Nexus Star router are used in the CER. Six base devices for system integration and distribution provide 64 microphone inputs, 40 line inputs, 28 AES 3 inputs and 28 AES 3 outputs, as well as an XDIP plug-in card for integrating a wireless microphone system via Dante. Two base units, each with 32 microphones and one with eight line outputs, were installed as stage boxes in the studio. An additional Nexus Star router is ready for future expansion, which is planned for this year.

The Aurus platinum mixing console offers extensive features for audio processing, including a flexible bus structure with intelligent on-air/off-air solutions or the optional automix for talk shows. In live applications, Aurus offers integration with the Nexus audio network. Direct access to all parameters such as microphone inputs optimises operating speed and workflow enormously.

Dirigent Acoustics was responsible for the design, provided support for the installation of the system and performed the commissioning. The company also helped with technical and operational training for RTV staff, which was provided by Stage Tec.