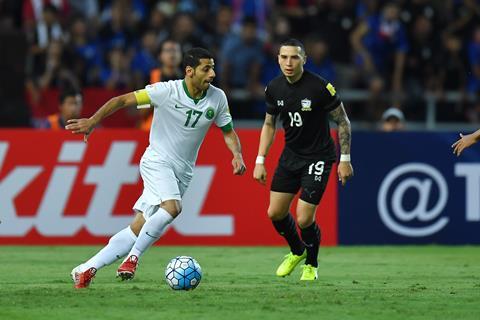 The European Commission has accused Saudi Arabia of causing “considerable harm to European businesses” through its support of pirate sports channel BeoutQ.

The Commission’s biennial report lists the 13 countries that the EC thinks have the worst track record of battling piracy and IP theft which impacts European businesses.

The report took aim at the Saudi government after rights holders, believed to include the likes of the English Premier League, Spain’s La Liga and UEFA, submitted complaints about Saudi-based pirate TV service BeoutQ during an EC consultation.

BeoutQ is accused of pirating broadcasts from the likes of BeIN Sports and broadcasting it in the Middle East through Arabsat services.

Saudi Arabia and Nigeria were the only two new countries to be added to the report, which looks at counterfeiting, piracy and IP theft across wider sectors.

“Saudi Arabia was selected because of its global role as a regional transit country for counterfeit and pirated goods destined for the EU, and because stakeholders report high-scale satellite and online piracy and ineffective enforcement measures to tackle them,” the report said.

Saudi, it adds, has failed to take sufficient steps to tackle infringement despite BeoutQ’s service reportedly being transmitted by the partially state-owned Arabsat, which Arabsat has denied.

BeoutQ has faced criticism from African football bosses and UK MPs, among others. But copyright piracy, especially online and satellite piracy, remains a major issue for European creative sectors. The problem is widespread and rampant in countries such as Argentina, Brazil, China, Ecuador, India, Indonesia, Mexico, Russia, Saudi Arabia, Thailand, Ukraine and Vietnam.

Es’hailSat Executive Director of Commercial Hamad Al Mannai told IBC365: “Piracy of content is a major concern, not just in the Middle East, but it is a global concern that needs to be addressed by the industry.

“From our experience in the Middle East, illicit streaming devices are easily available in the market that offers users with an entire bouquet of illegally acquired channels from various regions, causing major financial impact to content owners and broadcasters.”