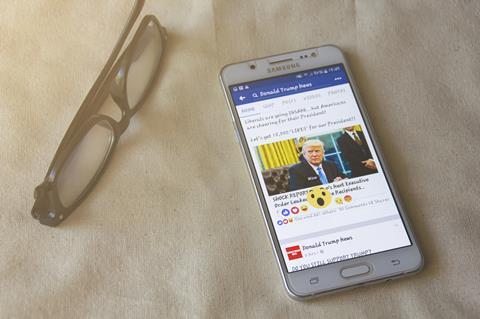 Reuters has announced a deal with Facebook to fight against misinformation using its newly-launched its Third-Part-Fact-Checking Program.

In the run up to the 2020 US election, Facebook will pay the global news service to fact-check information including images and video after it previously came under fire for external interference.

The terms of the deal were not disclosed but the Third-Part-Fact-Checking Program also includes other partners such as the Associated Press, PolitiFact, FactCheck.org and AFP United States.

The fact-checking initiative is an extension of the media verification efforts Reuters has built through its history with the aim of providing accurate and trustworthy news content guided by the Trust Principles, which state Reuters must supply news services with integrity, independence, and freedom from bias.

It will publish its finding on a dedicated blog, where it stated: “The principle aim of this unit is to fact check visual material and claims posted on social media.”

The unit will be overseen by Hazel Baker, global head of UGC Newsgathering at Reuters. Baker has been leading visuals verification at Reuters since joining the news agency in 2017 and prior to that, she was digital newsgathering editor for Sky News, UK.

Last June Facebook claimed it had found “no evidence” of any Russian meddling with the UK’s Brexit vote, with executives from the firm agreeing the “pressing need” for new regulations and rules.

Reuters is currently in the process of expanding its fact-checking unit with four additional staff that will work to verify the content posted on the social media giant with the primary purpose to flag where media is false or misleading.

The news service said it will assess the authenticity of user-generated photos, videos, headlines and other content on the Facebook platforms for US audiences in both English and Spanish.

In a statement from Reuters, director of global partnerships Jess April said: “We are steadfastly recognising the magnitude of misinformation taking place around the world. It’s a growing issue that impacts society daily and it’s a responsibility for news organisations and platforms to halt the spread of false news.

“Reuters has a superior track record in sourcing, verifying and clearing user-generated content for distribution to thousands of clients globally and we are best placed in using our in-house expertise to fact check social media content.”

Most recently, Reuters partnered with Facebook Journalism Project to develop an e-learning course to help newsrooms around the world identify and reject manipulated video, pictures and audio, available in four languages including English, French, Spanish and Arabic.