To the general public, 5G mobile networks are mainly a better version of 4G and 3G that gives faster download speeds with lower latency. Although this is true, it’s only part of the story, as John Maxwell Hobbs reports.

Supported by the 5G standard is NarrowBand-Internet of Things (NB-IoT) a low power wide area technology developed to enable a wide range of IoT devices and services with improved the power consumption, system capacity and spectrum efficiency. 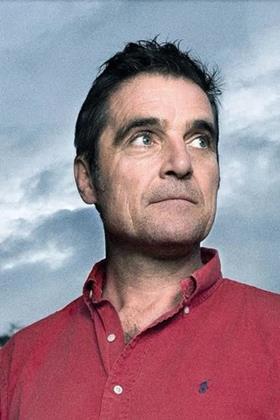 Malcolm Brew, a Senior Research Fellow at Strathclyde University, discussed some of the broadcast production applications that can make use of 5G networks, in particular, CAT-M1, which can deliver speeds up to 1Mbps asynchronously. “That is interesting to broadcasters,” he said. “You’re never going to stream live video onto the Nine O’Clock News or capture 4k HDR video, but you could have lots of ancillary things around the wireless camera. You could have microphones, tally lights, all kinds of timecode, generators, genlock, lighting control. It can support all these peripherals, which are very important to a production.”

Brew believes that NB-IoT with its low transfer rate of 250 kbps has a role to play as well, particularly for OBs and location shooting. “It would be useful for asset tracking cameras, vans, generators, and other pieces of kit,” he said. “Some of lenses are £40,000 pounds a pop, some of the camera bodies are just monstrously expensive. But when you’ve got six of them and it’s time to move on, the tent gets packed up and they go missing…” The telemetry capabilities of NB-IoT would allow the missing items to be easily located.

A significant change brought about by 5G is the ability to make use of shared spectrum. This allows the creation of private ad-hoc networks for specific events.

The University of Strathclyde is one of the Champions of the IBC Accelerator Media Innovation Project, “5G Remote Production … in the middle of nowhere”, delivering proof of concept demonstrations of the use of private 5G networks in locations around the world, including Kenya, New Zealand, Southern Ireland and the Highlands of Scotland.

Brew explained the significance of this. “You can treat a 5G network like PSME (Programme making & special events) that you can get on the fly,” he said. “Crack out your credit card, say who you are, where you’re going to be, what power you need, and you’re up and running. Now you can have what we’ve nicknamed a neighbourhood network in a box. They’re very lightweight and consume very little power.”

These on-the-fly networks can be licensed very quickly - Ofcom issued a licence at Edinburgh airport in a mere 48 hours so that the Accelerator project box could be used to cover the Queen leaving Scotland for the last time.

“Currently, at Wembley, for example, they lay 12 kilometres of cable every time there’s an OB, and then have to pick it up and go to the next gig. It’s very expensive, it burns lots of carbon and you can’t just say, ‘hey, well we’re not going to Wembley this weekend, we’re going to Knebworth.’ It’s like ‘no, no, no, you can’t do that.’ With a 5G network in a box, you can pop it into the scanner to handle all your UDP video. There are lots of cables at the head-end but all of the rest of the cables just disappear.”

An added advantage is having full control of the quality of service on the network. Even with 5G network slicing, broadcasters are forced to deal with contention for bandwidth when they are using the same network at Wimbledon as 1000 spectators trying to upload pictures from their smartphones.

Venues use many wireless devices such as radio microphones, walkie-talkies, in-ear monitors, assistive listening devices, wireless barcode scanners, and more. All of these devices compete for the same radio spectrum, and most require PSME licenses. Brew believes that private 5G networks can make this less expensive and more functional. “When a big game is going on,” he said. “You have security, you have barcode ticketing, you’ve got to organise 60,000 people and their well-being, make sure that they’re coming to the right turnstiles, and more. What’s nice about 5G networks is you can have one network where everyone’s available,” he said.

“They’re all on one network which would allow production to speak to Security, and Security to access production camera feeds. It’s potentially much cheaper if you have one network and control the quality of service yourself. Of course, the video has the priority but perhaps a certain moment it’s the police or the ambulance service that have priority if necessary.”

5G finally realises a number of goals set back in the early days of 3G development – packet-switched voice, broadband throughput, low latency data transfer, automatic quality of service provisioning, and low power operation. More important, it has the potential to deliver the holy grail of the telecoms industry – ‘ABC’ or Always Best Connected. This is the concept that information will be delivered via the most appropriate method.

There’s no reason to fill a broadband channel with text messages that are best delivered via narrowband transmission, and NB-IoT, with its tiny trickle of data ensures power efficiency so that batteries powering IoT devices can last up to 10 years.

The past 10 years have seen governments around the world reclaiming spectrum traditionally used for PSME and broadcast applications and auctioning it off to mobile networks. This has led to concern that the broadcast industry would have to return to cabled cameras and audio equipment. Now that 5G has freed the operation of mobile networks from being limited to a handful of large carriers, broadcasters have new options.

“The evolution to 5G is very different than that from 2G to 3G to 4G,” according to Brew. “It’s like a network of networks,” said Brew. “You can bring Bluetooth, Wi Fi, ZigBee - it’s not so much the radios, but the way that the core can authenticate and provision to bring all of these other networks together. And that’s why 5G standalone is so exciting, because for the first time, somebody can buy their own radio heads and they can run their own network. And it’s affordable. It’s actually cheaper than using anything that the ecosystem is currently offering.”