Blockchain technology offers a fascinating opportunity to scale merchandising revenue if managed carefully, according to experts on the latest IBC Webinar: Blockchain for media.

The popular webinar kicked off with a comprehensive introduction to the concepts and technology behind the oft-misunderstood areas of Non-Fungible Tokens (NFTs) and blockchain as a distributed ledger from Tod Martin, CSO, Soma Innovation Lab. Martin explained the utility of blockchain-underpinned digital goods and assets, such as NFTs, pointing out their inherent authenticity as being of key importance from the perspective of broadcasters and rights holders.

JR Griffin, VP, Digital Marketing & Business Development, Fremantle was bullish about the technology, telling the panel that Freemantle has found the creation of NFTs a valuable enhancement to existing merchandising strategies. “What we were able to do,” he explains, “was to look at [adopting blockchain] through a licensing model. We have robust licensing teams in our various territories, and we look at launching NFTs much like we will launch t-shirts for a TV show or a mug or similar.

“This helped us get through some of the hurdles that a traditional company might face when entering this realm. We started by launching digital collectibles around the key art of a show called American Gods that we created and distributed around the world. Those were collectible NFTs of character art and key art from the show sold on a platform called Curio NFT. So, people could buy them for something that’s affordable - $50 or $250 - and pull them into their wallets and sell them on OpenSea if they wanted to, or sell in the marketplace.”

Griffin continued to explain where the NFT sits within the current, well-established merchandising universe, and critically, why digital assets have characteristics that can trump physical assets in some cases. “The latest project we worked on was for American Idol, which was on ThetaDrop, which is a closed NFT marketplace. Something that’s very important to us is to make sure things are accessible and affordable for our fans. So, we’re trying to pull fans of American Idol - a 20 year old show - into the NFT space here. How can we get them to engage?” 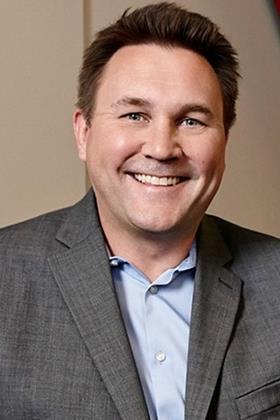 In this case, Griffin and his team used blind packs of digital trading cards. “People would buy a blind pack [of cards], open it up, [and discuss] ‘who did you get?’ Good buy? Or sell on the marketplace on ThetaDrop? Or you can hold them. And we had gifts and airdrops and challenges throughout the season of American Idol, so if you held contestants that remained in the competition, you won other gifts. We wanted to really tie an NFT drop to what happened in the show. We didn’t want to just sell art. We wanted something to happen and create engagement.”

Managing liquidity in a digital world

Griffin continued to tackle the potentially knotty question of speculators, and how to manage digital assets so that community values can be upheld, without seeing the spiralling prices - and subsequent crashes - that have marked out many publicly traded blockchain tokens.

“It’s a little tough,” he says. “Your intent has to be right. There’s a big gap between speculators who are just buying and selling something, and fans of our shows, and we’re trying to bring them together again.

“For the last two years I’ve been saying [that digital products must be] accessible and affordable, and something people can understand. I think with more education, you’re going to get more general fans in and taking part. Although it’s a tough one, because - as we’ve seen in the last couple weeks - the crypto market has fallen greatly. So, there will be speculators or people looking to make a quick dollar. But I think it’s dependent on all of us, and people who own IP, not to let that happen, by starting from an affordable landscape and by providing that value and utility.”

“Fans that want a digital item, such as an NFT, will be engaged and I think that’s the key driver” - Roger Quintin, General Manager and Director, Dish Mexico

Tod Martin, CSO, Soma Innovation Lab, explained that there is a perspective that welcomes the condensed boom-and-bust cycle of blockchain tokens as being a positive tool for change, rather than something to be feared. 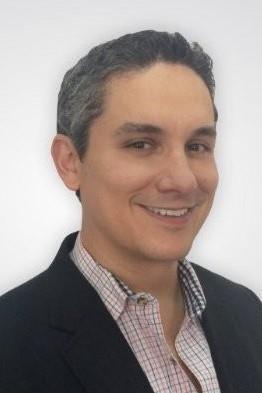 “When swings happen like this,” he says, “it really purges out the rogue element, and the people that are not there for the long term. And that’s a healthy part of the cycle, because then you get the people who are providing true utility and I think it’s important when you’re investing, whether it’s an actual piece of content or collectible. It’s good to see what their roadmap is, because most of the legitimate companies will be reporting where their roadmaps are headed. So, you can say: ‘oh, wow, there’s an actual plan for where this is going to go, there’s additional utility that’s going to come to me even further down the road’…”

Roger Quintin, General Manager and Director, Dish Mexico stepped in to agree that enabling free market forces to operate was at times an unavoidable result of creating tradeable and desirable items, whether physical or digital.

“For collectible card items, you have things like eBay and you will buy a collectible and, eventually, if what you want to do is make money, you will put it out into eBay and start selling. So, I agree with the concept that fans that want a digital item, such as an NFT, will be engaged and I think that’s the key driver – [to be] ‘engaged’. Then we can do business, as companies, within more strategy-based loyalty plays or the engagement type of approach in time. But the users that want quick money will put it on eBay or OpenSea or whatever…”

The future - increased loyalty and engagement

The IBC Webinar: Blockchain for media closed with some panel assessments of the future value of blockchain to the media industry, covering off use cases such as loyalty programmes (akin to airline schemes), as well as new methods of creating micropayments and ad-revenue monetisations. 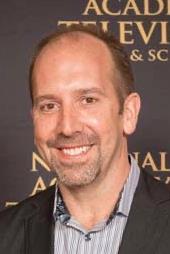 JR Griffin put it bluntly. “For us, it’s about fan engagement. We have this IP that’s been around 50 years or longer, and we connect with our friends in different ways already - on TV, on streaming platforms, live events - showing fandom. [Blockchain technologies allow us to] get people involved from Day Zero on a project before its launch, and connect to the next generation through the metaverse, collectibles, [and] what have you. So, for us it’s that fan connection and commitment that we’re looking to enhance forever.”

As the panel began to unpack, blockchain covers a vast area of technological solutions and powerful applications, many of which are set to become increasingly important in a multi-channel world. While blockchain is certianly not a tool to solve all the challenges facing the entertainment and media industries, it has many aspects that will have a role to play in the future. We’re just getting started.

To view the full discussion on replay, check out IBC Webinar: Blockchain for media