It has already fitted 32 systems but is currently deploying six more to create new mixing studios in more cities. The regional newsrooms have an average of ten video editing suites each and one or two audio mixing studios, with all stories going through the mixing systems. 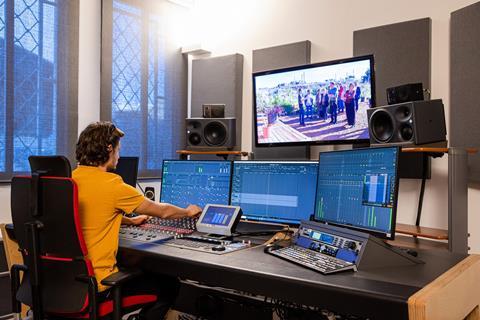 The new Fairlight Advanced Consoles are replacing older Fairlight EVO DAWs, first released in 2010, before Blackmagic’s acquisition of Fairlight. “We had to change it because we were encountering more and more hardware failure,” explains Amandine Doucet, AV Project Manager for Aski-da Taldea, which has been working on the project for France Télévisions. “We couldn’t find the spare parts because Blackmagic wasn’t manufacturing it [EVO], as it was developing the new Fairlight system.”

The key priority in selecting a new digital audio workstation was its ability to “be integrated in our workflows because we have a custom-made environment with a PAM [production asset management] system that has been developed by France Télévisions, called iMedia. We had a lot of different workflows using this PAM, and the old Fairlight system was really well integrated with that,” says Doucet.

France Télévisions also “wanted a solid system because the hardware failure we encountered with the old Fairlight system was quite traumatic for the different regional centres”, she explains. “The essential thing was also to be easy to use for the news show, as the news stories require a lot of quick access.”

Operators also wanted easy access to some of the main functionality, such as equalisation. “When they are mixing a news story, sometimes they have only two minutes to go, and so they do it in one shot and it goes on air. So, it has to be reliable and easy to use.”

The choice wasn’t as simple as just updating to the new Fairlight, however. As France Télévisions is a public company, it had to do a European tender, but it had just two responses that met its specifications: from Avid with its Pro Tools proposing the use of two S1 control surfaces; and from Blackmagic.

“The essential thing was also to be easy to use for the news show, as the news stories require a lot of quick access,” Amandine Doucet, Aski-da Taldea

The main difference that made France Télévisions choose Blackmagic was the control surface. “The one from Blackmagic was scalable and also more solid and has a better fader quality than the S1,” recalls Doucet. Also, it has more quick accesses”, such as the rotating button to change equalisation. “Blackmagic is more complete from that point, and also regarding the API interface for integration with our PAM. Avid had just begun to develop its SDK [software development kit], whereas Blackmagic had everything ready – it even had more than we asked, so it was the main point for our decision,” she says. 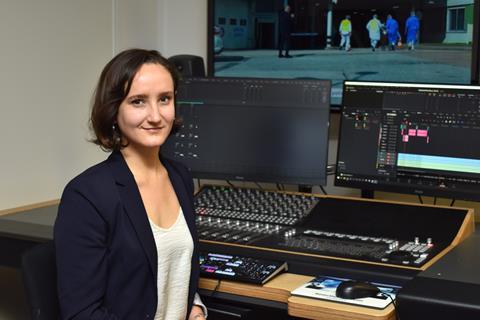 In making this decision, they gave each system marks for every criteria. They didn’t need to trial the systems as they had previously trialled the Blackmagic control surface and had some S1 control surfaces in edit suites in France Télévisions’ main facilities.

To see what the APIs could do, “we asked both candidates to provide us with some samples, and that’s where we saw that Blackmagic is more mature on that point”, she adds.

To tie the Fairlights together with iMedia and use the APIs in DaVinci Resolve, Blackmagic’s audio and video software, it completed the integration in house, using the development team it has dedicated to the PAM. This team worked on the specification with an audio engineer and found the API easy to understand as both systems use Python script, so it just needed some calls to this script.

“The audio operator has an interface within the PAM where he can select a project story. It’s either an AAF coming from Avid Media composer or an MXF file coming from the outside, for example, a reporter in the field,” says Doucet. When the button is clicked, “iMedia will automatically create a new project with the media in the right timeline and using the operator template that shows [from a list of personal templates each operator has]. iMedia will load it directly, so the person never has to open manually a project; iMedia does it all.”

When the audio is finished, the operator goes back to iMedia and clicks export, to either export the audio file or to directly send it to the playout system.

Resolve can do much more than audio, including video editing and colour correction, but so far France Télévisions hasn’t used it for video, as its workflow, with video editing in Media Composer, is quick and efficient. Using Resolve for complete packages is something it might consider in future. “It’s just that today it’s quicker to just wrap everything,” she says.

All the Fairlight systems it has installed are configured the same, with three modules on the control surface, with almost the same number of inputs and outputs for each studio. 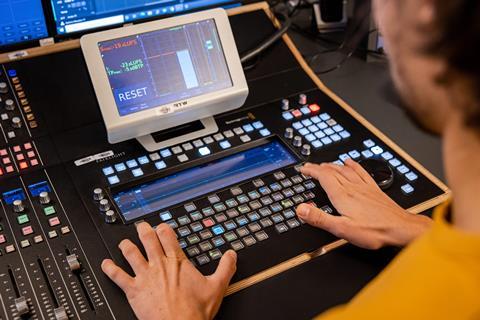 The operators mainly rely on the control surfaces, but also utilise the graphical interface because they use third-party plug-ins, such as iZotope, Nugen or Waves, for some audio treatments. “But mainly it’s the control space because they have an audio editor where they can set different shortcuts. So when they are operating it’s fairly straightforward to use all these shortcuts – they almost don’t touch the mouse, staying only in the control space,” says Doucet.

From old to new

The “integration was quite easy and we were able to keep the same operating mode as before, which had one advantage – that we were able to make both systems, the old one and the new one, work at the same time. So, for every regional centre we were able to make a soft transition,” she recalls. “The operator could choose if he was going to work either on the old Fairlight or on the new one. So when he was in a bit of a rush and was not sure of himself, he could go on the old system and, when he was sufficiently confident, go on the new one, and still have the security to do that. It makes the transition very smooth.”

It helped greatly that users could continue to operate largely as they were used to as the control surface is quite similar to what they used before. “Even if the software was completely different, they were still quite at home with it,” she says. 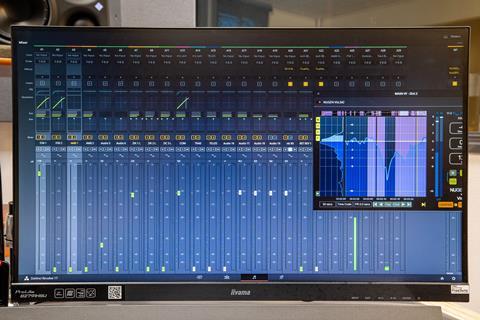 The systems are now being used for magazine shows and promos as well as news, “so they can do very short programmes and 52-minute programmes, but the workflow is always the same. We are still using iMedia and the performances are really good either for short programmes or for long ones,” she says.

The next step with Fairlight is likely to be as a ‘nomad’ system, using it on a laptop at festivals or sports event. This is something the broadcaster’s audio engineers are currently looking at.

A lot of the evolution of the system that France Télévisions wanted has already happened, as it has been working with Blackmagic and its Paris-based reseller Magic Hour on this since it started the project some 18 months ago. “We are constantly in communication with them to improve things for us. So, regarding the functionality that could ease our workflows, I think it’s already on track and we almost have everything. The main thing was the way it handles the timeline at 50 frames per second. Today, it’s not quite working as we are expecting so it is still developing.” The systems will also be able to support any move to UHD in future.

France Télévisions would also like to carry out musical projects on it. “I’d like to have some MIDI tracks, some virtual instruments and everything that’s more dedicated to music and music production,” she says.