On the front line of audio and video storytelling innovation

Self-styled ‘accidental entrepreneur’ Jeff Kofman tells Anne Morris how Trint grew out of the desire to free journalists like himself from mundane tasks such as transcribing interviews, allowing them to focus on the more creative elements of their jobs.

Jeff Kofman certainly never expected to become a technology entrepreneur. As an Emmy award-winning network television news foreign correspondent and war correspondent with ABC, CBS and CBC News, he spent more than three decades reporting on some of the biggest stories of our time. These included: the Iraq War, the Arab Spring, Hurricane Katrina, the Gulf oil spill, and the Chile mine rescue. 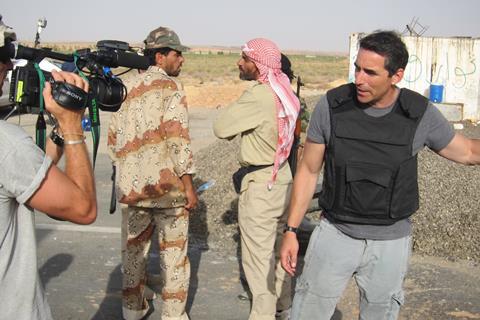 Behind the frontline: Arab Spring, in Libya 2011

However, his exasperation with some of the more time-consuming aspects of his work eventually took him down a somewhat different path. Like many journalists, Kofman had lived with the frustration of manual transcription his entire career. Indeed, he couldn’t believe he was still manually transcribing interviews, speeches and news conferences in the 21st century.

Following a chance encounter at MozFest, the open source coding conference in London, he teamed up with a group of developers to explore the use of artificial intelligence (AI) techniques such as automated speech recognition (ASR) and natural language processing (NLP) for audio and video transcription.

The growth of Trint

By the end of 2014, Kofman had left his job at ABC News and started to build up Trint. “It took a couple of years to get it to market. We had to raise the money and moving from news reporting to building a startup meant I had so much to learn,” he said. Now, the New York Times is Trint’s lead investor, while other investors include the Associated Press. “They’re two of our biggest customers as well,” Kofman said.

While Trint counts many of the biggest media organisations in the world as its customers, its customer-base goes far beyond media to include marketing agencies, major tech platforms, government and universities. With its military-grade security and servers in the EU and the US, Trint has positioned itself to serve customers on both sides of the Atlantic.

The company has 100 employees, with headquarters in London and its North American HQ in Toronto.

Kofman is only half joking when he says he invented this product for himself. “It solves a pain point that I lived [with] and the part of my job that I liked least. I saw an opportunity to leverage AI and software to do the heavy lifting of content creation and liberate us to do the interesting stuff.”

“I call myself the accidental entrepreneur,” he added. “Nobody is more surprised than me that I’m sitting here as a tech guy, an inventor, a CEO.”

Kofman devoted his career to being a broadcast journalist. But his life changed after a “lightbulb moment” when he saw the potential to free reporters, editors and others from the more mundane tasks of their jobs. 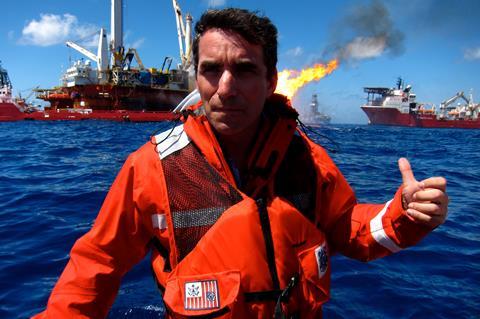 Behind the frontline: BP Oil spill, 2010

“I just saw an opportunity, I saw the future. And I said, well, the thing that I hate most about my job as a broadcast journalist is transcribing my overly long interviews and having to search through them to find the moments that matter,” he said.

His role at Trint is certainly a challenge he never thought he wanted in life. “But it turns out, it’s really, really interesting. And it’s also really hard. But I invented Trint for me and people like me, that was the initial inspiration.”

Trint is a speech-to-text productivity platform that uses AI to convert speech to text, then gives users the tools to find what they need in their audio and video content. ASR and NLP are applied to decipher the sounds that make up human speech. It matches those sounds to the corresponding word in its dictionary and displays those words in the Trint Editor. The video or audio file is then made searchable, editable and shareable.

Trint can turnaround live transcripts with a delay of just seconds. It works in 32 languages and translates into 50 languages. Live transcription is compatible with common streaming formats, including both push (RTMP) and pull (RTMP, RTSP, HLS, Icecast, FFMPEG).

Kofman said the vision was always to build more than just an automated transcription tool, noting that the basic transcription of conversations, whether audio or video, “is rapidly being commoditised.”

“Where [Trint] gets valuable is the ability to build content in one seamless workflow to actually take those moments that matter and say: ‘I like this quote or soundbite, let me put it here. Let me go to that interview and find another one. And then let me write something in between’”, he said.

Building a collaborative platform is key. “For most people today, the process of creating content involves bringing others in,” he said.

The next step is to enable content creation on a live basis. “We are in the process of releasing a product on mobile that will allow me to do an interview where I’m sitting, and people, anywhere they have access to the internet, will be able to listen and ultimately watch that interview, come in with transcripts live and take moments, seconds after they’ve been said and say, ‘Oh, she just made news. Let’s use that, verify that the automated transcript is correct, if not fix it quickly. And bang, it’s out on Twitter.”

Kofman said journalists need products like Trint in part because of the extent to which the nature of news output and journalism has changed.

“When I began in television in the 1980s, in Toronto, I did a two-and-a-half-minute story and that was my day. Nobody in journalism is doing that today. Now you’re putting it out on four or five different social media feeds; you’re getting it online from the field; you might be doing an audio report; you’ll be doing a debrief; you might do something for a podcast. That same piece of content is now being pulled in so many different directions at the same time. And so people need tools to do that,” he said. 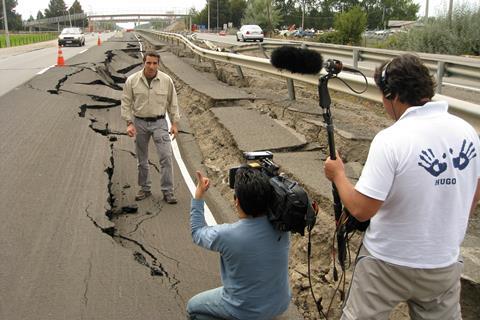 Behind the frontline: Chile earthquake, 2010

As for Kofman, he still thinks of himself first and foremost as a journalist. Indeed, he is still very much active in this field, providing global affairs commentary for the BBC on a regular basis and also teaching journalism, among other activities.

“I really feel very much like journalism is in my DNA, and I actually expect to be doing more journalism, not less in the coming years,” he said, hinting that other projects lie ahead. But for now, his energy is dedicated to making Trint even more useful for enterprise customers and individual users. “The opportunities for innovation in this space are endless,” he says. Stay tuned!

Trint"Trint is a collaborative content platform that’s used not just in newsrooms, but by creators of all kinds."