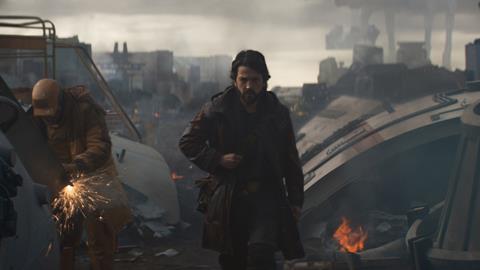 Star Wars: Andor - Behind the scenes

Just as the final act of Rogue One: A Star Wars Story neatly plugged the feature prequel into George Lucas’ Star Wars canon, so the new Disney+ series Star Wars: Andor will arc its way to the start of Rogue One. In another, not uncoincidental piece of symmetry, the editor on both projects is John Gilroy. 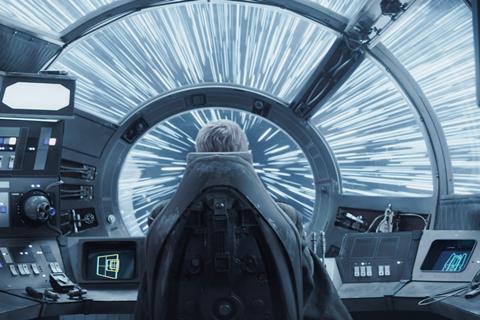 “Like everyone else I feel the original Star Wars (IV, 1977) was ground breaking and I was fascinated by how, on Rogue One, we were able to touch that first movie,” he told IBC365.

For those who don’t know, the breathless finale of Rogue One (2016) has rebel insurgents deliver plans of the Death Star to Princess Leia.

Leading that treasonous act was Cassian Andor (Diego Lunar) whose backstory the 12-part serial digs into. Like Gavin Hood’s film, Star Wars: Andor also leans into the mud, mood and metal of a war story.

“Rogue broke some new ground in terms of its gritty look and in its examination of character,” said Gilroy, who is also the TV show’s co-producer. “Andor is all about pursuing and pushing that a little more.” 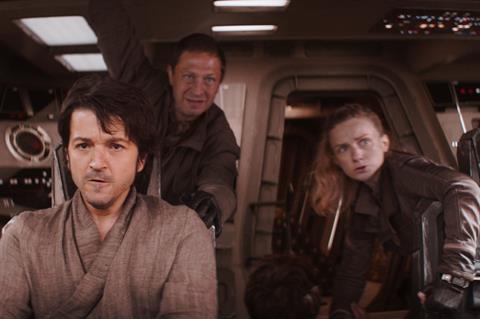 The showrunner and co-writer on the project was Gilroy’s brother Tony who is best known for scripting four of the Jason Bourne movies as well as co-writing Rogue One. He set Star Wars: Andor five years before the events of the feature.

“The five years beforehand is where everything is fermenting and cooking, and bubbling up, and all these nascent revolutionary, rebellious ideas are percolating all over the galaxy in all kinds of independent, improvised and ad hoc ways,” Tony Gilroy said. “People are trying to build a revolution and the tactics that are used in revolutions are uncompromising.

Read more: Behind the scenes

“We definitely discussed [using virtual production] but decided it did not lend itself to what we were trying to do,” John Gilroy explained. “Virtual production frees you up in some ways and it limits you in others. In the production design and look we wanted to go more realistic and therefore to shoot in a more old-fashioned way.”

“We want reality. We want to make the galaxy real. We’re just saying that everything that’s happening is happening to people. We’re going to see people that are just absolutely thrashed by the Empire.”

To that end, much of the production was practical, with massive, intricate sets built at Pinewood Studios (harking back to the original series’ Elstree base) and in locations across England including Coryton Refineryin Essex, the Fylde Coast in Lancashire and the disused Winspit quarry in Dorset.

“We see a variety of planetary cultures that are destroyed in what will be reminiscent of Colonialism in many ways,” said Tony Gilroy, seemingly unaware of the irony.

The filmmakers were also keen to avoid too many Easter Egg style references feeling they would be a distraction from the core story.

“If you start thinking about [those things] too much you lose sight of the story you want to tell,” said John Gilroy. “I like to think we’ve pleased the Star Wars fans as much as anybody but we’ve also paid attention to the meat and potatoes. We’re not leaning on Star Wars references as a totem.” 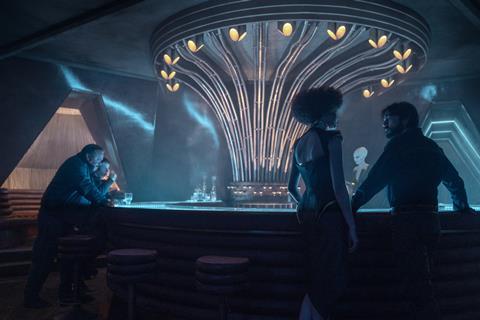 Andor: filmed in locations across England, as well as at the Pinewood Studios

Covid delayed production in 2019 and even when filming began in early 2021, the brothers were prevented from travelling to the UK. Covid also prevented Tony Gilroy from directing the first three episodes as planned so the team assigned three talented British helmers including Toby Haynes (Black Mirror); Susanna White (Generation Kill); and Benjamin Caron (The Crown) to shoot the blocks.

“My whole department was in Pinewood while we were in the States and we worked that way for six months before we could travel,” said John Gilroy, who also oversaw post including VFX, sound and music. When he did get to London he was based with editorial at Hireworks on Shaftsbury Avenue.

“The end of episode three was particularly challenging to cut because we have a lot of plates spinning and the storytelling is complicated,” John Gilroy said. “My process is generally to go with my gut and make a rough cut of a scene to make it feel like a finished product as fast as you can. I also find I can get to the truth of what the show or movie is faster. Sometimes a good dialogue scene between two characters is harder to cut than action.” 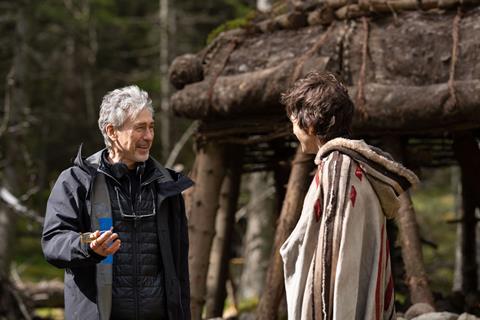 Behind the Scenes: Andor

He began his career working with Francis Coppola’s longtime editor Barry Malkin on Peggy Sue Got Married. His other credits include Pacific Rim, Narc, Duplicity, the Academy Award winning Michael Clayton and The Bourne Legacy (both directed by Tony Gilroy) and Nightcrawler (directed by brother Dan – who also scripted episodes of Andor).

“We are very blessed that we all get along,” John said of working with his siblings. We have a shorthand when we work together and can call each other on something—and tell each other if we feel something is bullsxxx. Tony is in New York for most of the time while I am in London but even if I don’t see him at all we communicate telepathically.”

The show’s production values were on par with the work that goes into a Star Wars feature. Cassian’s home planet of Ferrix, a salvage and repair hub where the first three episodes take place, resulted in an extraordinary build in the grounds of a former quarry at Little Marlow, close to Pinewood.

“We’re still delivering space fantasy but every step of the way, we ask ourselves how we would do this if this was a movie set in an everyday town,” relates production designer Luke Hull, who won an Emmy for his production design on Chernobyl. 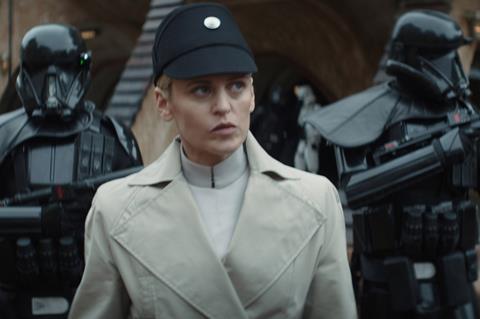 “We tried with all the sets to be quite earthy and raw and not get too cartoony. We wanted to be able to follow a character and not feel inhibited by the set to do that, giving more 360 environments and more detail, so it feels alive.”

The production travelled to the Cruachan Dam in the Scottish Highlands to capture for environments for the planet of Al-Dhani. Hull notes, “So many of the Star Wars planets are desert or ice, so it was interesting to find a tangible landscape that could form a different version of a planet.”

He adds, “If you look at the dam, it looks like Darth Vader’s mask. The notion of everything that we’re trying to do with the series is to suggest that the Empire was a bit of a blight on any landscape, so it was perfect.”

While the timeline for Star Wars: Andor spans a year, Season 2 begins shooting next month back at Pinewood and will cover, over 12 episodes in blocks of four, the next four years leading up to Rogue One.

Read more: Behind the scenes: The Mandalorian’s groundbreaking virtual production