As CIO of Warner Bros. Discovery, Dave Duvall is steering the media giant through a dazzling array of technology shifts without recent precedent, writes David Davies.

If a week is a long time in politics, as former British Prime Minister Harold Wilson famously remarked, then six months is an extremely long time in media. It was only in April 2022 that Discovery Inc and AT&T announced they had closed their transaction to combine the WarnerMedia business with Discovery, thereby creating a ‘premier standalone’ global media & entertainment company named Warner Bros. Discovery (WBD).

Speaking shortly before he was due to participate in two events as part of the IBC Conference at IBC 2022, WBD chief information officer Dave Duvall confirmed that the combined organisation is already on a “consolidated trajectory” that will allow the formerly separate businesses to “operate as one company”. The IBC Show, he says, provides “an ideal opportunity to introduce WBD as a whole and talk about what we are endeavouring to do, which is to have some of the world’s greatest content creators in front of and behind the camera, and where we are going in the future in terms of the technology and the [direction of WBD].” 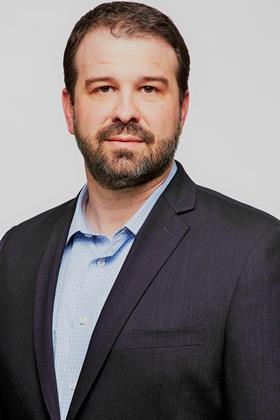 Duvall’s remit to oversee enterprise technology at WBD is considerable, encompassing such pivotal interests as studios, linear networks, infrastructure technology, cloud platforms, monetisation systems and cyber security. He brings to the role more than 19 years’ experience at Discovery Inc, latterly as CIO following spells in other positions such as EVP & head of global IT, and executive vice-president – infrastructure & IT support services.

But although his responsibilities are extensive, Duvall concisely summarises the overriding objectives as being to ensure that WDB’s clients “see us as a great place to conduct business. Then, when content is created, to make sure that it is getting to the right audience, as well as doing all the right things to protect and secure that incredibly valuable IP.”

Of course, all of this is taking place against a backdrop of profound technological change, many aspects of which Duvall touched upon during his conversation with IBC 365.

Focusing initially on migration to the cloud, Duvall confirms that “we are big believers in the cloud end-game for most of the technologies here. We want to be flexible as to where our workloads operate, and we want to be efficient. I think there will be plenty of movement there within the next year or two, so for example more live production and control is in the realms of the achievable, although I think things like higher-end craft editing will be a longer walk.” 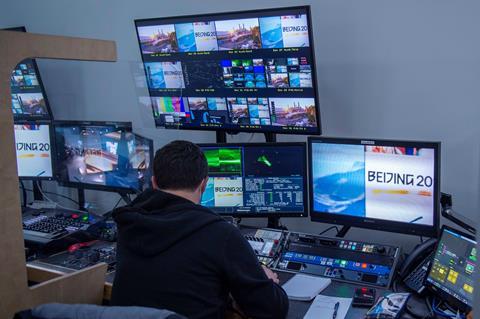 The benefits of moving away from an on-premise model have already been well-established in parts of the former Discovery business. “In legacy Discovery we are already running several hundred networks in [a cloud] environment, so we know that it works,” says Duvall. Consequently, in “the most traditional networks such as factual I think you will see us turning the handle on how fast we can consolidate and adopt cloud technologies purely.”

Few observers would argue with his observation that live production is more “nuanced, and over the coming years I think we will have a blend of on-premise but consolidated infrastructures, involving private cloud scenarios like those operated by Eurosport and the robust private backends in Amsterdam and London that drive the network of our European footprint. Along with that I think you will see remote control room service workloads and back-office production [taken to the cloud].” Hence it’s set to be a pattern of “consolidating minimally in a private cloud setting as well as maximally in a public cloud setting when opportunities arise, such as the refresh [of a service].”

Simultaneously, there is every indication that WBD’s adoption of remote and decentralised production will continue apace. Prior to the April announcement, Discovery highlighted its remarkable recent progress in sports production at the 2022 Winter Olympics, utilising a Cube mixed reality studio and a fully decentralised remote production model with hubs around Europe to deliver upwards of 1,200 hours of live content. Duvall agrees that it was “a real milestone” for the organisation, but reveals that his team is already planning for the 2024 Olympics, which will take place in Paris. 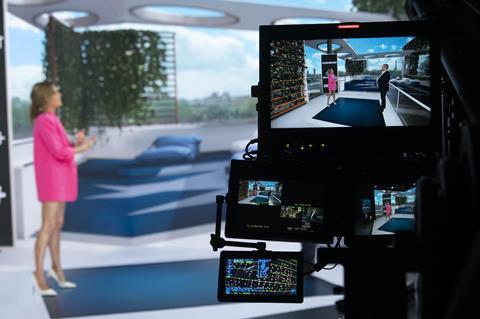 “It will be our lightest-ever presence in the Olympic Village as we will be just down the road [at Discovery’s facilities in Paris],” says Duvall, who points out the broadcaster’s trajectory of having “fewer people on-site at successive games. We had about 1000 people at PyeongChang [for the 2018 Winter Olympics]; that was down to 200 for Beijing in 2022. Now part of that was a necessity to some degree [due to the pandemic], but it’s not far off what would have happened anyway.”

Duvall agrees that the pace at which remote production has become an industry standard is impressive. “I think it’s a credit to several developments in particular,” he says. “One is the resilience of the content owners and the production end of things to be creative and work under the conditions that changed with the flip of a switch in 2020. The other is to the technical partners and providers who keep innovating when it comes to the kit. A lot of our key partners improved their solutions rapidly, [enabling them] to operate more efficiently over transit solutions from private line fibre to traditional satellite.”

Now that the worst of the pandemic is hopefully behind us, there will be time for broadcasters to review what worked well – and what requires further refinement. Media organisations in general “made the best of what were really tough conditions”, says Duvall, adding that the challenge now is “how best to use the [new operational models] in everyday production and business”. 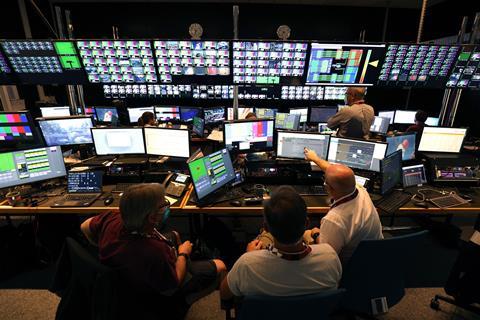 Sports is historically an early adopter and important testing ground of new technologies, and Duvall clearly doesn’t expect that to change. But he does suggest that there are challenges specific to sports that remain to be resolved – principal among them being how best to accommodate the ever-increasing demand for more content to be extracted from major tournaments and events.

As he notes, “you can’t throw a platform with people attached at every single second of a match or tournament. You have to figure out how to tier that and how technology can solve [those challenges].” Increasingly, a model is emerging where “you might have six or eight people” working on the most significant event of the day, down to “one or no people” with full automation on those elements that are “more of a pass-through experience for the consumer. [So the biggest issue is] how to do this in a way that is scalable, predictable and easily operated? There is no ‘one size fits all’ with this sort of production anymore.”

Duvall also discusses automation in the context of content discovery – an issue that is bound to be a priority for WBD as the much-publicised merger of the HBO Max and Discovery Plus streaming services progresses:

One of the largest challenges is to get the right content in front of the customer, and make sure that they have a tailored and personalised experience. I do think that we have great capabilities [in that respect], but there’s always room for improvement.”

HBO Max’s expertise in introducing viewers to a broad base of content is likely to be influential here. “HBO Max does create the unexpected and [encourages subscribers] to break out of genres,” he says. “So I think you will see a balance between the machine-generated recommendations and feeding those unexpected moments that can get you to break out of your comfort zone and potentially find something else that you will love.”

As the time with Duvall draws to a close, the conversation touches briefly on several other topics – including the unlikelihood of another large-scale resurgence of 3D (“I don’t see there being a lot of appetite from the display manufacturers”) to the outlook for 8K (“it’s a valid technology for some production use cases in particular”). But we conclude on WBD’s consolidation and content plans for the year ahead.

“I think that in early 2023 you will see the consolidation of our technology stacks as well as delivery of operational efficiencies to customers, so for instance they aren’t getting separate billing [for different services],” he says, adding that this process is likely to impact the US then Latin America, followed by other territories. Content-wise, “you would have to say that House of the Dragon is the dominant content story right now, although it’s never too early to think about the next Olympics in 2024! Then we are getting very excited about the DC film slate that is primed and ready to launch in the second half [of 2023]. Those are the big marquee moments that are being focused on right now.”