From AI to mixed reality: Inside Microsoft’s Future Decoded event

The themes of mixed reality, artificial intelligence and quantum computing took centre stage at a Microsoft-hosted tech event in London. 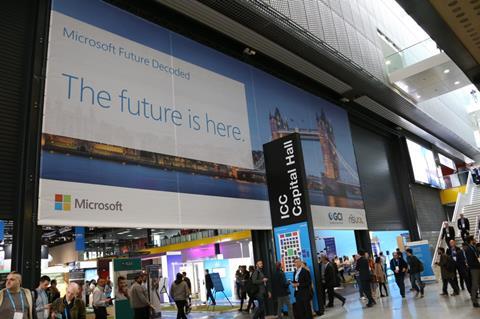 Future Decoded is a conference for customers and partners of the tech giant which was held in London over two days at the start of this month.

Discussions about the potential of artificial intelligence (AI) were much in evidence.

Microsoft’s approach to AI is as a service delivered from its Azure cloud delivered through a network of large scale data centres and smaller edge based technologies.

Also on the agenda was Microsoft’s Quantum Computing software program development which uses what is known as Topological Qubits code, described as “a robust type of quantum bit that Microsoft believes will serve as the basis for a scalable, general purpose quantum computer system.”

Microsoft plans to release Quantum Computing developer code before then end of the year.

So while AI and mixed reality (MR) are being deployed today, quantum computing represents the future.

Read more Artificial intelligence: A catalyst for change in broadcasting

It was in the applications of VR, AR and now mixed reality (MR) that there are implications for broadcasters, explained Oliver Kibblewhite, Head of Special Projects at Rewind, a UK based VR and digital production studio.

One of its recent projects was the development and application of a solution called Flight Deck. A major use case is enhancing the experience of live sport working with Microsoft HoloLens and the Red Bull Air Race. He says the challenge is to provide a track-like experience at home with all of the extra information you get from a broadcast. 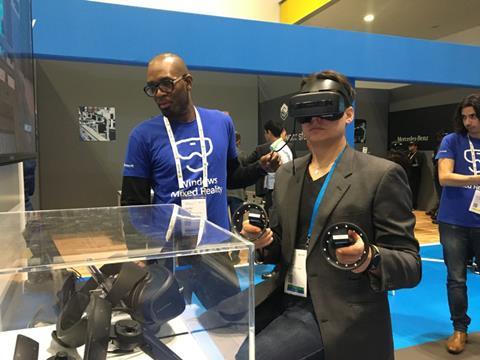 “If you go to the race and watch these incredible pilots fly around these amazing tracks, you see the sport is complicated but it is difficult to understand the complexity involved in flying around these huge inflatable cones; the speed and accuracy are what make the sport a challenge and are the basis of the competition.

“Sitting in the stands it is hard to tell who is winning. You are mostly just waiting for a time at the end of a run. But there is much more information and data at play. Having that available through a HoloLens gives spectators real insight and engagement with the sport. So we took what you see at the race and overlaid that with information.

”This can mean you can measure against past performance, making comparisons with previous runs. You can look at historical information for a performance and have a much more immersive and the inclusion of realtime telemetry will enhance it further.”

Extending use cases to areas such as watching football in a large stadium or at home can potentially open up more possibilities.

“We’re already used to experiencing sports such as football by second screen, third screen or even, fourth screen content…rarely in sport [even in broadcast] are we looking at a single piece.”

On the question of how traditional broadcasters who own and distribute content are engaging with MR, Kibblewhite says Rewind is having conversations with most of the large players.

Having worked with BBC Studios on Home he says all broadcasters are now looking at their traditional content and how it will translate onto AR, VR and MR.

Often the answer is, it doesn’t.

There exists a huge amount of content that works beautifully within a frame, on a TV screen to be consumed on a Sunday afternoon, he says.

BBC light entertainment juggernaut Strictly Come Dancing is one of the broadcaster’s most popular programmes. 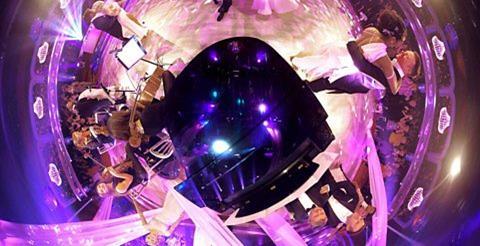 People might think, “wouldn’t it be great to experience Strictly Come Dancing in 360 degrees” says Kibblewhite.

However, what Rewind discovered when providing a 360-degree immersive experience of Strictly was the impact of personal choice of user experience.

In one example a viewer chose not to look at the dancing, preferring instead to focus on a member of the band.

“He was placed virtually in the middle of the dance floor and people are dancing around him, but he spent the entire time looking at one thing. This gentleman played the cello so he spent his entire time watching the professional cello player in the orchestra. So for him, that was the story.

”For broadcast, the potential is for people to engage with the part of the narrative they are interested in and focus on that. Not what is dictated by the editor of the show.”

There will be more developments in MR, some of which Microsoft will be hoping to lead. In July this year, Microsoft announced its Mixed Reality Partner Program for its Hololens technology targeting creative agencies and systems integrators.

The company said it wants firms that create “mixed reality solutions built on great experiences — and those experiences require both a creative design component and a strong competency in application and infrastructure integration and deployment”.

As well as its efforts in the space of MR Microsoft is developing cloud-based AI.

For Microsoft, the advent of AI is being baked into its solutions as part of what it sees are the big industry trends.

According to Jean-Philippe Courtois, EVP and President, Microsoft Global Sales, Marketing & Operations at Microsoft, there are three big tech driven shifts going on in business.

“The first is building the experience for your customers with multiple devices and which is multi-sense. You can start with typing. You can continue with statements when you use your voice, and use your emotion with mixed reality and more.”

“The third big shift is also the emergence of this efficient frontier called the ‘intelligent edge’. Here we can enable you to develop, deploy and manage company intelligence on the edge. This will use micro services, using [software] containers, and use server less technologies. These are the three big shifts we see happening in the market place every single day to disrupt the world of business”.

According to Andrew Morgan, Head of Data Science at KPMG, the scope of AI will move quickly beyond that of just making low value decisions.

However, AI is not a panacea any more than all content requires immersive multi-platform experience. The shift in behaviour on the part of the content owners, distributors and consumers is accelerating but for now the day when the machines will make the big decisions are still a very long way off.