Deity Microphones has signed a licence agreement with Zaxcom for five patents. This agreement will allow Deity’s new BP-TRX units to transmit and record audio at the same time when purchased or used in the United States. 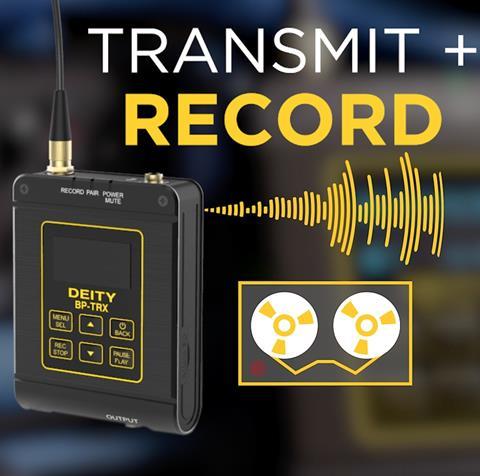 The deal covers all BP-TRX units already shipped to the US and all new units that will be produced going forward. This means Deity will now allow US customers to have access to the international firmware updates starting with Firmware V1.1 (released in early June 2021).

Customers who have already placed pre-orders and are awaiting shipment of their BP-TRX units can perform a firmware update on day one of ownership to unlock all the new features.

“We are thrilled to have worked out an agreement with Glenn Sanders and the Zaxcom team,” Andrew Jones, brand developer of Deity Microphones, said. “We are excited to showcase to our US customers the full potential the BP-TRX will have on their video shoots. It’s been a long two-year journey designing the BP-TRX and this licence agreement with Zaxcom is the cherry on top of all that hard work.”

In 2005, Zaxcom released the TRX900 which was awarded a patent for the ability to transmit and record timecode laced audio. Deity Microphones now becomes the first brand to have licensed these patents from Zaxcom.