See the most innovative new technology first at IBC2022

With almost 1000 exhibitors confirmed for this year’s show, IBC2022 will be the place to see the latest technology releases from established names and some of the most exciting start-ups around. From the latest in AI and machine learning-led tools, to the solutions that solve the biggest challenges facing the industry today, the RAI Amsterdam will have it all.

Steve Connolly, Director at IBC, says: “I’ve been delighted with the response to this year’s show. We now have over 950 exhibitors, which I expect will pass 1000 by the time we get to Amsterdam. If you add all the co-exhibitors and pavilion exhibitors it will be over 1250. The enthusiasm from across the industry to return to IBC has been fantastic to see.” 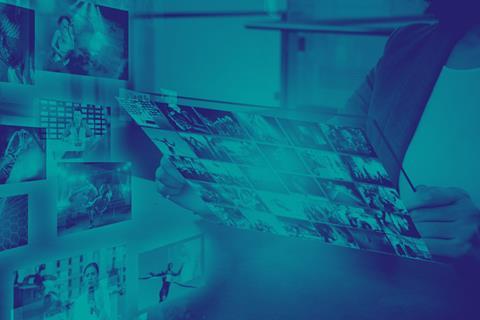 Find the most innovative new technology first at IBC2022

This being the first in-person IBC since 2019, it’s perhaps no surprise that the industry is keen to showcase how it has responded to the huge changes in how and where content is created and consumed.

“While vendors were forced to find more creative ways to market themselves during the pandemic and many did a great job in doing so, the return of live events has shown there really is no comparable substitute for face-to-face business engagement on the scale IBC can deliver,” adds Connolly.

“Technology has been forcibly accelerated across the industry and exhibitors are keen to demonstrate these advances to customers and prospects they haven’t seen face to face in three years in some cases. Virtual networking cannot compete with the physical networking opportunities IBC offers and, of course, our industry has always been one that relies on social interaction and is based on strong relationships – you can’t recreate the atmosphere of the Beach via Zoom drinks, for example.”

In terms of the technology on show, solutions that enable remote production, those that utilise cloud and 5G and that ease the transition to IP, as well as virtualised tools and so much more will be just some of the highlights on the showfloor.

New features via software upgrades are being introduced for nearly every Lawo radio product at IBC. Examples include v7.1 software for the new diamond broadcast mixing console, which adds informatics and usability features such as monitor section PPM meters and media-type icons, PPM meters in upper central displays, expanded source selection and access logic options. In addition, Version 4.4 of RƎLAY virtual radio software for Windows will debut at the show.

Avid, meanwhile, will focus on its storage solutions, with the latest range of Avid Nexis F-series storage engines boasting performance that can scale to more than 30GB per second. Avid Nexis VFS virtualises storage into a single pool of shared resources and features built-in intelligence to automate administrative tasks.

IBC visitors will be among the first to get their hands on the new Blackmagic Pocket Cinema Camera 6K G2, the latest model of the popular imager which includes an adjustable touchscreen, a larger battery for longer shooting, plus support for an optional electronic viewfinder.

In addition, Sony will be bringing its recently introduced HDC-F5500 system camera to IBC. Boasting a Super 35mm frame and a 4K CMOS global shutter image sensor, it is designed to give a cinematic look with easy integration into live production systems.

For Grass Valley, areas of focus include is its Kula IP switchers, with the Kombine licensed option introducing a new architecture, and the AMPP agile production and distribution platform, which now supports NDI v5.0. AMPP’s NDI Discovery Service allows operators to automatically find and list all NDI sources running on the network, including sources not loaded on any AMPP fabric. The sources can be quickly added to an AMPP dashboard and treated like any other source. To reduce I/O requirements for graphics, a single NDI stream supports alpha channel for both key and fill.

Open-source consultancy Igalia will be showcasing release 1.0 of the Wolvic XR browser. The company says it has been working on releasing APKs for some systems and making Wolvic available on the Oculus Quest via the App Lab.

Ai-Media, meanwhile, will introduce attendees to a captioning one-stop shop it created following its acquisition of EEG Enterprises in 2021. By integrating EEG’s advanced technology, Ai-Media claims to be the only vendor that can offer an end-to-end captioning and translation solution to meet any customer requirement or price point.

Elsewhere, 8K and cloud-optimised solutions will be on the menu at the Cinegy stand, with visitors being treated to demonstrations underpinned by the newly optimised Daniel2 codec. For example, there will be demos of how Cinegy Air Pro simplifies multichannel delivery, allowing customers to run many channels with flexibly configurable features from a single unit. A demo of Cinegy Capture will highlight how operators can work “with a rich client interface” running anywhere on the network, simultaneously generating all versions needed for archive, editing and remote working.

With advances in virtual production technology on many attendee agendas at IBC, Roe Visual is debuting the Ruby 1.9BV2, described as a high-performance, broadcast-grade HD-LED panel, while IP network transport software provider Caton is exhibiting a new application for collaborative and remote workflows called the Caton NDI Gateway. This application is designed to allow users to move and share high-resolution files beyond their local network.

Globecast is showcasing some key strategic growth initiatives as it seeks to drive its customers’ digital transformation. For example, it has built an ecosystem of partners to deliver end-to-end OTT video services via the cloud. The aim is to allow customers to better monetise their multiscreen offerings via secure, robust and flexible technologies with optimised business and technical solutions.

Away from the technology on the showfloor, there are also other highlights to look out for, according to Connolly. “The Accelerator Programme has a phenomenal array of brands working together across projects focusing on 5G, blockchain, remote production, volumetric video and XR among others,” he adds. “The Accelerator Zone will be in Hall 2 alongside our new Innovation Stage.

“In 2020, we had hoped to unveil Content Everywhere’s new home in the recently extended Hall 5 so we’re very proud to finally be able to reveal that and it will be bigger than ever. We also have the CE Stage in Hall 5 and the brand new Showcase Theatre in Hall 12 – all offering free content for attendees on the showfloor.

“The areas we’ve covered here are only a fraction of what will be on offer in Amsterdam in September – please don’t miss out and ensure you register and make your travel plans asap so you can be a part of what’s shaping up to be a great return to form for IBC.”