Captioning, subtitling and localisation specialist Ai-Media is making its debut as an IBC exhibitor this year as the company steps up efforts to target non-English language broadcasters in Europe.

Currently, the company largely sells its products to broadcasters in the UK, US and Australia. It supports around 100 different languages, but primarily focuses on English, French, German, Italian and Spanish. 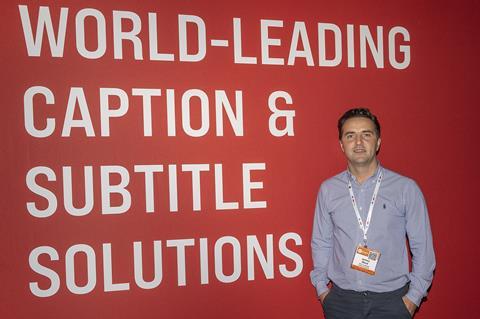 Ward: Ai-Media is a ‘one-stop shop’ for captioning services

According to Ward, live captioning has become a key focus area for the company, building on its heritage of captioning and subtitling services for the hard of hearing.

He also described Ai-Media as a “one-stop shop” for captioning services.

Ai-Media (the Ai stands for ‘access innovation’) was established in 2003. In May 2021, the company acquired EEG, a North American video and captioning technology company.