The next Netflix? Decentralising the entertainment industry

LiveTree promises to transform the creation and distribution of film and TV through blockchain technology, founder Ashley Turning explains how. 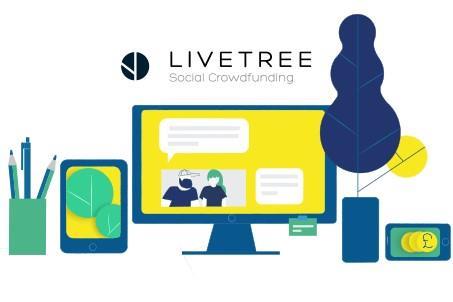 “Five to ten years from now people will look back on this time and say ‘that’s when things started to change’.”

Ashley Turing, founder and Chief Executive of LiveTree ADEPT, sees a paradigm shift happening towards decentralisation and a redistribution of wealth, with the film and TV industry playing a key role in this evolution.

With the ambition to disrupt the $500 billion entertainment industry by utilising blockchain technology, LiveTree ADEPT is billed as the world’s first completely transparent platform for end-to-end creation, funding and distribution of film and television.

Built on Ethereum blockchain technology, Turing believes decentralisation is the next progression of services such as Netflix and Amazon Prime, which the platform plans to rival and hopes to eventually supersede.

With their initial coin offering (ICO) having launched on 1 December, anyone who shares their vision has the chance to get in early.

“We started off with Internet 1.0 with hyperlinks and connecting webpages together. Then we moved on to Web 2.0, which saw the rise of huge superpowers within the internet - Amazon, Google, Netflix - who essentially take our information, commoditise it, and make money out of it, and this is the current centralised system.

“The blockchain offers us a decentralised system where we can connect to each other without the need of a third party. 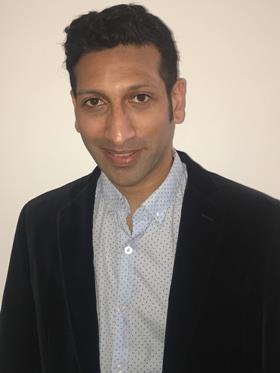 “In the case of Bitcoin it was without the need of a bank. Ethereum has gone one step further and said we aren’t just talking about a currency, we are talking about the most valuable asset that we have as humankind, which is information. So it decentralises information at its root core.

“The evolution of Ethereum in smart contracts is what I see as being really revolutionary. It’s taken two years to get the technology stabilised to a point that we can build industry changing applications that are founded on our values, which are about transparency, fairness, and empowering and helping people to take control back and be a part of the next generation.”

What is LiveTree ADEPT?

ADEPT (or Advanced Decentralised Entertainment Platform for Transparent distribution) is an end-to-end platform for the value chain of media:

1. Content creation – Like IMDB it connects people within the industry and provides smart contracts between them. Contracts can extend to fans as well, building a community that is incentivised to work on projects and build momentum around them.

2. Funding – Going beyond rewards-based crowdfunding it lets you buy and own a piece of the content IP and/or part of the distribution deal.

3. Distribution – LiveTree lets you publish to YouTube, Vimeo, its own channel ‘Blossom TV’, as well as provides the ability to publish through traditional broadcasters.

The interface will have content you can access to watch, projects you can get involved with, and the option to develop your own projects and connect to a like-minded community, all in one.

“A lot of content doesn’t get out there because it’s not commissioned or deemed financially viable. Hollywood execs can’t put enough guns and boobs in there to make the kind of cookie-cutter material they want.

“By breaking down these barriers a lot more stories will get to screen, and those stories will enrich our lives, expand our culture and connections, and change the world. That’s the goal.”

Another aspect of the platform is gamification.

As people raise money they can allocate profit shares to influencers who are incentivised to promote the project through unique links called ‘branches’.

Any contribution made as a result can be traced back so the influencer gets a cut.

There is also the option for community-built content. Creators can lay out questions about storylines, characters, casting options, and the community can participate in making these decisions.

“Think of it like a mosaic, and the community starts funding a particular part of the mosaic they want to see developed. This presents a ‘Pre-Pay-to-View’ model,” says 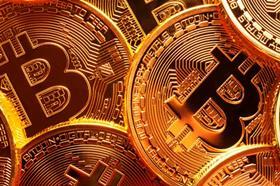 “The Bitcoin bubble represents the beginning of a migration of wealth from the top 1% to people who have made money out of cryptocurrency and are now reinvesting it into other crypto projects. It’s starting to trickle down.

“That bubble is not going to go away, it’s just going to get bigger and bigger. Five to ten years from now people will look back on this time and say ‘that’s when things started to change’ and the top 1% started to become a bit disempowered. And it might only go to 2% that have the wealth, but that’s a big change in the distribution of money. I believe LiveTree will be one of the big players in that next world. We’re trying to help move along the paradigm shift.”

“Using artificial intelligence, Netflix and YouTube match your viewing behaviour to what makes them the most money. And those algorithms are opaque, there’s no transparency there, and that’s a form of censorship because they’re using that to control the market and make them the most money.

“With Livetree ADEPT and BlossomTV those algorithms are completely open source, auditable and transparent, so your data is effectively protected. You can see how your data is being used and you can see how the market is being moved towards particular projects.

“Moving the digital rights to the blockchain, we give them some significant efficiency gains”

“I’m quite resolute to the fact that AI is here, it’s not going away, but it’s being imposed on us at the moment. It’s being used to replace jobs, but we have not really said that’s okay. You know, where was the vote for a driverless car? Where’s the transparency in these algorithms? That’s the key part of it. AI has its place and it’s a technology that can help in many different ways, but it needs to be something we can have an open discussion about around its usage and impact.”

LiveTree also use AI in building relevant contracts and licensing agreements. It simplifies the creation process of contracts and provides the ability to easily navigate through all the complexities.

Read more The future is artificial: AI adoption in broadcast and media

“At the moment one of the big challenges for broadcasters is video on demand (VOD).

”Big players like Netflix have stepped in and have dominated the market. Five years ago, awareness of Netflix was limited with few predicting such a huge market share. But now everyone wants to watch VOD and some of the top studios, broadcasters, and distributors are being cut out of that model.

“What our platform does is enable those broadcasters to connect with content creators and audiences at an early stage, and also reduce their legal and contractual fees that currently burden traditional mechanisms of distribution.

“By moving the digital rights to the blockchain, we give them some significant efficiency gains, from greater access to content and a broader range they can offer, to lower contractual and legal fees, and a quicker sales process.”

“By working with the industry, not against it, we’re building community participation, which is crucial to the success of this platform.

“A lot of sales execs worry ‘Is this going to replace my job?’ and the answer is no. There’s no moving around discussions with people, but what this will enable is a different type of distribution method, and a more efficient one that will save you money and open doors to more content getting out.”

The LiveTree token, called ‘SEED’ (symbol: SED), has been created in a fixed quantity. While other crowdfunding platform fees range from 5-20%, theirs is being offered at 2.5%.

The fees, as well as the subscriptions to BlossomTV, are converted into SEED, creating a demand on the fixed quantity, increasing value, and feeding its ‘depletion model’.

“A depletion model means we remove some of the currency from circulation. Because there is a fixed amount, if we remove some from circulation the value of it goes up. This is quite a new financial model for crypto. We worked with our economist to develop something that would really return value back to the people who buy SEED, especially now in the beginning.

Read more Bowie, blockchain and the future of media distribution