Mixed reality: the revolution is coming

The media and entertainment industry often finds itself momentarily gripped by over-hyped technologies. Mixed reality isn’t one of them, says Edward Tang.

The last decade has seen smartphones fundamentally change the way we live our lives. 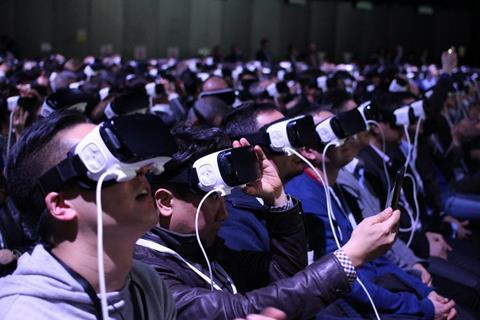 In particular, they have changed the entertainment industry and how people consume content. When people start looking at the mixed reality (MR) opportunity, they are going to look at it the same way, according to Edward Tang, Founder and Chief Technology Officer at Avegant.

“Many companies look at mixed reality devices as potentially replacing your smartphone and it’s pretty crazy to think that in the next decade or so we may not have smartphones anymore,” said Tang.

IBC2017 Edward Tang will speak as part of the panel Leaving the Hype Behind: Next frontier in VR, AR, MR and other realities in between

“We may all be wearing our mixed reality glasses and the idea of having a physical computer will disappear. That’s going to change the way we live our lives, work and communicate. That’s why it’s such a huge opportunity for the entire industry.”

Right now however, there is a certain scepticism in the broadcast market about alternative realities, including virtual reality (VR), augmented reality (AR), MR and the whole spectrum in between, that means that many companies are still waiting to invest.

Tang, however, is adamant there is no hype about this and that while VR may remain niche, mixed reality’s potential is limitless.

“Anywhere you can use a computer or smartphone is where mixed reality will be active. For enterprises, there are clear, high value problems such as collaboration that can be solved today with the right technology.

“On the other hand, the consumer market is coming way faster than we may realise; it’s more of a two year range than a 10 year range, as smartphone AR emerges. The next two years are going to be really intense. It will be the beginning of a whole new computer revolution.”

Tang is very excited about the AR efforts of Snapchat and about Apple’s recently released ARKit, which will put smartphone-based AR into the pockets of a few hundred million consumers within a few months.

“That’s not ultimately the best experience, but will go a long way to educating the consumer about what AR is and what they can do with it.

“It’s also going to encourage developers to start exploring all sorts of applications. It’s a wild idea to think that right now there are no consumers using AR, but that months from now there will be hundreds of millions of people using it.”

For broadcasters, mixed reality could turn out to be a more intuitive way of presenting information and according to Tang, people who work with content are really excited about what’s happening. Movie studios especially seem to be looking past traditional rectilinear content towards a time when people experience content in a realistic manner.

“It will be challenging for broadcasters in terms of technology integration within existing workflows, but they want to differentiate themselves, to find new effective ways to present information to people.

“When there are enough users, they will be motivated to find ways to appease those people. The technology is maturing quickly and it’s going to help the creation of content for this industry within the next year or two.” 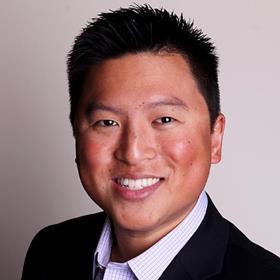 Edward Tang is the founder of Avegant and oversees its technical direction, from its groundbreaking Retinal Imaging Technology used in the award-winning Glyph to new developments in Light Field mixed reality displays.