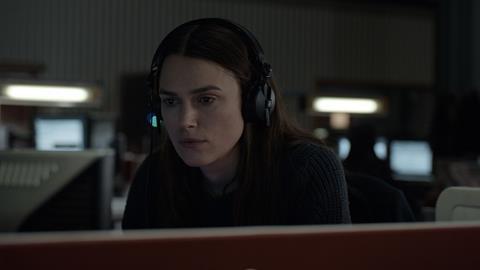 Behind the scenes: Official Secrets

Telling the story with lighting, Official Secrets cinematographer Florian Hoffmeister BSC speaks to Alana Foster on how he worked with director Gavin Hood to depict the story of one woman’s moral conundrum. 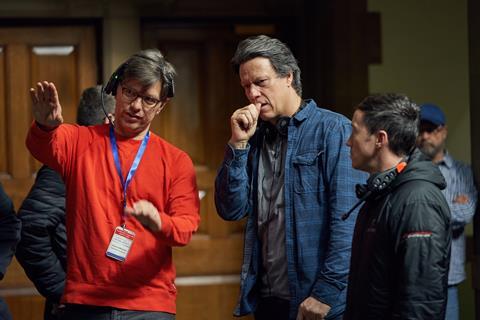 Creating a raw and bold account of the true events around British whistle-blower Katharine Gun was challenging for cinematographer Florian Hoffmeister, who says crafting the film to offer audiences authenticity and emotion was pivotal from even before filming.

The story depicts Gun, who in 2003 leaked information to the Observer about details regarding the illegal US campaign to spy on diplomats from the UN prior to the invasion of Iraq.

Attracted to the script and story behind one of modern history’s most courageous women, who risked her job and her freedom for the publics’ greater good, Hoffmeister says: “To me, lighting is another form of language”

He explains how important the composition and lighting process was to capture Keira Knightly - the iconic actress who plays the lead – ensuring she quickly becomes the understated emotional center of the film.

“All lighting decisions were based on Knightly; her performance was real, vulnerable and unglamorous,” he adds: “We were driven by that and I wanted to make sure the lighting felt very real, subtle and gave a dramatic structure to the narrative.”

Shaping the lighting around the storytelling was key ensuring the London-set film offered the subtleties of the city as well as Gun’s moral conundrum. 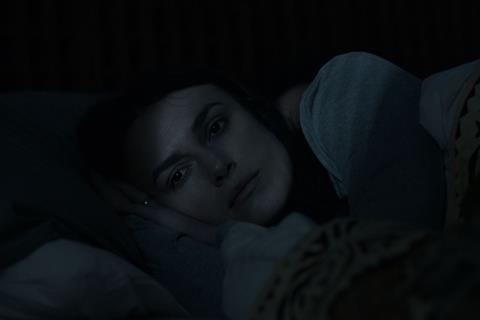 Hoffmeister: “All lighting decisions were based on Knightly”

“When we started the creative discussion, we had to decide how do you tell the story so it is accessible to everyone,” Hoffmeister explains: “You can’t spin the story and we knew the moment we misused the story for entertainment we would create reverse propaganda.

“The entire idea behind the style of the film is to not stylise the threat and thrill of Gun’s journey.”

The creatives decided to consciously de-stylise the entire production to attract a bigger audience, which Hoffmeister believes made the depiction more accessible to people on an emotional level without spinning the true events.

“My main interest was working with the lighting of the camera and interacting with Gavin Hood (who directed) to collaborate and enrich and shape the story so Knightly was at the centre but in a very subtle way.”

At times bold, the film documents how Gun risked everything for what she believed in, claiming her actions were to cause awareness within the public’s conscience in order to increase political pressure and push for the conflict to be avoided.

Upon admitting she was guilty of releasing the information to the press, she was charged with breaking the Official Secrets Act.

Hoffmeister explains: “Katharine put life on the line, her existence working in a country where she blew the whistle on corruption and ultimately tried to influence history as it happened.”

As such, Hood - whose most recent credits include Eye in the Sky and Ender’s Game- shared similar thoughts on the production values of the film.

“We enjoyed not shooting too close with very contemporary cinematic photography at play,” Hoffmeister explains.

He said Hood had a tight façade for his intentions of the film and wanted the frame to be unbreakable.

“Of course as DoP I had to sync up with that because that is his voice and my responsibility to set up the shots to create a canvas that would encompass the feeling of fragility and simplicity.

“I have always found it interesting how simple things like a backlight and front light can almost change the storytelling,” he explains “When we see a twinkle in the eye and when do we not.”

Dedicated disconnection
The film had its world premiere at the Sundance Film Festival in January 2019. Hoffmeister says the “Sundance audience was slightly confused, they didn’t necessarily understand why we held back on elements, but it was a conscious decision to distance and disconnect with the subject matter.”

Whilst the film was overall well-received at the Festival, a group of contemporary critics were not accustomed to the way the story is told.

Hoffmeister points to the changes in consumption habits and content delivery as a primary influencer on the audience’s opinion.

“The internet becoming a dominant distribution platform. This makes out that all storytelling should be created to jump out at you,” however the subject matter of Official Secrets, “would not lend itself to such a process, but a spy film could deliberately be dedicated to that.”

On the filming challenges, he says the “regular difficulties were not there, the biggest challenges were shooting in a restricted time and with the financial limits.”

The film, which was set in London, was mostly shot in Leeds with a comparatively low budget. Hoffmeister opted for the Sony Venice camera. He claims his main priority was “making sure the film conveyed the story correctly.” 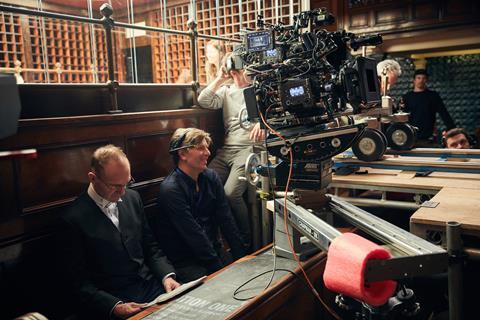 Sony Venice: Hoffmeister on set with camera of choice

He adds: “This was demanding on the actors with comprehending the legal language which takes time.”

Hoffmeister, who went to film school in Berlin in 1994, says his career has seen the “full gamut of the craft” evolve from celluloid to digital.

When asked about the impact of the internet as a distributor he answers: “We have come to the point where it is a global industry and now we can shoot in any country in the world and broadcast anywhere to anybody and that is how English-speaking productions can be organised.

“Filmmakers are finding it more and more accessible to access crew,” he added.

Hoffmeister lives in Berlin but works globally, he adds: “The film production industry is under incredible impact with an extreme amount of content being produced.”

Audiences today can tap and swipe if they don’t like something, with a multitude of content required to fuel the system, meaning it’s a competitive market.

“The chance for filmmakers to push the boundaries and a create a lot of content means it is a fascinating time to work in the industry as we will have to wait and see where it all ends up,” he explains “It reminds me of the changes to the music industry 10-15 years ago with iTunes and illegal streaming, people didn’t know we were in the middle of that.”

Technically speaking, Hoffmeister explains: “With 50mm lens which has a field of view of almost 32mm, even though you are photographing with a longer lens you get a wider field of view,” is a sweet spot for cinematography.

He says: “This means you can be physically close to the actors and depict them in an aesthetically pleasing way. The feel of a large format portrait lens creates intimacy and is an interesting exciting development in contemporary digital cinematography.”

Asked about his influencers, Hoffmeister says: “My main agenda is to shape my own voice. What can I bring to a story, how can I establish my emotional reactions to script and performance, with the tools I have, framing and lighting? Where shall I establish light and what shall disappear in shadow?

“I try and watch films by fellow filmmakers not as a blueprint to live up to or to copy but to see how they establish themselves in a common langue we share. If you look at Roger Deakins, for example, he has worked in a variety of genres, giving his films a range of different looks while managing to establish his own personal and distinct voice.”