Preparing for the HDR avalanche

The demand for greater quality images means that those crafting UHD and HDR content need to do so in a reliable and cost-effective way.

Sony Pictures Entertainment SVP of Technology Bill Baggelaar is passionate about Ultra HD, and in particular the visible difference High Dynamic Range (HDR) can make to a production. 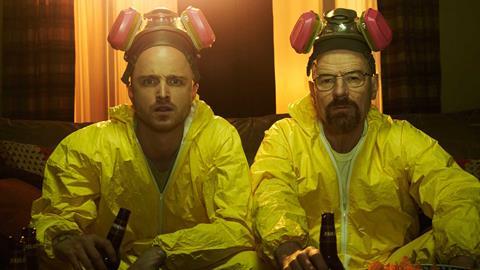 “We look at UHD right across the board, on all of our productions. Not all of our broadcast clients want us to finish a show in UHD/HDR but as far as episodic TV is concerned the technology is extremely important,” he says.

“It is also important to remember that a first transmission, perhaps of a show like The Blacklist (NBC), might not be required in 4K/HDR but ancillary sales (to Netflix) might require the improved quality. I don’t want to just focus on The Blacklist but you don’t want a situation where you have a wonderful hit show where Season five is in UHD with HDR but not Seasons one to four!

“It was the same with Breaking Bad [for AMC], where the series was shot on 35mm film, so we had the opportunity to go back and remaster all of the episodes in UHD. The entire series just looks wonderful on a 4K set.”

IBC2017 Bill  Baggelaar will take part in the panel discussion UHD from Lens to Screen: Who is calling the shots?

Baggelaar says that UHD/HDR does have an impact on cost and workflow. “However, I don’t want to say costs are less of a consideration but they are not so great if the workflow is designed to be efficient from the start.

“It is more a question of getting everyone on board for this new workflow. Of course, if you can’t accommodate creating HDR versions up front due to the schedule and have to go back to remaster when the time is right, then everyone needs to understand the added costs and constraints.”

However, he makes clear that Sony views HDR as a “growing area”. He says: “There are benefits all around, not least from Netflix and Amazon in terms of ancillary sales.

“Of course, all of our theatrical titles are created with streaming and Blu-ray disc, and now UHD Blu-Ray in mind. For TV I know that HDR is going to be increasingly important wherever we think there will be future demand. It might not be needed for today’s broadcast outlet, but down the line it has to be available.”

Baggelaar, not unnaturally, doesn’t want to suggest that movies and high-end drama are not important in driving consumers into the stores to buy HDR-equipped TV displays.

“Consumers do that for sport,” he admitted.

“But we add to the drive, the demand, for 4K. On the broadcasting side it is a fact that the networks love the benefits, and would transmit if they could.

“They just need to figure out how to do it in a reliable and cost-effective way. Then you’ll see an HDR avalanche happen.” 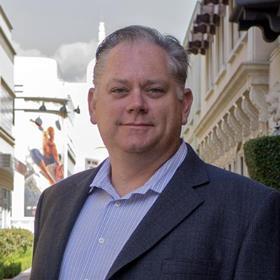 Bill Baggelaar is the Senior Vice-President of Technology for Production and Post-Production at Sony Pictures, where he is helping the studio to forge the future in digital film and TV production and post by utilising next generation workflows, tools and techniques.

Currently he is driving HDR and VR production, mastering, distribution and archiving. He joined Sony in 2011, focusing his efforts on streamlining and advancing 4K workflows from on-set capture to post-production for DI and mastering.

Baggelaar has been instrumental in driving the studio’s transition to the file-based world of IMF (Interoperable Master Format) for UltraHD. He led the team at Sony Pictures to help Sony develop the world’s first 4k video service, Sony’s “4K Video Unlimited”. Sony Pictures now has a large collection of titles finished as 4K/UHD IMF, and has a growing number of titles with High Dynamic Range included.

Prior to joining Sony Pictures, he was a Vice President of Technology at Warner Bros. Studios where he worked with the studio and the creative community to bring new technologies to feature animation, TV and film production.