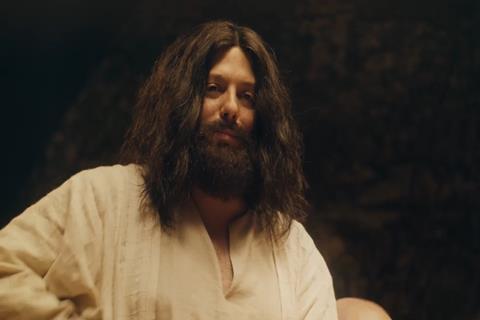 The Last Hangover: Brazillian Netflix original removed from the platform

Netflix has released its inaugural transparency report, disclosing the films and TV series it has removed from its service at the demand of foreign governments.

Since the streaming giant began in 2007 it has removed nine titles in total - between 2015 and 2020 - because of censorship pressures from governments across the globe.

At the request of the Saudi Arabian government, Netflix was forced to remove a single episode of Patriot Act With Hasan Minhaj after a segment was deemed “critical of the regime.”

Other titles removed by Netflix in individual countries include five in Singapore alone: The Last Hangover, The Last Temptation of Christ, Cooking on High, The Legend of 420 and Disjointed.

In 2017, Netflix pulled George Romero’s horror Night of the Living Dead in Germany where the film has been banned.

With the report, entitled Environmental Social Governance, Netflix aims to address the company’s responsibility to be more transparent about its impact on society and its governance structures.

It said: “We offer creators the ability to reach audiences all around the world. However, our catalogue varies from country to country, including for rights reasons (i.e., we don’t have the rights to show everything in every country where we operate).

“In some cases, we’ve also been forced to remove specific titles or episodes of titles in specific countries due to government takedown demands.”

The report, which will now be published annually, will focus on what is material to the business and the wider industry by using the Sustainability Accounting Standards Board (SASB) framework as a benchmark.

It’s environmental, social, and governance (ESG) performance will be calculated on its support to renewable projects to reduce the environmental impact of energy use globally, to ensure its storytelling entertains but also challenges prejudices, and increases empathy in understanding and having a progressive governance structure with diverse representatives.

In January this year, a Brazilian judge ordered Netflix to remove a Christmas comedy special The First Temptation of Christ, where Jesus is depicted as a gay man.

The series received “extreme criticism” in Brazil, according to a report from Variety, where it was reported the offices of the films production company was met with an attack from a Molotov cocktail on the morning of 24 December.

The creator Porta dos Fundos and Netflix both declined to make comment on the “binding” ban, which will stand unless another court rules otherwise.

The report outlined its ability to dub and subtitle in over 40 languages so people across the world can enjoy the stories even if they don’t speak the language, with the number of programming members watching outside their home country increasing by 10%.

In the US, where “foreign” language entertainment has traditionally struggled, non-English language viewing on Netflix has increased 23% year on year.

It added: “We see ‘international’ as much more than an export market for US content. Great stories are universal: they can come from anywhere and be loved everywhere. It’s why we’re investing in productions from many different countries.”

The nine TV shows and movies Netflix has removed: