Entertainment and tech firms pull out of Russia

Netflix and Avid have become the latest entertainment companies to stop doing business in Russia as a result of the invasion of Ukraine.

“Given the circumstances on the ground, we have decided to suspend our service in Russia,” Reuters quoted a Netflix spokesperson as saying. 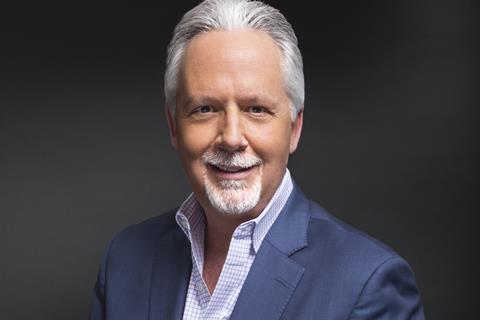 Earlier last week, Netflix temporarily stopped all future projects and acquisitions in Russia as it assessed the impact of Moscow’s invasion of Ukraine.

Avid announced on Friday that it has ceased all sales and support to all customers, users and resellers in Russia and Belarus.

Jeff Rosica, CEO & President, Avid Technology, said: “Russia’s political leaders have crossed a line by attacking the sovereign nation of Ukraine, which has resulted in harm and disruption to her people, including our Avid colleagues.

“Much of the world has responded with harsh economic sanctions – and Avid is joining them to apply pressure on the Russian regime. We simply cannot make it easier for Russia’s political leaders, through state-run and state-owned news and media organizations, to spread propaganda and disinformation.”

Companies like Microsoft, Apple, Samsung and Dell have announced that they have suspended sales in the country. US credit card companies Visa, Mastercard and American Express said over the weekend they would cut services in Russia,

All of the major studios have announced they will stop releasing their films in Russia. Major European distributors such as BBC Studios, All3Media, ITV Studios and Fremantle have also put trade with Russia on pause.

Last week, ITV chief executive Carolyn McCall revealed that ITV Studios had written to Russian broadcasters demanding that they drop local versions of I’m A Celebrity… Get Me Out Of Here! and The Voice Kids.

“We don’t want our shows broadcast in Russia,” said McCall during ITV’s annual results, in comments reported by Broadcast. “We are also not selling any new content into Russia.”

Meanwhile BBC News journalists in Russia have resumed their broadcasts, days after putting their work on hold after the introduction of a strict new media law.

The law threatens anyone deemed to have spread “fake” news about Russia’s armed forces with up to 15 years in jail.

A BBC statement said: “We have considered the implications of the new legislation alongside the urgent need to report from inside Russia.

“After careful deliberation we have decided to resume English language reporting from Russia this evening (Tuesday 8 March), after it was temporarily suspended at the end of last week.

“We will tell this crucial part of the story independently and impartially, adhering to the BBC’s strict editorial standards. The safety of our staff in Russia remains our number one priority.”