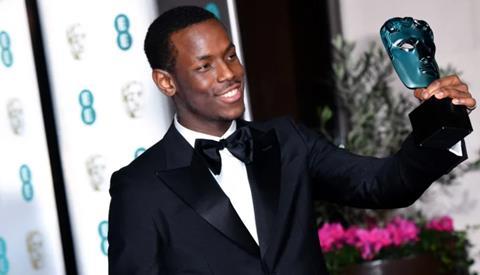 ITV has announced a Diversity Acceleration Plan which the UK media group says will create more opportunities for those from Black, Asian, minority ethnic and other underrepresented groups.

ITV said there are five key areas of action to the plan, which will be delivered over the next 12 months.

The first move is to create a new role of group diversity and inclusion director, who will sit on ITV’s management board and report to CEO Carolyn McCall. The new director will head up a new Diversity and Inclusion team to coordinate all of ITV’s diversity and inclusion activities. The role will be advertised internally with an appointment expected to be made in the next few weeks.

ITV says it aims to increase diversity on its management board and senior leadership teams, as well as creating opportunities for new senior leaders in commissioning and production

Secondly, ITV says commissioning will ensure the broadcaster better represents contemporary British life on screen within the next 12 months. The broadcaster has pledged to increase the diversity of presenters of its highest profile programmes as well as the lead actors in ITV dramas by helping talent from BAME backgrounds to land lead roles.

Thirdly, ITV says it will improve diversity and career progression in TV production. A ‘Step Up 60’ initiative will help 60 people to secure their first ITV senior editorial and production roles, including directing, writing or producing episodes of ITV’s new and returning drama, factual and entertainment shows.

Fourthly, ITV says it will take positive recruitment action. This includes up to 20 new opportunities in middle management and 40 new apprenticeships; a positive action campaign to support under represented candidates; a commitment to advertise all permanent roles and to advertise externally to ensure diverse pools of candidates; and the use of a variety of candidate selection and assessment tools to reduce unconscious bias.

Finally, ITV will introduce mandatory race and inclusion training for all staff and on-screen presenters and commentators; inclusive leadership training for all managers; and will launch a Race Forward development programme which enables minority ethnic talent progression and inclusive culture change.

ITV has pledged to report on progress on each of these commitments every year.

ITV is also establishing a Cultural Advisory Council – a group of independent external advisers who will advise on inclusion and diversity activities.

The new group diversity and inclusion director will lead and coordinate all the Plan’s activities.

“However, they do not paint the full picture and there’s much more work to be done to improve representation in our leadership roles as well as the presenters of our highest profile programmes, the lead actors in our dramas and behind the camera in commissioning and in key editorial roles, like writers, directors and producers.”

It is the latest move from a UK broadcaster to try and increase diversity in the sector. Last year, the BBC named June Sarpong to lead on its diversity and inclusion initiatives.

Sky has pledged £30 million to tackle racism, while the likes of YouTube have all announced new plans in the wake of the Black Lives Matter protests and the killing of George Floyd.