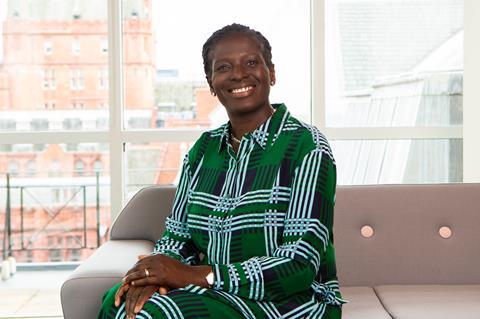 Currently director of creative diversity, Rawcliffe will become a member of ITV’s management board, making ITV the first FTSE 100 company with a dedicated diversity director on its executive board.

Her appointment comes a month after ITV announced its Diversity Acceleration Plan, which the UK media group says will create more opportunities for those from Black, Asian, minority ethnic and other underrepresented groups.

It also comes as many UK broadcasters and producers seek to improve diversity in the TV industry since the killing of George Floyd in May, and the ensuing Black Lives Matter protests.

Rawcliffe will lead ITV’s D&I strategy and will partner with management board leaders, the commissioning teams, social purpose team and the HR team to deliver the Diversity Acceleration Plan.

She will also work with key stakeholders in the industry to deliver ITV’s on and off-screen diversity ambitions.

Rawcliffe started her career as a freelance producer working across BBC, ITV and Channel 4 on a variety of programmes from Sport Relief to Big Brother.  She then spent four years at BBC Sport as a producer on live major sporting events, including The Olympic Games, The Winter Olympics and The Commonwealth Games.  She spent more than 10 years at Channel 4, latterly as creative diversity manager.

McCall said: “Putting this new role on the Board ensures diversity is part of business discussion and decision making at the most senior level. Ade was the outstanding candidate for this role and I am really pleased she will become ITV’s first Group Director of Diversity and Inclusion.  Her appointment is a demonstration of our commitment to improve diversity and inclusion in ITV.

Rawcliffe said: “I feel passionately that all our viewers should see their lives and experiences authentically represented onscreen. I believe that talent is all around us and that opportunities behind the camera and more generally within ITV itself should be equally accessible to all. This is the right thing to do, but there is also a proven business case for greater diversity and better representation.”

IBC Podcast: The first episode of The IBC Podcast features discussions with RTS Diversity Committee chair Angela Ferreira and Avid chief executive Jeff Rosica, as well as an introduction to the IBC Accelerators.