Comedian Chris Rock is to become the first artist to perform live on Netflix for the company’s first-ever live, global streaming event.

The comedy special is set to stream in early 2023. Additional details will be announced at a later date. 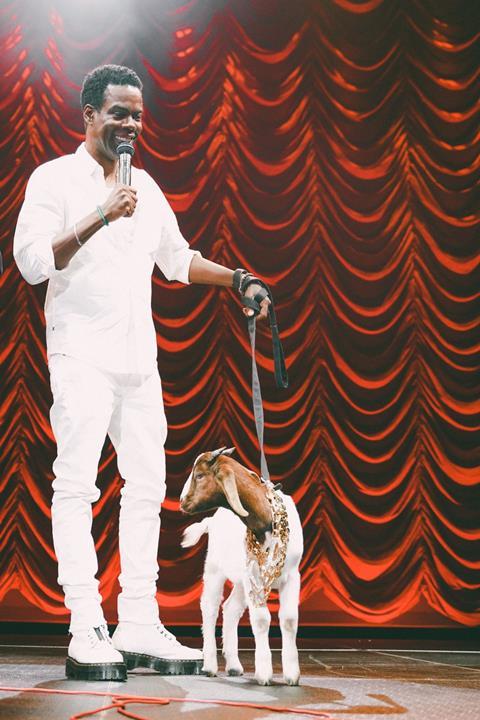 News of Chris Rock’s live performance suggests that Netflix is beginning to experiment with screening live events, and could lead to more live content on Netflix such as sport, real-time reality TV and other major events.

Until now, must-see live programming has remained an area where traditional broadcasters still have dominance.

Netflix is reportedly interested in offering live sports on its platform but is said to be keen to avoid bidding wars. The streaming giant was in talks to buy the World Surf League last year but discussions broke down when the two sides could not settle on a price tag, according to the Wall Street Journal.

Netflix also reportedly bid for the US Formula 1 rights following the success of its docu-series on the sport, Drive to Survive, but lost out to ESPN.

It is also said to have turned its attention to tennis, having been in the running for the streaming rights to the ATP tennis tour for countries including the UK and France but eventually dropped out of the bidding race.

The company also reportedly considered bidding for the right to the Women’s Tennis Association in the UK.

Chris Rock is one of the most iconic and important comedic voices of our generation,” said Robbie Praw, Netflix Vice President of Stand-up and Comedy Formats. “We’re thrilled the entire world will be able to experience a live Chris Rock comedy event and be a part of Netflix history. This will be an unforgettable moment and we’re so honoured that Chris is carrying this torch.”

With Netflix reporting over 100M households using another household’s account, and starting to experiment with ways to monetise password sharing, understanding the magnitude of sharing behaviour and taking action offers service operators with the potential to quickly find and monetise new viewers. In this session, Synamedia’s webinar will run through the best techniques to identify sharing behaviour and what to do about it – turning a big challenge into an exciting opportunity.