Rise, the advocacy group for gender diversity in the media technology sector, announced the winners for the 2022 Rise Awards at a ceremony at BT Sport Studios last week.

More than 250 guests attended the in-person event, held in partnership with BT Sport and Timeline Television. The ceremony was also streamed globally on Rise’s YouTube channel. 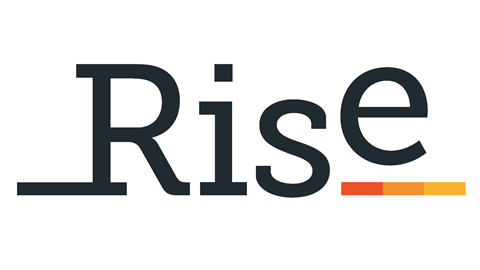 Rise announced the winners for the 2022 Rise Awards

Over 300 nominations were received from around the globe, highlighting the talents and achievements of women working in a variety of media technology roles. This year, Rise introduced three new awards; Ally, Business Operations and Project Management or Delivery.

The Woman of the Year Award, sponsored by Zixi, was announced before the event. The winner, Daniella Weigner, co-founder and managing director of Cinegy GmbH, was honoured for significant contribution within her field and her work to support Cinegy’s staff and their loved ones severely impacted by the war in Ukraine.

A Special Recognition Award was presented to Mitzi Dominguez, CEO of Clear-Com and President, HME at the ceremony for her continued determination and commitment to creating a more diverse and supportive environment for women in our industry.

Andy Beale, co-founder of Rise Up Academy and head of engineering and innovation at BT Sport, said: “The Rise Awards shine an important light on the invaluable contributions made by women in the industry, and serve to inspire younger women as we move towards a more gender balanced workforce.”

Daniel McDonnell, CEO of Timeline TV, said: “We are proud to co-host this year’s Rise Awards, honouring remarkable women for their work in the broadcast media technology sector and celebrating their outstanding achievements.”

Sadie Groom, founder and co-director, Rise, added: “A big warm congratulations to all of our winners and those shortlisted for this year’s awards ceremony. The calibre of talented women in our industry from across the globe is truly extraordinary and it was wonderful to celebrate the achievements of so many inspirational women at this amazing ceremony.”

Rise was formed in 2017 to support and promote women working in the non-craft part of the broadcast industry in operations, engineering, sales, marketing and business. Since its conception, Rise has grown to become a global network hosting events at Broadcast Asia, IBC and NAB. In Spring 2019, Rise won the National Women’s Mentoring Award at the National Mentoring Awards.

2022 Rise Award winners (in bold), and those shortlisted, are:

Business, sponsored by Live U

Student of the Year Award sponsored by SMPTE