The Royal Television Society (RTS) has awarded the recipients of its 2022 undergraduate bursaries.

The prestigious RTS bursary schemes support young people from lower income backgrounds who are interested in working in the television industry, from production or related subjects through to technology roles. 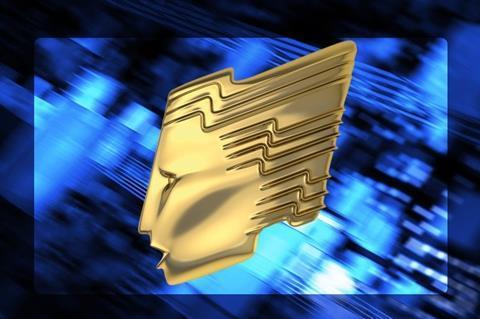 The total number of bursaries being awarded this year is a record high since 2014, owing to the generous support from across the industry for the schemes. Two recipients this year will receive support from the Steve Hewlett Memorial Fund, and STV is continuing its significant support, providing 10 of the bursaries for 2022.

New for this year is the Beryl Vertue Scholarship supported by Hartswood Films, designed to commemorate Beryl Vertue’s career in the media industry by supporting one talented and committed television production scholar per year for the duration of their studies. The Scholar will be chosen each year by Beryl’s daughters, Sue and Debbie Vertue, from among the top scoring applicants for the RTS Television Production and Journalism Bursary.

The successful recipients attend 29 universities and institutions across the UK and will receive £1,000 per year to assist with their expenses and living costs along with a free RTS membership while studying, with an additional year after they graduate. In their final year of study, the RTS will also aim to set up mentoring opportunities matching each awardee with one of their industry members. The Steve Hewlett scholarship recipient will receive £2,000 per annum from the Steve Hewlett Memorial Fund supported by the RTS and The Media Society, alongside the Beryl Vertue scholar who will also receive £2,000 per annum.

The recipient of this year’s Beryl Vertue scholarship is: Saleem Miah.

Theresa Wise, RTS CEO, said: “Year upon year the RTS scholars continue to create fantastic work and push our industry forward through their creativity and innovation. This year’s bursary recipients are no different, and we’re delighted to recognise their achievements and also provide them with the industry support required to help them on their journey to a career in the television space.”

Sue and Debbie Vertue of Hartswood Films, said: “We are honoured to be continuing our mother’s legacy and passion for the television industry by supporting the RTS bursary scheme. Beryl was a huge advocate for supporting the next generation of television production talent, so it’s a fitting tribute to be awarding a bursary in her name. The recipients of this year’s bursaries have shown that the television industry is set for a very bright future, and it’s a privilege to help provide opportunities for them to reach their full potential.”

To date, the RTS has invested over £1million in the scheme, awarding nearly 300 bursaries in total and supporting scholars throughout their education. Donations to support the scheme from All3media, Steve Hewlett Fund, Hartswood Films, STV, ITV Daytime, and YouView have continued to enable the scheme to grow and flourish, with over 80% of the graduates from the first five years of intake working in Television or related industries.

Danielle Russell, Film and Literature, The University of Warwick

Elizabeth Adejumo, Digital Media and Communications, The University of Westminster

Poppy Marr, Film and Television, University of the Arts London

Samantha MacAlister, Broadcast Production Television & Radio, The University of the West of Scotland

lone Gildroy, French and Italian, The University of Edinburgh

Andrew McFarlane, Broadcast Production Television & Radio, The University of the West of Scotland