Stars rally behind Channel 4 and BBC at BAFTA TV Awards

Public service broadcasters won the lion’s share of prizes at the BAFTA Television Awards, which saw stars and leading industry figures speak out against the privatisation of Channel 4 and changes to the BBC licence fee.

Director Steve McQueen, who won an award for his BBC One documentary series Uprising, told the audience at the Royal Festival Hall in London that the public should “hold tight” to the BBC and Channel 4. 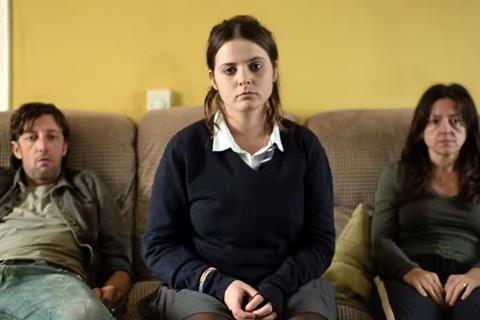 BAFTA winner and BBC production In My Skin

Comedian Holly Walsh, who writes Motherland, told the room: “Public service broadcasting is a testament to what makes the BBC and Channel 4 so bloody fantastic.”

Opening the ceremony, BAFTA chair Krishnendu Majumdar said: “The way we make TV in this country is unique - with the delicate ecosystem of different broadcasters co-existing with newer streaming platforms. While we welcome and embrace innovation and evolution, we should also cherish public service broadcasting.”

The comments came soon after the UK government confirmed its plans to overhaul the BBC licence fee and to privatise Channel 4.

At the BAFTAs, the BBC won in nine categories including drama series for In My Skin, scripted comedy for Motherland, factual series for Uprising, single drama for Together and mini-series for Time.

Dave scored a double with Big Zuu’s Big Eats, which won in the entertainment performance and features categories.

Sean Bean won the leading actor award for his performance in Time, his second BAFTA win.

Matthew Macfadyen, a first-time nominee, won for his performance in HBO drama Succession in the supporting actor category.

Sophie Willan won in female performance in a comedy programme for playing the titular character in BBC Two’s Alma’s Not Normal.

Our Land won the BAFTA for Short Form Programme.

The Underground Railroad, the US series about escape from slavery in the Deep South, won in the International category.

The Abu Dhabi Grand Prix triumphed in the Sport category, while the award for Live Event was presented to The Earthshot Prize 2021.

The Fellowship was presented to Sir Billy Connolly.

Virgin Media’s Must-See Moment, the only award voted for by the public, was won by Rose and Giovanni’s silent dance to ‘Symphony’ on Strictly Come Dancing.

This year’s BAFTA Awards were hosted by Richard Ayoade.