UK government to press ahead with Channel 4 privatisation

The UK government has decided to move ahead with plans to privatise Channel 4, it has been widely reported this week.

The future of the free-to-air public service broadcaster, which is funded by advertising, has been under discussion for some time. 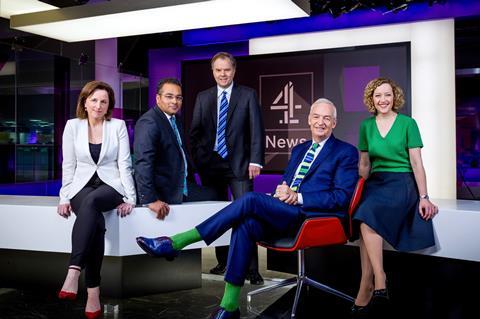 Culture Secretary Nadine Dorries said: “Channel 4 rightly holds a cherished place in British life and I want that to remain the case. I have come to the conclusion that government ownership is holding Channel 4 back from competing against streaming giants like Netflix and Amazon.

“A change of ownership will give Channel 4 the tools and freedom to flourish and thrive as a public service broadcaster long into the future.”

In a statement, Channel 4 said: “Channel 4 has engaged in good faith with the government throughout the consultation process, demonstrating how it can continue to commission much-loved programmes from the independent sector across the UK that represent and celebrate every aspect of British life as well as increase its contribution to society, while maintaining ownership by the public.

“Recently, Channel 4 presented DCMS with a real alternative to privatisation that would safeguard its future financial stability, allowing it to do significantly more for the British public, the creative industries and the economy, particularly outside London. This is particularly important given that the organisation is only two years into a significant commitment to drive up its impact in the UK’s Nations and Regions.

“Channel 4 remains legally committed to its unique public-service remit. The focus for the organisation will be on how we can ensure we deliver the remit to both our viewers and the British creative economy across the whole of the UK.

“The proposal to privatise Channel 4 will require a lengthy legislative process and political debate. We will of course continue to engage with DCMS, government and Parliament, and do everything we can to ensure that Channel 4 continues to play its unique part in Britain’s creative ecology and national life.”

Plans for the sale are expected to be included in May’s Queen’s Speech.