Many of the presentations at IBC2022 have been highly popular affairs, but a clear standout on day one was a completely compelling presentation in the Showcase Theatre, ‘Creating visual effects for Netflix’s Stranger Things’.

The presentation focussed on the work done by Accenture Song for Netflix’s Stranger Things season four, specifically around the VFX work to bring the main antagonist, Vecna to life on-screen. The scene examined is the culminating moment in an epic season finale - not only central to the plot, as the actors attack the main antagonist - but also complicated by the method of attack, flinging Molotov cocktails. 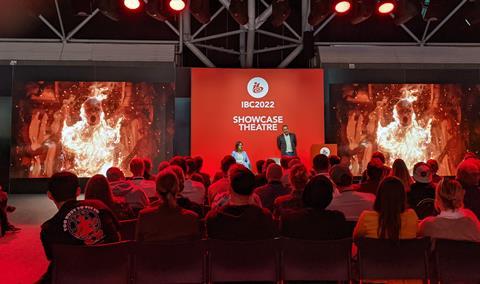 Juri Stanossek, VFX Supervisor, Accenture Song detailed the complexity of the creative process with gusto, explaining a few of the bewilderingly complex variables at play. One in particular was the problem of rendering fire in a realistic way, a challenge by anyone’s standards:

“The first thing we always do, and the most important thing, is having a look [at fire] in real life and search on YouTube. You’ll find a lot of examples of how burning guys are and this is our perfect reference because our sequence was shot in slo mo and to do slo mo fire is I think even more challenging than having to show it in normal time.”

Aside from creating a believably moving, burning Vecna, the mechanics of creating slow-motion shots of Molotov cocktails flying through the air is not simple either, according to Stanossek. “You have to make the most complex Molotov cocktails ever! Yeah, you’re laughing but it’s really not that easy to have a bottle with liquid in it [thrown through the air] getting everything to work really well.” 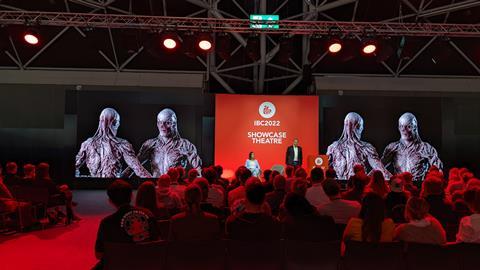 Stanossek continued to outline the process, highlighting the painstaking nature of each stage: “You are using all the experience you have to add this fire to a moving character because everything is different when the character is moving.

”Therefore we started to make different setups with different brightness, we added embers to the smoke, and made the fire grow. And after about two months we had completed the R&D and could then take the shots.”

After that volume of work, the process was only just beginning: “ Then we have to present our stuff to the client after two months of development. [You must not] show the client anything before this point, because it is ‘in between’, and some elements will probably make the client nervous - but hopefully they will get it and stay calm!”