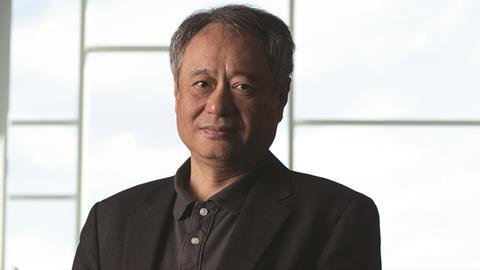 Director and two-time Oscar winner Mr Ang Lee talks about the challenges he faced working with such extreme frame rates in 3D.

“The reality of it triggers your mind to react so differently to the way we are used to seeing,” said Lee, of  the unprecedented visual format of Billy Lynn’s Long Halftime Walk , which was presented in 3D 4K and 120fps at an electrifying keynote to a packed house at IBC2016.

However, Lee is the first to admit that pioneering extreme frame rates in 3D was a gruelling experience, which caused the whole creative team to question what they were seeing.

“I shot 12 movies before this, so I’m a pretty experienced filmmaker, but this has been humbling,” he says. “Every answer we stumble on opens up ten questions. The shoot has been about survival.”

Even basic decisions like pulling focus were a problem, given that the amount of data – 40 times that of a conventional shoot – meant there was no way to play back the high fidelity images on set, or to edit them at 120fps in post. 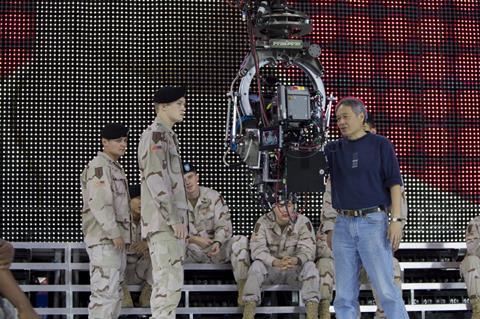 “It was impossible to see what we were shooting,” he reveals “How should actors look at each other – since the way we engage with a face is entirely different at 120? How do we light anything? The amount of information getting to your eyes makes you question everything you think you know about filmmaking.” 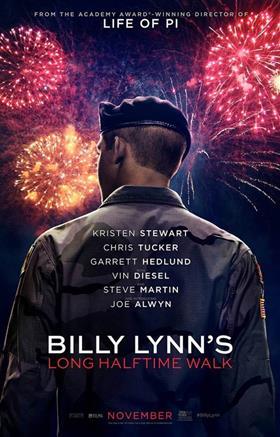 The movie pushed the boundaries in production

He adds, “When we saw dailies at 60 frames we could only guess what it might be like at 120. In reality, the look of 120 is different even to what we see with our own eyes.”

Billy Lynn’s Long Halftime Walk, starring Joe Alwyn, Kristen Stewart and Vin Diesel, centres on the celebration of a soldier’s homecoming from a tour of Iraq at an NFL football game.

“Coming back to Dallas from war must have been a crazy adrenalin-driven situation,” says Lee. “Real life must have seemed so unrealistic to them. So there was a parallel, for me, in telling this story and getting inside the soldier’s mindset, with changing the way we are used to seeing movies.”

Lee studied theatre at the University of Illinois at Urbana-Champaign, and then film at NYU Tisch School of the Arts. He directed the international hit Crouching Tiger, Hidden Dragon and films as diverse as Hulk and Sense and Sensibility, winning Best Director Oscars for Brokeback Mountain and Life of Pi.

He also picked up IBC’s highest award, the International Honour for Excellence, in 2016.

“In the past few years, I have come strongly to believe that new technology will upgrade filmmaking in terms of storytelling,” he adds. “I made Life of Pi in 3D not just to immerse the audience in the world on screen, but as a way of adding depth to the characters and the ideas which move them.”

However, Lee was keen to shoot at high frame rates to overcome the 3D strobing which he felt blighted the translation of actor’s performances on screen in sections of Life of Pi. 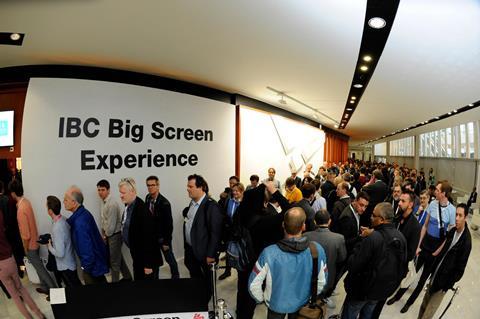 “I believe that [high frame rate productions] will eventually become the norm but to get to that point, filmmaking needs to change, and the culture of watching a movie needs to change.”

Only a handful of cinemas will be outfitted with the dual projectors required to present the film at it fullest specification, with the majority of cinemas able to screen either 2K 3D 60 or 2K 2D 120.

IBC delegates were treated to sequences from the film in full quality, thanks to a special installation of technology from Christie and Dolby.

“We are still experimenting with this new language,” he adds. “I am dumb about technology to be honest…” 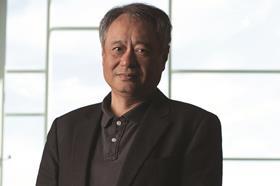 Taiwan-born Ang Lee (Director/Producer) is one of the world’s most revered and honored film directors with a resume comprised of numerous awards and accomplishments.

Lee’s latest directorial project Billy Lynns’s Long Halftime Walk was be released worldwide in November 2016 by Sony. The  film was shot at 120 frames per second and will combine 3D and 4K technology for a truly groundbreaking cinematic experience.

Based on the critically acclaimed book by Ben Fountain and adapted by Simon Beafoy and Jean-Christophe Castelli, the film is told from the point of view of 19-year-old private Billy Lynn, who, along with his fellow soldiers in Bravo Squad, has been hailed as a hero and brought home for a victory tour after a harrowing Iraq battle.

Lee’s Lust, Caution swept Asia’s Golden Horse Awards (Taiwan’s equivalent of the Academy Awards), with eight wins including Best Film; it is one of the highest-grossing and most critically acclaimed films in the history of Chinese-language cinema. The film also won the Golden Lion Award at the Venice Film Festival in 2007.

In 1995, Lee directed Sense and Sensibility, starring Emma Thompson and Kate Winslet. The film was nominated for seven Academy Awards, including Best Picture, and won for Best Adapted Screenplay. Sense and Sensibility also won the Golden Bear for Best Film at the Berlin International Film Festival, Golden Globe Awards for Best Picture [Drama] and Best Screenplay, and was named Best Picture by Bafta, the Boston Society of Film Critics, and the National Board of Review. Lee was cited as Best Director by the New York Film Critics Circle, the National Board of Review, and the Boston Society of Film Critics.

His first feature film, Pushing Hands, was screened at the 1992 Berlin International Film Festival and won Best Film at the Asian-Pacific Film Festival. The film was also nominated for nine Golden Horse Awards. Pushing Hands was the first film in his “Father Knows Best” trilogy.

The second installment, The Wedding Banquet, opened following its Berlin premiere and received the Golden Bear for Best Film at the Berlin International Film Festival.

Lee’s additional directorial credits include Taking Woodstock, Hulk, Ride With the Devil and The Ice Storm.

After receiving a Bachelor of Fine Arts in theatre from the University of Illinois, he went to New York University to complete a Masters of Fine Arts Degree in film production.