Analysis: What next for Netflix and Amazon?

Whether it is making headlines at the Cannes Film Festival or the UK’s Bafta awards, or simply announcing yet another impressive quarter-year of results and new subscriber growth, Netflix and Amazon Prime Video continue to dazzle Hollywood – and viewers – with their offerings.

IHS Markit says that between 2013 and 2015, Netflix and Amazon more than doubled their annual expenditure on programming.

Indeed, Netflix and Amazon are the new, flash kids on the block. They don’t quite outspend the likes of Disney ($11.9 billion) or NBC Universal ($10.3 billion) but they top every other major name in the media business.

Netflix is also a different beast where just about everything it touches comes with a superlative attached. Its most recent trading results saw the broadcaster (or should that be ‘narrowcaster’) announce record subs numbers touching 100 million, although a slowing of its North American numbers, and a thumping $2.64 billion revenue for the quarter-year, and an anticipated spend on original movies and TV shows of at least $6 billion during 2017.

The speed of this growth is quite remarkable. For example, Netflix announced its quarterly results on 24 April, when it revealed 98.75 million subscribers, but savvy analysts noticed that Netflix had already made 40% of its target 5.5 million numbers for its second quarter in just three weeks. Sky or Canal Plus would be delighted with that kind of progress.

Netflix is a quoted company, therefore the world’s business analysts can inspect every penny-worth of progress. The consensus is that one way or another it will burn through a staggering $2 billion of cash this financial year. It will spend more than $1 billion this year on marketing – and the bottom line for its ‘conventional’ pay-TV broadcasters is that they have not a prayer of keeping up with this level of investment.

HBO, by comparison, spends about $2 billion a year on programming.

Few doubt that some of this programming investment will be wasted. Every Netflix show will not be of the scale of House of Cards or The Crown, and not every Amazon show will match The Grand Tour and to date there’s little sport on Netflix, but Amazon is dipping its toes into the water, and by common consensus sport is needed to secure loyal eyeballs. But the commitment to original programming is staggering.

This May saw Amazon get into ‘a la carte’ channel re-transmission in the US and UK. Amazon’s new platform allows customers to select from more than 40 on-demand TV channels. These include ITV, Discovery, Eurosport, MGM and Amazon’s own curated Bollywood channel Heera. Discovery is providing the best-known pay-TV channels to the service, offering Eurosport for £6.99 a month and Discovery for £4.99 a month.

Equity analysts said these announcements were a small negative for Sky. 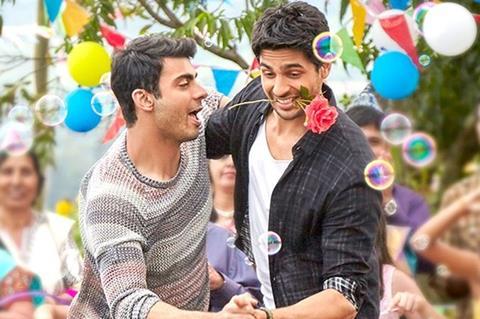 “The larger worry for European broadcasters will be if Amazon now follows up their more ambitious North American move into live sport,” said analysts at investment bank Exane/BNP-Paribas.

“Amazon’s announcement that of a deal to stream 10 of the NFL’s ‘Thursday Night Football’ games while Twitter now broadcasts some golf and women’s basketball and Facebook streams MLB.

“Amazon has already got Bundesliga audio internet rights and will start live-streaming the French Open via Eurosport but further expansion into European premium sports content by any of the Google/Facebook/Amazon/Netflix will be taken negatively for broadcasters.”

Will Amazon or Netflix get into more mainstream sport? The fact remains that the correct comment in these challenging times is ‘never say never’.

Competition is good, despite the fact that these deep-pocketed players can outspend all-comers and this – inevitably – will have the result of sending the costs of premium sports ever-higher. One number-cruncher has said that (American) Football is the most popular sport in the US and that a half-million new Amazon subs at $99 a year would easily fund its domination.

Netflix currently says ‘no way’ to sports, but the consensus is that a move to mop up sports rights is inevitable.

And that could be a kick in the teeth for the likes of Sky and Canal Plus.